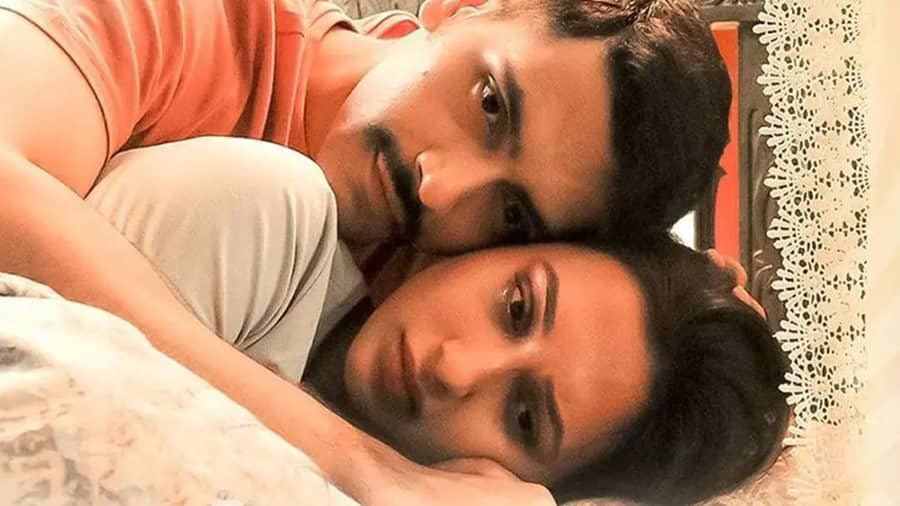 After Byomkesh, Mitin Mashi and Shabor, Arindam Sil’s passion for thrillers has taken a new turn with his latest directorial venture Khela Jawkhon. Starring Mimi Chakraborty in the lead, it follows a woman who wakes up from a coma with scant memory of her past and then struggles to make sense of what is real and what is not.

A woman’s  journey of self-discovery

The story revolves around Urmi (Mimi Chakraborty), who was in a comatose state for seven months after an accident in which she also lost her son. With the help of Urmi’s in-laws, Dr Shalaka Lal (June Maliah) implants memories in her brain. But Urmi begins to question her ‘new’ reality soon after as she begins to have nightmares that indicate a different past .

It is evident that something is amiss as Urmi’s attempts to broach the topic of her dead son are hushed up immediately by her husband Sagnik (Arjun Chakrabarty). Even her sister-in-law Apala (Susmita Chatterjee) and her parents-in-law (played by Barun Chanda and Alakananda Ray) are clearly hiding something. In a Shutter Island-like twist, Urmi is faced with shocking truths that put a question mark on her identity. She starts wondering if the people around her are really her kin and goes on a mission to find the truth.

A gothic setting and a bizarre climax

Sil’s psychological thriller has been extensively shot in a palatial mansion located somewhere on the West Bengal-Odisha border. There is a gothic air about the film— an eerie silence hangs in the chambers, some danger seems to lurk behind closed doors and closets appear to be hiding away unpalatable secrets. Bickram Ghosh’s understated score only heightens the atmosphere.

For the first one hour, a taut screenplay casts the net of mystery and suspicion far and wide. An international bank fraud, a stranger stalking Urmi and warning her about the in-laws, a phone call from Urmi’s father (played by Harsh Chhaya) that cannot exceed three minutes and a mysterious sighting of Urmi’s dead son — writer Arijit Biswas brings in his Andhadhun expertise to pique our curiosity.

But it’s in putting the pieces of the puzzle together that the makers hit a block. In a bizarre climax — a hat tip to Quentin Tarantino’s Pulp Fiction and Anurag Kashyap’s Gangs of Wasseypur — the course of the story changes, leaving us flummoxed.

Praiseworthy performances by Mimi and Arjun

In spite of the confounding climax, Khela Jawkhon is an engrossing watch thanks to the performances by its ensemble cast. Mimi Chakraborty, whose last film outing was a family drama, excels in a complex, cerebral role. She portrays a range of emotions — loss, grief, anger, guilt and cunning — with surprising maturity.

Arjun Chakrabarty’s Sagnik stands like a rock by her side as the enigmatic husband, never betraying his emotions. His calm persona is in stark contrast to Urmi’s emotional upheaval. Among the rest, Susmita Chatterjee stands out as Urmi’s spunky sister-in-law. Anindya Chatterjee, Harsh Chhaya, Barun Chanda, June Maliah and Alakananda Ray fit their roles to the tee.