Advertisement
Home / Entertainment / Kung Fu Panda: The Dragon Knight is a far cry from the movies that made Po a fan favourite

Kung Fu Panda: The Dragon Knight is a far cry from the movies that made Po a fan favourite

From the absence of the Furious Five to long and fluffy episodes, the Kung Fu Panda Netflix show is not relatable to a lot of Po fans 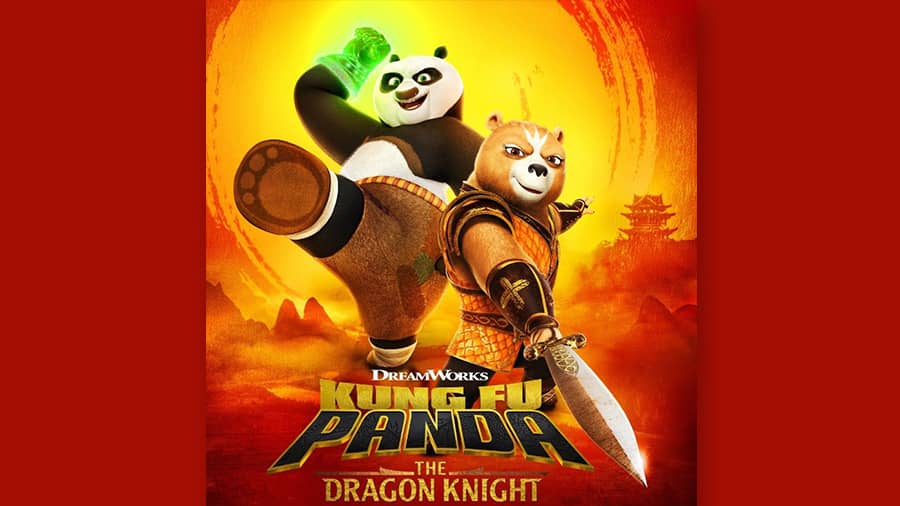 Kung Fu Panda: The Dragon Knight, the latest Kung Fu Panda spin-off streaming on Netflix, is a far cry from the memorable movies that made Po the Panda one of our most beloved animated characters. Even though Jack Black’s return as Po’s voice in the series adds a sense of familiarity to the show, it fails to make up for the lack of characters from the Kung Fu Panda movies and a storyline that might sit well with a younger audience.

In 2008, DreamWorks Animation Studio started the Kung Fu Panda franchise with a film of the same name. The success of the first movie led to two subsequent films — Kung Fu Panda 2 (2011) and Kung Fu Panda 3 (2016). Since the first film, there have been several spin-off series and specials aside from the two sequels.

Here’s how the latest Kung Fu Panda spin-off deviated from the memorable movies:

Lack of characters seen in the movie

Po may be the lead of Kung Fu Panda but in the original movie, every character carved a place in our hearts. The wise Grand Master Oogway, the sceptical Master Shifu and the impressive Furious Five – Master Tigress, Master Viper, Master Crane, Master Mantis and Master Monkey – all had an integral role to play in the first movie. The subsequent movies also saw the return of these characters along with the introduction of new ones.

The only old characters in Kung Fu Panda: The Dragon Knight are Po and his adoptive goose father Mr Ping. Some of the new characters are Luthera the Wandering Blade, the Dumont siblings (Klaus and Veruca) and The Emperor. However, the absence of the Furious Five is deeply felt in the series. With Po stripped of his title and under threat, it is strange that none of his Kung Fu master buddies come to his aid.

Too long and too many episodes

This show has 11 episodes, each around 24 minutes long. The original Kung Fu Panda movie was impactful as it created the whole mystical Chinese world filled with anthropomorphic animals in one-and-a-half hours. The second and the third movies gave us a deeper understanding of Po’s past. Kung Fu Panda: The Dragon Knight does nothing of that sort in its long run-time. The show has a very basic storyline with ‘twists’ that everyone can see coming. Each episode is fluffed up with unnecessary shots, just to meet the uniform run-time.

If shows like Love, Death + Robots can throw in a seven-minute episode in the midst of episodes that are on an average 14 minutes long, Kung Fu Panda: The Dragon Knight could have easily cut down the length of the episodes. Each episode could very well be in under 15 minutes.

Along with the length of the episode, the showmakers could have ended the story in eight or nine episodes. They introduced some major threats towards the end of the series to increase the number of episodes, reducing the importance of the first few episodes.

Through the three movies, specials and shows, Po has been established as a bumbling yet extremely competent Kung Fu master. He even progressed from being the Dragon Warrior to Dragon Master.

Kung Fu Panda: The Dragon Knight seems to have completely forgotten the achievements of the main character – Po is stripped of the Dragon Master title simply after one goof-up. Po’s wish to become a Dragon Knight also seems a little ridiculous given that he has already reached the highest rank for a martial artist. For someone of his stature, becoming a Knight’s Page — essentially an attendant — is quite unnecessary. Po has always been portrayed to be humble but not so much that he will be bullied by a random stranger with a shiny sword. Does the show want us viewers to forget that Po already has a legacy that is far greater than any fake Knight’s?

It is for a much younger audience

Animated movies and shows are not only for children. Disney recognised that a while back and keeps evolving to come up with better stories and stunning animation that fans of all ages can enjoy. This is a trademark of even Disney shorts that are released on the Disney+ platforms.

DreamWorks, however, does not seem to have picked up that cue — that many of those who witnessed Po’s original adventure in 2008 are well into their adulthoods and would love to see more of him. DreamWorks seems to be targeting a younger audience and is serving up basic animation and an oversimplified story.

And even there, it seems to be off the mark. At many points, it is hard to tell which animal the animators have tried to anthropomorphise because in the process of making them look cute, the animators deviated too much from the real animal. The show does not live up to the Kung Fu Panda movie nostalgia but can be a fun way to keep children engaged.