Travis and Kourtney Kardashian got married a month ago 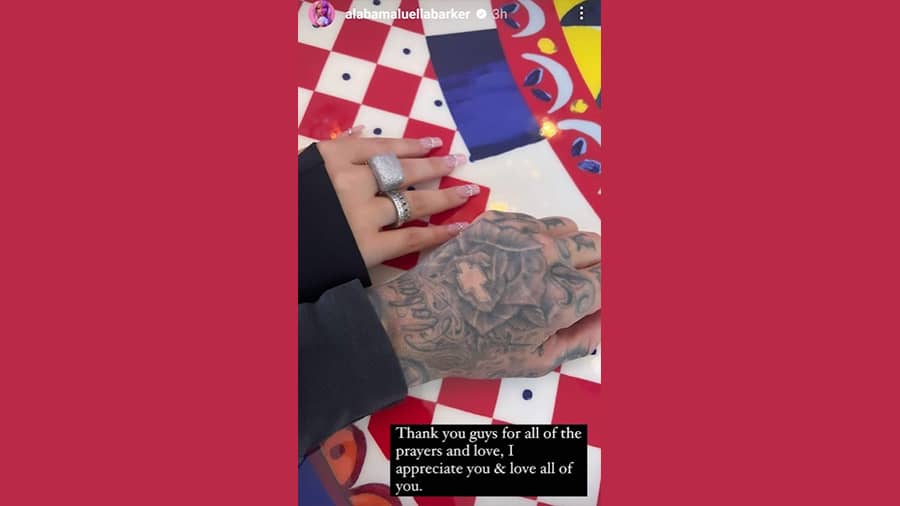 American drummer Travis Barker, who got married to Kim Kardashian’s elder sister Kourtney Kardashian earlier this year, has been diagnosed with pancreatitis, doctors revealed a day after he was rushed to the Cedars-Sinai Medical Centre in Los Angeles, USA.

Kourtney, the oldest Kardashian sister, was seen by husband Travis’ side as the Blink-182 drummer was wheeled into the healthcare facility on Tuesday.

Kourtney and Travis reportedly went to a West Hills hospital near their home from where the musician was taken to Cedars-Sinai Medical Centre by an ambulance. It was not immediately clear why the musician was rushed to the hospital. His daughter Alabama Luella Barker took to social media requesting Travis’ fans to pray for his recovery.

Travis’ pancreatitis was reportedly triggered by a colonoscopy that he had recently undergone. Pancreatitis is the inflammation of the pancreas that causes symptoms like upper abdominal pain, fever, nausea and rapid pulse. The drummer reportedly was in excruciating pain when he was admitted to the hospital.

While Kourtney has been silent about her husband’s medical emergency, Alabama has shared an update on her father. On her Instagram story she shared a picture of her father and her hands with the message, “Thank you guys for all of the prayers and love, I appreciate you & love all of you.” The positive post could mean that Travis’ condition is improving.

The hospitalisation comes just over a month since Kourtney and Travis tied the knot.

The couple confirmed that they were dating in January 2021. In October last year, they got engaged after Travis proposed to the Kardashian in Montecito, California. The couple had an unofficial wedding in April after the Grammy Awards. However, they officially got married at a courthouse in Santa Barbara, California on May 15 which was followed by a traditional wedding on May 22 in Portofino, Italy.

Travis’ sickness is not the only turbulence to hit the Kardashian family recently. Kim Kardashian recently launched her skincare line SKKN. She is now being sued for the skincare line’s name by a small business in Brooklyn which has been providing salon service under the name SKKN+ since 2018.