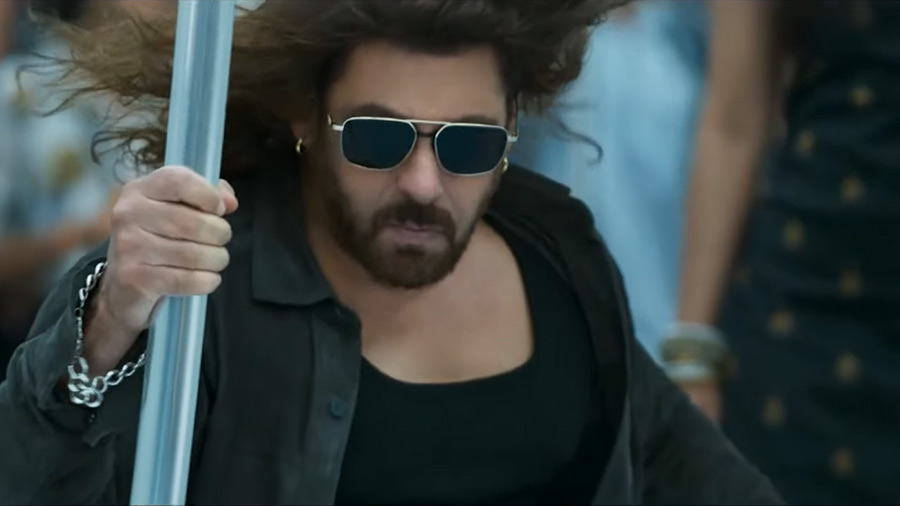 The first teaser of Salman Khan’s upcoming film Kisi Ka Bhai Kisi Ki Jaan, which premiered on the big screen with the first show of Pathaan on Wednesday, introduces us to a long-haired Salman fighting goons and performing gravity-defying stunts in style.

The one-minute-43-second–long teaser begins with Salman riding a cruiser and romancing Pooja Hegde but quickly switches to action-packed sequences. Salman is seen beating up goons in moving trains and delivering intense dialogues during fight sequences.

Salman is seen in traditional south Indian attire in one of the several dance sequences in the teaser. The clip also shows Venkatesh Daggubati and Jagapathi Babu, who looks like the main antagonist of the film.

Earlier, Salman posted an image of him in the Kisi Ka Bhai Kisi Ki Jaan look to announce the filming is wrapped and the film will arrive on Eid 2023.