Advertisement
Home / Entertainment / Kiccha Sudeep: ‘There are no new stories, only newer presentation’

Kiccha Sudeep: ‘There are no new stories, only newer presentation’

The director, producer and actor of Kannada hits like My Autograph and No 73 says he felt a childlike excitement working alongside Amitabh Bachchan in Rann 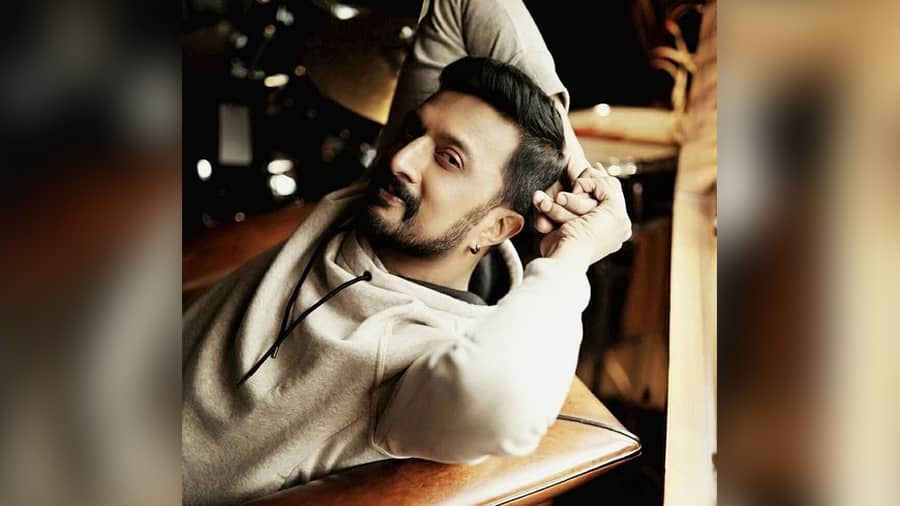 As a creative person, Kannada star Kiccha Sudeep says all he looks for in a script is the scope to deliver a never-seen-before presentation as it is difficult to find “new” stories.

The 48-year-old believes he isn't a “great decision maker” and relies on his instinct before boarding any project as an actor, director or producer.

“There are no new stories, just newer presentations. As long as there is an emotion which can connect with the audience, I make the film. You really can't say that this story is something you haven't ever seen before,” said Sudeep, who  has served as director, producer and actor in Kannada hits My Autograph, No 73, Shanthi Nivasa and Veera Madakari.

“Maybe, the presentation is something that one hasn't seen before. I sit in a narration with a clean and crystal clear mind and if something has a spark, we go forward with it,” he added.

For Sudeep, all these films were nothing less than “a beautiful coincidence”.

"To be honest, if something excites me, I just do it," the actor said.

He fondly remembers saying an immediate yes to S S Rajamouli's Eega ('Makkhi'), which featured him in a negative role, or the Ram Gopal Varma-directed Hindi movie Rann that gave him the opportunity to collaborate with his favourite actor Amitabh Bachchan.

“I didn't look forward to something huge when I went to meet Rajamouli sir. He narrated the plot in less than 10 seconds and I just accepted it at that time without thinking that the character was negative... Similarly when Rann came, I was getting a chance to work with Mr Bachchan,” said Sudeep.

“There was this childlike excitement about working with these two cinema greats. So, I always look for that excitement as I believe that's what works for me. I don't know if I should have made some calculated moves, but right now I am happy with whatever I have,” he added.

The key to his ever-growing star value is his passion for cinema and the love the audience showers on him, Sudeep said.

“Cinema is my life. All my growth in life is because of cinema. Films are something I have loved and lived with. Likewise, cinema has loved me too. I don't think I could have survived for 25 years here if the audience hadn't loved me back,” he added.

The actor said he feels a sense of pride to have the liberty to tell stories that resonate with him on different levels — as a viewer, actor, director and producer.

“I take it as an honour to be here... I just do minimal films, I am not four films a year kind of actor. I do just one film a year, so I don't think I can lose out on the passion so easily. I have not told even 100 stories in my career till now,” he added.

Superstar Salman Khan, Sudeep's co-star from Dabangg 3, has presented the film in north India via his banner Salman Khan Films.

The Kannada actor will next be seen in Billa Ranga Baashaa, slated to come out some time this year.