A special bond between a father and his daughters 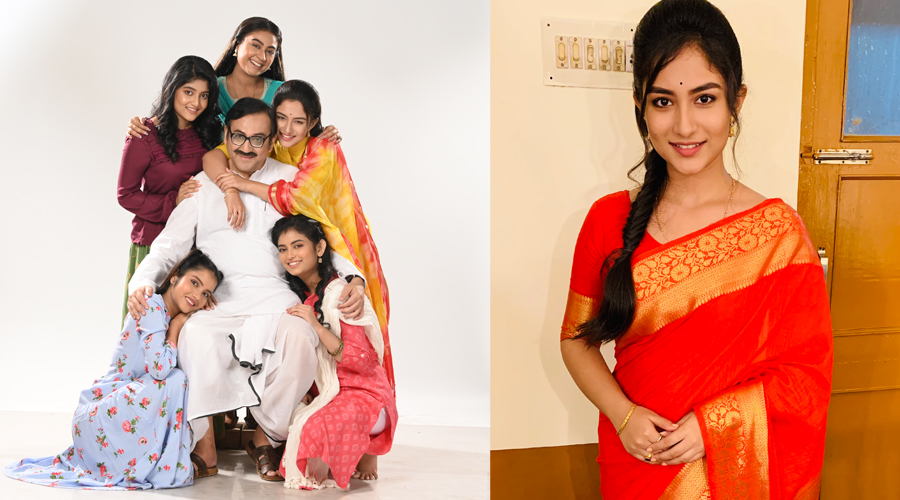 Arindam Ganguly, Priya Malakar and Manashi Sinha star in a new family drama, Kanyadaan, which airs every day at 8.30pm on Sun Bangla. The show revolves around a father, Anjan Basu, who is a history teacher, and his five daughters. With his principles and ideals, he has always been there for his daughters. His wife has passed away. The story spotlights his journey and how he carries out his responsibilities even as the daughters shower him with love and affection.

“We all have worked really hard for the past two months on this show. The feedback has been really good. People who watch serials regularly have messaged me, saying that they loved the new concept and congratulated me on my performance. They found the serial to be very natural and close to life. These are like snapshots of life. My friends are supporting me,” says Priya, who plays the “simple mejo meye”. “My character showers a lot of affection on the father and the other four sisters, and shoulders many responsibilities, takes care of the father. She speaks up with resolve and dignity when she has to protest or be firm,” smiles Priya. The best part about the serial, she feels, is the father-daughter relationship and that the show is from the point of view of the father. “We share a great bond on the sets.”