Kangana Ranaut will feature in the upcoming Dhaakad, which she says will be “one of a kind female-led action film 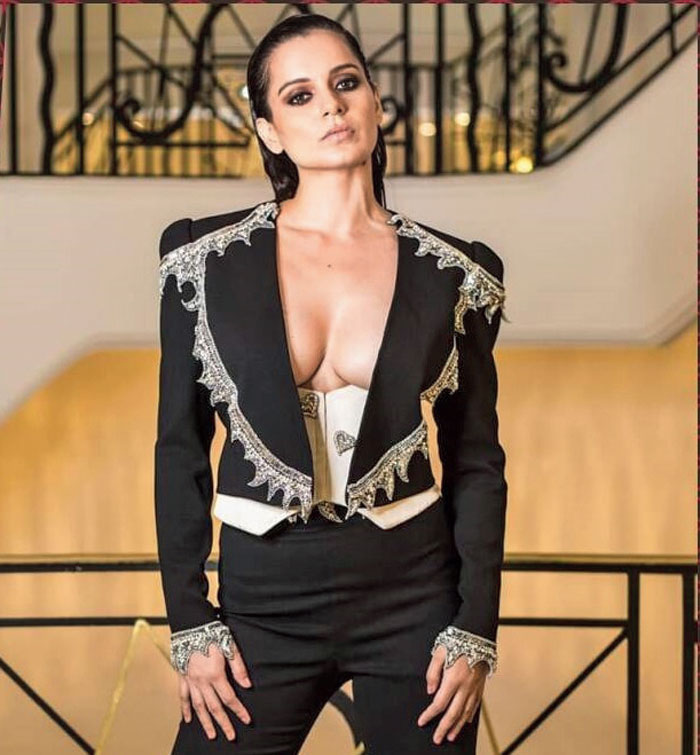 "Dhaakad is not only a benchmark film for my career but will be a turning point for Indian cinema as well,” Kangana said.
(Telegraph picture)
The Telegraph   |   Published 11.07.19, 01:03 PM

Kangana Ranaut will feature in the upcoming Dhaakad, which she says will be “one of a kind female-led action film”. Ad filmmaker Razneesh ‘Razy’ Ghai will direct the film. “After the success of Manikarnika, it has been proven that audiences across the globe are loving larger than life films with a female hero. Dhaakad is not only a benchmark film for my career but will be a turning point for Indian cinema as well,” Kangana said. “The film is mounted on a large scale, is one of a kind female-led action film, and is apt for a Diwali.”

Netflix on Saturday announced that the Emraan Hashmi-starrer original series, Bard of Blood, will premiere on September 27. The seven-episode show has been produced by Shah Rukh Khan’s Red Chillies Entertainment. The story is about four Indian intelligence officers, who are compromised, and their handler, the logline reads, “reaches out to a former spy and now professor of Shakespeare, Kabir Anand — a man who knows the terrain and politics of Balochistan inside out. Kabir must connect the dots from the cryptic information that he has at his disposal”. Hashmi shared the first motion poster for the project on Twitter.

In The Old Guard

Actor Chiwetel Ejiofor is joining the cast of Charlize Theron’s Netflix’s action film The Old Guard. The film, to be directed by Gina Prince-Bythewood, is based on the comic book series by Greg Rucka and illustrator Leandro Fernandez, said Deadline. The film focuses on a small group of immortal soldiers who have been working as mercenaries for centuries. But the group get a shock when they find a new immortal woman, not long after they discover an evil group has video evidence of their immortality.

John Boyega and Letitia Wright will be toplining filmmaker Steve McQueen’s London-set 1970s anthology series Small Axe. The six-episode series, which will air on BBC One in 2020, has been conceived by the Oscar-winning filmmaker along with Alastair Siddons and Courttia Newland. It will tell five stories about London’s West Indian community spanning the late 1960s to the early 1980s. The title is from a Jamaican proverb that says “If you are the big tree, we are the small axe”.

From It to The Flash

Andy Muschietti is the latest filmmaker who is reportedly being billed to handle Warner Bros’ troubled The Flash movie. Muschietti, who helmed the studio’s 2017 blockbuster It and its upcoming sequel It: Chapter Two, is in negotiations to direct the film, which will see actor Ezra Miller reprise his Justice League role of Barry Allen a.k.a. The Flash.

Hollywood star Brad Pitt is making way for younger and newer actors to play the lead role in films as he believes one must mature in roles with age. The actor, who stars in Once Upon a Time in... Hollywood, said he is enjoying his role as a producer. “I’m behind the camera on the producing side and I enjoy that a lot. But I keep doing less and less. I really believe that overall it’s a younger man’s game — not that there aren’t substantial parts for older characters — I just feel, the game itself, it’ll move on naturally. There will be a natural selection to it all,” Pitt told GQ Australia. The 55-year-old star said the influx of streaming platforms has led to finding a pool of talent and he believes interesting times lie ahead.