Kabir Singh: Love in the time of misogyny 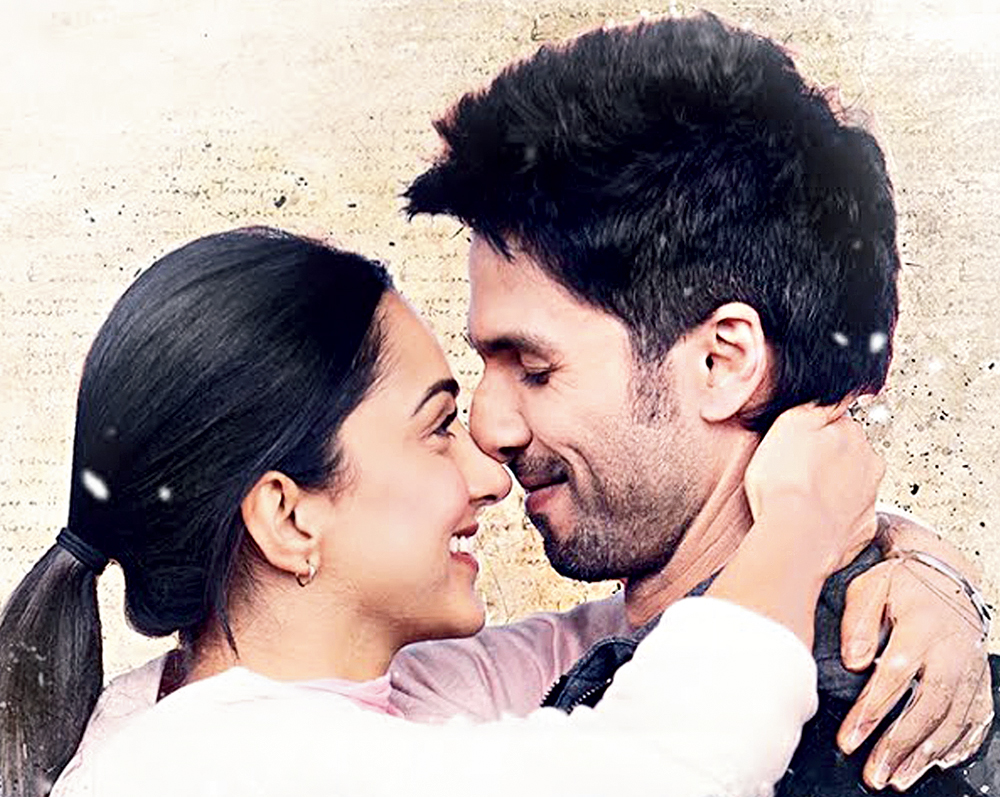 Much like the Telugu original Arjun Reddy, misogyny and male entitlement are glamourised and gift-wrapped in a purported intense love story in Kabir Singh. The title character — played with less swag and more swagger by Shahid Kapoor — is a bully who abuses women, a rebel who embodies toxic masculinity and a boyfriend who believes that ‘marking’ a woman as his own — without waiting for her consent — is his way of loving her. The film tries to sugarcoat its leading man’s noxiousness as attractive and the work of an unconventional mind and looks to provide him with redemption even when he doesn’t deserve it. It projects him as a man-child whose violent streak is tempered by shades of vulnerability, but there are very few instances when you feel for Kabir Singh or empathise with what he’s going through.

When it hit screens in 2017, Arjun Reddy was hailed as a path-breaking film — distinguished by a script that wasn’t run-of-the-mill and by the freshness of its performances — in an industry that was till then defined largely by masala potboilers. The film’s success propelled its leading man Vijay Deverakonda to the spotlight and earned it a following of its own. However, even then, the way Arjun Reddy romanticised toxic machismo made many uncomfortable. Its Hindi remake — helmed by Sandeep Reddy Vanga who also directed the original — is almost a frame-by-frame copy, which only seeks to reinforce Arjun Reddy’s problematic portrayal of the man-woman relationship.

Kabir Singh transposes the action to Delhi — and then Mumbai — with the focus firmly on the man in the middle. Kabir Singh is an aspiring surgeon, the alpha male of his medical college who is revered — and often feared — by batchmates, juniors and teachers alike. Known for his volatile temperament, Kabir has anger issues but he likes to believe that he’s “not a rebel without a cause”. When reprimanded for getting violent in a game of soccer on campus, he declares proudly, “This is me. This is who I am”. He’s the classic bad boy who falls in love at first sight with Preeti (Kiara Advani), a shy junior, and then nonchalantly tells everyone, “Yeh meri bandi hai”. He commands her to follow him around, kisses her without consent and drags her out of class to give her ‘lessons’ of his own. In one scene, Kabir fights with Preeti and tells her, “You have no identity in college. Everyone only knows you as my girl”. When she nods in agreement, he turns around... and slaps her. This is a dominant-submissive relationship, with a lot of ‘grey’ shades. A couple of scenes play out before he bothers to find out what her name is. When he loses her, he brings a dog home and names it ‘Preeti’.

Like Arjun Reddy, the lines between intense love and mental abuse, free-spiritedness and misbehaviour, flawed character and churlish persona become blurred in Kabir Singh. Kabir’s free-fall into a life of drug and drink and emotion-free sex after failing in love would have made for a compelling cautionary tale, but the film tethers on the edge of dangerous territory by almost celebrating its protagonist’s waywardness. It wills the audience into sympathising with the man because he loved too deeply and lost and also makes a case for him being a genius with the scalpel.

The biggest problem is that Kabir’s irrationally aggressive behaviour is almost always mined for laughs, from the time he almost hits his domestic help and chases her out of his house for breaking a drinking glass to when he threatens to drop his pants when a nurse asks him why he hasn’t shaved before a surgery. Kabir often talks about children being just a “by-product” of sex and declares how the sight of blood on his gloves after a surgery gives him a high. He, of course, often conducts these surgeries when high.

And then is the way women are treated in a film that’s supposed to be a love story. Macho men on a masochistic mission has been a common movie trope. Kabir Singh perpetuates the Devdas myth, but Paro and Chandramukhi were no pushovers, often holding a mirror to the man. The same can’t be said about Preeti who gets her first proper line almost an hour into the film. This is also a film in which the hero almost rapes a woman at knifepoint and eggs on his girl to befriend the plump girl in class because “healthy chicks are loyal like teddy bears… they gel well with pretty chicks”.

Despite its problems, Kabir Singh does have some standout moments, mostly built around the moments of self-absorbed love and then self-inflicted pain. But like the original, it suffers because of its indulgent pace. The film labours on for a butt-numbing 175 minutes, with a lot of screen time being devoted to establishing the power equation in the relationship and then later, to Kabir’s long lectures to all and sundry, on what true love really entails.

With the film strictly built around its central character, the other players become largely functional prototypes, with only Kamini Kaushal as Kabir’s grandmother leaving an impression. A special word for Calcutta boy Soham Majumdar who turns in a scene-stealing act as Kabir’s best friend Shiva. The music — especially the soulful Bekhayali which has become a love anthem of sorts — is a plus.

A lot of Arjun Reddy’s shortcomings were forgiven (well, almost) because of the magnetism that Vijay Deverakonda brought in. His vulnerability shone through even when he was at his most violent and it was the young actor who single-handedly made Arjun Reddy a watchable coming-of-rage tale.

Shahid Kapoor may have excelled in playing edgy characters — Kaminey to Udta Punjab — but for all his earnestness and experience, he seems a little out of depth here. Deverakonda’s charisma is hard to not flashback to every time you watch Shahid walk in. Even the way Deverakonda drew on his cigarette had a certain allure — the smoke billowing around that intense bearded face framed by Lennon-inspired sunglasses — that Shahid is somehow unable to evoke. This, like the rest of Kabir Singh, is a case of a lot of smoke with very little fire.