Shweta Tripathi is being lauded for her act in her sci-fi outing Cargo, now streaming on Netflix 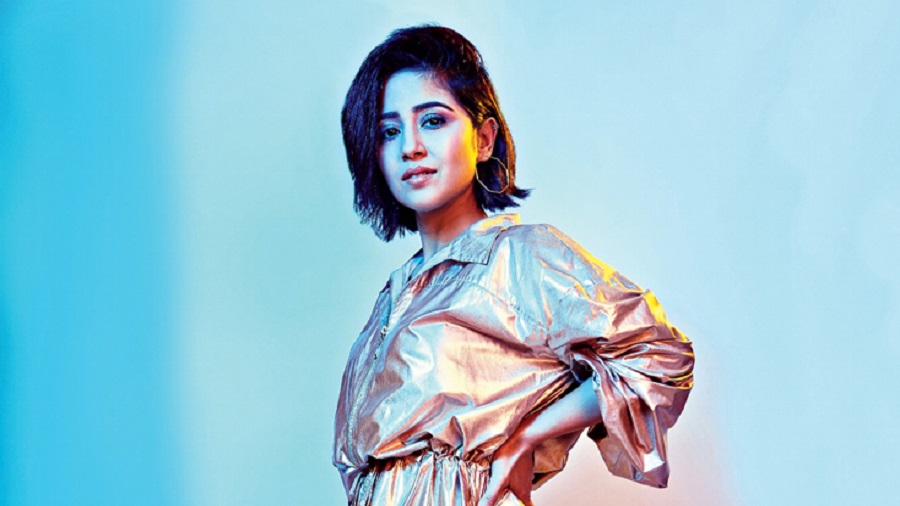 In the process of unlock, our entertainment industry comes last... koi bhaav milta hi nahin hain, but the thing is that in these last few months, entertainment has emerged as an essential service for so many people as they try to cope with these times. No one talks about the sleepless nights, the hard work and the blood and sweat that goes into what we do: Shweta Tripathi
Sourced by the Telegraph
Priyanka Roy    |   Published 13.09.20, 05:53 PM

Shweta Tripathi is being lauded for her act in her sci-fi outing Cargo, now streaming on Netflix, even as she revels in the praise for The Gone Game and Raat Akeli Hai, both of which dropped during the lockdown. She also awaits the release of Season 2 of the smash-hit Mirzapur. The Telegraph chats with the Masaan actor.

Cargo was, of course, lauded in the film festival circuit before it reached a wide audience on Netflix last week. What’s the feedback been like since then?

When you do a project, you obviously hope that people will appreciate it, but the kind of people that Arati (Kadav, director), Vikrant (Massey, co-star) and I are, we like to keep our expectations at the medium level. The three of us have a WhatsApp group and ever since the film released, we have been sharing all the love we’ve been getting... just not reviews, but also great reactions from the audience. We are over the moon now!

Are you someone who always reins in your expectations from every project?

For everything... except for Mirzapur! (Laughs) Otherwise, right from Masaan, I have always been like that. When I work on something, the project also becomes deeply personal to me. As actors, our jobs are both physically and emotionally taxing because we are literally wearing someone else’s shoes, costumes, emotions, saying dialogues written by someone else that you somehow have to make your own.... So it’s a very internal process that you need the audience to feel externally.
I kept my expectations low for Cargo. It’s had a very long journey... it was made when we were shooting for Season 1 of Mirzapur. In the middle, I shot for a Tamil film also. I am so happy that Cargo, despite releasing a little late, has got a platform like Netflix.

When I met Arati, it was love at first sight. I knew that I wanted to work with her, but Cargo tab kisi ke dimaag mein nahin tha. But we both knew we had to work with each other. When Cargo first came to me, my character’s name was Shweta.

That’s how much Arati wanted me to play that character (laughs). To have a writer-director think of me while writing their script was a huge, huge compliment. That’s bigger for me than any award.

What I love about the Cargo script is that it’s so simple. An eight-year-old child can take away whatever he wants to from the film, and so will someone much older. Even till now, I am still understanding scenes... ‘Oh, this is what Arati meant with this’ and there are so many parallels I am drawing now. Even as I am doing interviews now and answering questions, I am getting answers myself.  And when I got to know it’s science fiction, I am going to play a rakhsas and my name is agent Yuvishka, there was no reason for me to say ‘no’.

At a time when the world is at a standstill of sorts, you’ve had three releases — Cargo, Gone Game and Raat Akeli Hai. That’s quite something...

Before the lockdown, I shot for Season 2 of Mirzapur, a short film and a couple of ads. But I didn’t come across any project that really excited me.... I was without work for a very long time. I can’t even tell you how frustrating it is because I love acting, I love telling stories. But if I am not happy with the work that’s coming my way... no matter how much money or visibility I get, I am not going to sign up for it. And the lockdown has only made me realise that I want it to be like that. It’s very difficult, in fact, the struggle always has been ki wait karna padta hain, and the wait is always painful.

So it’s been a high having releases back to back and getting appreciated for all of them. The Gone Game is, of course, special because I shot it completely at home in the lockdown. Also, it came with some stress because not only would I have to commit to it wholeheartedly, I would also need my husband’s (rapper-actor SlowCheetah) commitment because he was the one shooting me. I was anyway doing what I love, but this meant I would have to make him wake up early in the lockdown. Thankfully, he’s a very aspirational, ambitious and hardworking guy, aur uss sabke fayde mujhe ho gaye because whoever has seen The Gone Game has said my portions were shot very well. Cheetah and I are each other’s biggest critics, but also each other’s biggest fans. I wanted the director to be happy with my performance, but I also wanted this husband of mine, who is my best friend and my partner in crime, to be also impressed with me. The funniest thing is that a scene where he was most impressed with me didn’t even make it to the final cut! (Laughs)

So courtesy you, he has an alternative career chalked out...

That’s what everyone is saying! In fact, the director of The Gone Game, Nikhil Bhat, asked him if he wants to pursue this and Cheetah has been, ‘No! I don’t want to do this!’ (Laughs) Waise bhi, even for my social media videos, he’s always shooting me. Anyway, I think between his acting and his music careers, he’s quite busy.

In the lockdown, you also ventured out to dub for Season 2 of Mirzapur...

Yes, I did that and also a couple of look tests. I will probably start shooting for some projects next month. The thing is that I like being on set so much that I will take all the precautions and be safe, but life has to go on, just like they say that the show has to go on. Honestly, in the process of unlock, our entertainment industry comes last... koi bhaav milta hi nahin hain, but the thing is that in these last few months, entertainment has emerged as an essential service for so many people as they try to cope with these times. I feel happy that I am part of an industry that really delivers. No one talks about the sleepless nights, the hard work and the blood and sweat that goes into what we do. Everyone thinks only of the glitz and glamour and now, of course, drugs... which really breaks my heart because people find it so easy to comment on us and our lives just because we are public figures. But come on, ya... have a heart! I think our industry deserves a lot more respect than what we get.

When I spoke to your Mirzapur co-stars Ali Fazal and Shriya Pilgaonkar recently, they said that no matter what work they do, the audience only wants to talk to them about Mirzapur. Do you face the same thing?

Of course! (Laughs). For a year-and-a-half, with almost everyone I met, even before ‘hi’ and ‘hello’, I would be asked, ‘When is Mirzapur Season 2 coming out?’ Mere building mein, even agar main kisi ko jaanti nahin hoon, they would stop me and ask me the same question. They may not even know Shweta, but they definitely know Golu (her character from the show).

So when the date announcement was about to be made (Mirzapur 2, for the record, streams on Amazon Prime Video from October 23), I told Cheetah, ‘No one is going to ask me that!’ And Cheetah was like, ‘Come on, you can’t be upset about that!’ And I was like, ‘Something that I was asked on a daily basis is now going to be taken away from me!’ (Laughs)

Having said that, Season 2 of Mirzapur has been of one my most satisfying journeys as an actor. When I was dubbing, I saw that everyone — whether it’s Ali, Rasika (Dugal), Pankaj Tripathi or Divyenndu — has done so well, sabne iss baar bhi chhakka maara hain. Mirzapur is a phenomenon, it took over the country when Season 1 dropped, and that feels bloody good!