I am an avid Feluda buff: Srijit Mukherji

Srijit Mukherji on the way forward, Feluda Pherot and being productive during lockdown 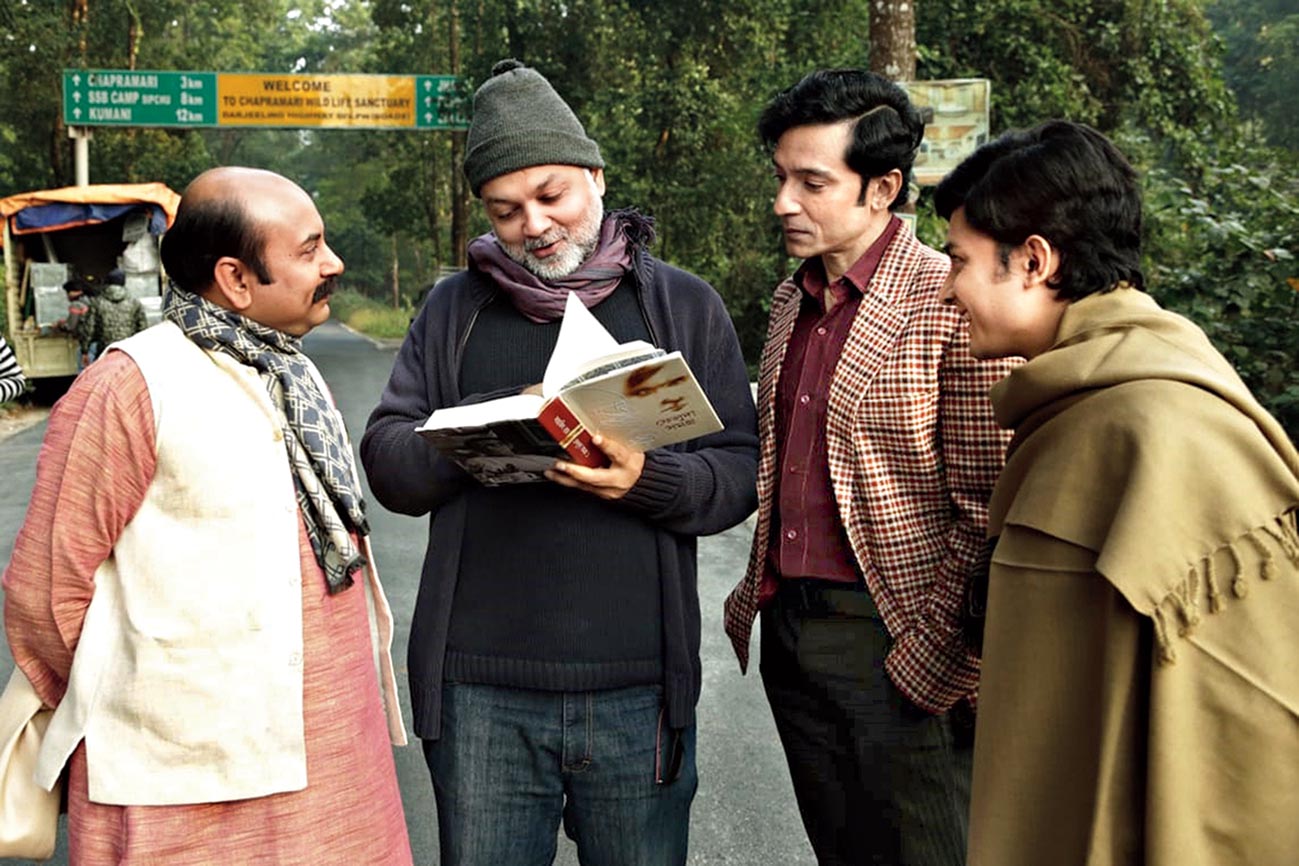 You came up with the core idea for the song... did you want to create something new keeping the original essence same?

Exactly, I am an avid Feluda buff myself and I cannot do anything which severs the umbilical chord of anything related to Feluda, with its original sketches, characterisations, or the original form in which the creator of Feluda saw him. Even when I was casting or shooting I was trying to replicate frames which have been sketched by Satyajit Ray.

In fact, I have used most of the lines from Feluda stories. The dialogues are mostly verbatim lines from the Feluda stories so that the childhood nostalgia and the deja vu feeling of being around this man called Pradosh Chandra Mitter is there. I have stuck to that and the song is an extension of that. The recognisable familiar theme music forms the spine on which you put in contemporary words to capture the essence of Feluda in general and Chhinomostar Obhishaap and Joto Kando Kathmandute in specific. The three-singer idea was a follow-up on the fact that the other Feluda song was sung by three singers. We tried to take the nostalgia of Satyajit Ray, the nostalgia of Kabir Suman, put them together and built on it.

How did everyone, from the singers to the music director and lyricist, work on the song from their homes?

During the lockdown, Joy Sarkar (music director) and I were discussing how to go about it, how to plan the schedule once the lockdown opens. Then I said, ‘Why don’t we do something during the lockdown so that the people who have been peppering me with questions about its release have something to enjoy and listen to’. And I thought the only thing that can be done from the confines of our homes is possibly a song. When I spoke with the singers (Rupam, Anupam Roy and Rupankar), they said the mics are not that good and the quality might suffer. Then I suggested a semi-scratch kind of a version with home microphones... to record the vocals in a home setting. And then to mix it in another person’s home... the engineer, the mixing guy Teni, who stays in Bombay. We sent him all the vocals, the track that Joy had programmed at his home. Everything was done at our respective homes, even the animation, which was the tricky bit but Rajat sent out little assignments to a lot of VFX artistes and they sat at home and did the animation.

The chorus of the song talks about hope and a return. During the lockdown we are all depressed, desperate and we are looking at the future trying to gather whatever hope that we can and trying to come back. This is a song about coming back, about hope, about not fearing when the clouds of darkness or despair hover over you. It is an apt song as well, not only because we are doing a web series on Feluda called Feluda Pherot but also because it is our tribute to the people who have kept us going all these years. Luckily, Rupam, Anupam and Rupankar agreed and they were very kind and they sang it. Also, the release of the song was very special since Babuda (Sandip Ray) released it on Satyajit Ray’s birthday from the Bishop Lefroy Road home.

Did anything surprising happen during the recording?

Usually we have a lot of fun in the studios during recordings. But here that was not possible. I was very touched to see how much it means to all. We kept on sending the singers suggestions, saying a line can be sung like this or that. They were very kind to give us corrections and alterations. They even gave us different versions. It just goes to show how special Feluda is to all of us. It united all of us at a drop of a hat. That was something very very special. We had around 21 or 22 versions or mixes of the song. We went on and on, discussing instruments... to use instruments which were preferred by Satyajit Ray in his scores. We chose those instruments to give a familiar sound of nostalgia... we went for a more Western classical approach.

I was touched to see that everyone kindly tolerated my nitpicking till the very end... till I was satisfied. Lyricist Srijato was faced with a challenge and he took it up very intelligently. He tread an unknown territory, brought in alliteration, came up with catchy lines. He excelled at rhythmic alliterative skills while capturing the ethos of the song.

How’s the last two months been for you? How are you holding up?

The last two months have been stifling and liberating at the same time. It has been very productive and hence liberating. I am on my fifth script... two films, two series... the fifth one is also a series. Then I have one more film to write. It has been productive because I have never had such a huge amount of time at a stretch.

What’s a day in your life like now? Are you one of those who is sticking to a strict daily routine?

Not really, apart from writing I am watching a lot of series and films and reading. My body clock has gone for a toss. It follows various time zones, Indian to US to European, which is okay... these are strange times, you cannot really dictate, restrict or put constraints on how one spends time. I am taking each day as it comes.

Have you picked up any new skills during this time?

No, I have not learnt cooking! I see very intimidating pictures on various WhatsApp groups of brilliant dishes cooked by a lot of my friends... I feel so proud of them and feel left out and jealous... but apart from frying myself a few sausages or making myself a plate of Maggi or Wai Wai I have not really ‘cooked’ anything or picked up any culinary skills.

Meanwhile, I have picked up the essence of telling a story in the format of a series, though luckily I had started working on web series almost a year back. Not only as a consumer or audience, I have watched a series as a storyteller and I am trying to pick up nuances of storytelling in this format, which is going to be a huge part of the future.

With films like Gulabo Sitabo taking the digital route and premiering on OTT platforms, what’s your take on the whole situation, now that some exhibitors are not too pleased with deals being cut by producers with OTT platforms?

The situation is actually quite tricky. Exhibitors have a point. Producers have a point. You really have to understand certain financial compulsions one cannot do away with. See, TV cannibalised a lot of cinema-going audiences. Single screens gave way to multiplexes. Similarly, OTT is a consumer option which will obviously threaten the other option of going to watch movies in theatres. Having said that, what is required right now is a bit of empathy from both sides. We should look at empathy and understanding without the blame game and bid for time because once the crisis passes over and there is a vaccine and things normalise, then I think it will be business as usual. As a filmmaker I also feel there are certain films that are definitely cut out for a theatrical experience but there are other films which can release on OTT platforms.

Do you see Bengali films taking the same route next? Will you premiere your film on an OTT platform?

OTT is a great lifeline for a lot of indie filmmakers, or filmmakers who might make indie films which are niche or films which are not very populist in appeal. For them OTT is a brilliant avenue. I am very happy that such an avenue exists. Let’s say today I make another Nirbaak. I think it makes more sense for the producer to release it on an OTT platform. But for a Kakababu film which I have completed, I would like Kakababu to obviously release on the big screen because it is about the big screen experience. It all depends on which film I am talking about and what is the feel, the target audience and dynamics of that particular film.

What will happen to Puja releases this year? Do you feel theatres in Bengal will open during Puja?

Things don’t look very bright. Forget Puja releases, I am not very sure whether we are going to have the traditional Durga Puja this year or not. Durga Puja obviously can’t happen or function with social distancing. Durga Puja releases are also going to be badly hit by this new normal. I am not very optimistic about Durga Puja this year. We need this year to recover from this body blow. Though it is not very sharp, the curve is still rising. As per estimates, it is going to hit a peak during July-August. So October does not look like a very socialising month for me right now or for releases or for any festival. I am looking at 2021.

How’s the feedback for the title song of Feluda Pherot?

The feedback for the Feluda Pherot song has been fantastic given that Feluda has this huge holy cow syndrome attached to it, specially for Bengalis, and everyone has their own idea of Feluda and what he should be like and how he should be brought to screen. Yes, there have been a few who very strangely said they missed the Feluda theme. But we have worked the Feluda theme into the chorus of the song! The nostalgia is very much there. Generally most Feluda lovers have welcomed it. And they have called it a true successor of Feludar gaan by Kabir Suman, Nachiketa and Anjan Dutt, which enamoured us during our adolescence. They have said that it captures the nostalgia and the essence. A lot of people have been overwhelmed by the song.... they got goosebumps. Their voices choked, they got tears in their eyes. 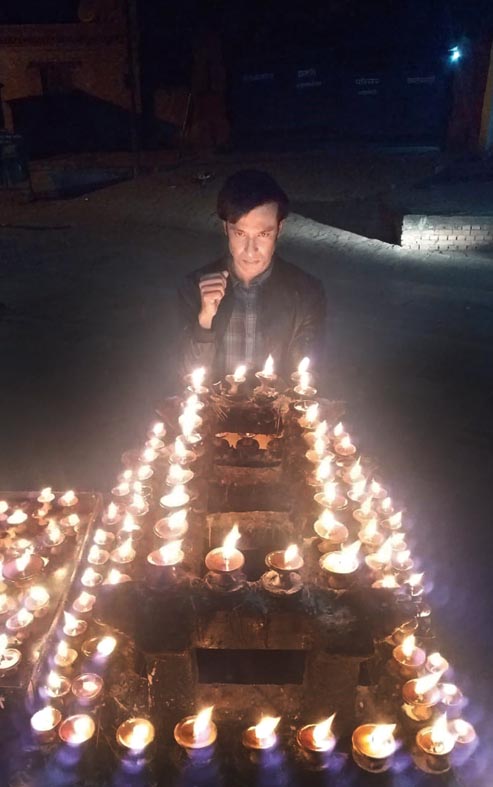