Huw Cordey on his show ‘A Perfect Planet’ 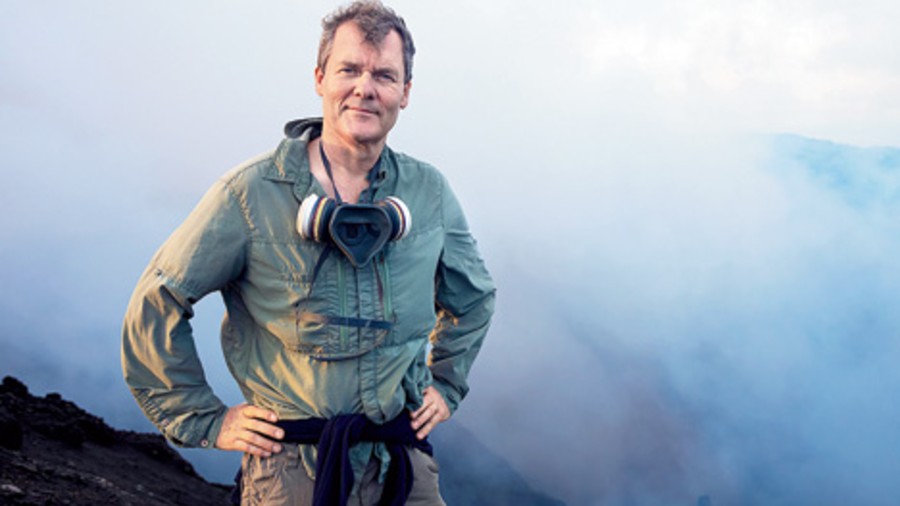 Huw Cordey is a foremost name in the world of natural history television programming. He is currently the producer of A Perfect Planet, a five-part series on Sony BBC Earth (Monday to Friday at 9pm), presented by David Attenborough, which covers volcanoes, the sun, weather and oceans, with the final episode focusing on human impact on the environment. A The Telegraph chat with Huw on the show and the world of natural history television.

What makes A Perfect Planet different from all the work that you have done so far, especially for the BBC?

I have been working in this sector — what we call blue-chip landmark natural history series — for the last 20-30 years. I have worked on many such shows, including The Hunt, which was also a massive production. A Perfect Planet really excited me because we have all done a lot of these landmark shows focusing on habitats, you know places like jungles, oceans, and a lot about animal behaviour. But nobody has taken this sort of earth sciences of how the world works and actually combined it with intimate animal stories.

This series is about the forces of nature, the things that make our planet tick, what shapes our planet and its diversity... the ocean currents, the sun, the weather, volcanoes.... Something like this hasn’t been done before, especially with this coronavirus perspective that we have now.

The show is about the delicate balance the earth strives for to support life. Now more than ever, in the middle of a global pandemic, what do you think makes this show relevant?

It’s definitely resonated a lot in this country (UK). Obviously it’s serendipity, but when we started it, in 2016, we couldn’t have possibly conceived what was going to happen to the planet. It has sort of captured people’s imagination because these are the forces, which most people see as destructive, which are the ones that will actually save the planet, that which will keep us alive. But by the fifth episode, which is the one on humans, it was particularly poignant because it’s our activity which has upset the fragile balance of these forces. We are the only planet that we know of with life and it’s important for humanity to reconnect with the planet.

I don’t know whether it’s happened in India. but I have certainly noticed it here in the UK... that in the absence of going to work and being socially distanced, people have rediscovered nature... they are holidaying in the countryside or going for walks in parks. That has played into the feeling and attitude towards the series.

It’s a massive production. We know you went to more than 30 countries over four years and there’s been some 60 weeks of post-production work. What have been the biggest challenges of putting this show together?

Some of the challenges have been similar to other big shows I have worked on. We are always trying to push the boundaries and be as ambitious as possible. But when you make a series on the forces of nature, these are some of the most dramatic forces on the planet. Volcanoes, for example. The challenges of filming volcanoes is enormous. The sequences we filmed for that episode involved huge logistics.

The episode was filmed at Lake Natron in Tanzania. This is the most corrosive lake in the world. It’s so toxic that it can burn skin. But when the conditions and the water levels are just right, hundreds and thousands of flamingos from east Africa come and nest on this lake. It’s extraordinarily beautiful, but you don’t know when it’s going to happen... you have to be ready, all the time. In order to film there, you have to have a hovercraft. And, of course, there are no hovercrafts in the middle of nowhere in Tanzania. We had to ship it out from the UK in the hope that sometime in the two-three years of filming this show, this event would happen. It finally happened halfway through our edit, that’s how close it was. The location was extremely dangerous and the cameraman was sitting at a height with his feet in toxic mud and using his hovercraft to go in and out from the edge of the lake. It was four weeks of that. It was extraordinarily challenging and also very, very difficult to set up.

Throughout the series, there were many, many sequences like that. Another one was on the Arctic. We filmed that during the Artic Winter which no one has done before. Temperatures went down to -50°C. One of our crew got frostbite on his cheek. Very, very challenging places which involved careful planning so that everyone was safe.

Considering you have been doing this for decades now, how much does this job require one to be tenacious and patient?

You have hit the nail on the head there. Tenacity and patience are absolutely vital. During the 20-30 years I have been doing this, some of the sequences we have shot have required hundreds of hours of being at extreme heights or wait interminably in vehicles to film. Tenacity comes in because you have to push yourself on a daily basis. You can get disillusioned by the fact that maybe the weather is bad, maybe the animals haven’t shown up.... There are huge expectations from these series. Everyone wants them to be better than the one before it. We have to constantly push the boundaries, and that’s where tenacity comes in... you have to think big, you have to be ambitious and you should never ever give up.

On a four-five week shoot, for example, the behaviour that you are expecting to catch on camera could happen on Day One or on the last half hour of the shoot on the last day. In the ‘Weather’ episode on A Perfect Planet, there is a sequence of crocodiles leaping out of the water to catch bee-eaters in a river in Zambia. We saw it happen on one shoot and we got just a short shot of it, but it was so dramatic — and no one had ever seen it before — that we decided to go back and do another shoot there the following year, to shoot this behaviour specifically. We hired a cameraman who sat there at the river for three weeks and the whole behaviour happened in the last hour of the last day of the shoot. People always think I make these stories up (laughs), but it’s all true. And that’s why I tell the new people working with me... that you can never ever give up.

Did you film any part of A Perfect Planet in India?

Unfortunately not. We did want to, but there’s a ban currently on the BBC filming in India’s national parks that started in 2017. It’s a five-year ban.

Have you filmed in India before?

Oh yes. There is a series called Land of the Tiger which we made in ’95. I travelled all over India filming that series and it was absolutely phenomenal. Actually I got married in India too, in 1997 (laughs).

You studied history and political science at London University. What made you want to take such a diametrically different plunge?

It is very, very different. But ever since I was a boy, I have been obsessed with wildlife. My father worked for Shell Oil Company and we travelled all around and I had a lot of opportunities to see lots of different kinds of animals. But the science teaching in the school I was in was really awful and the arts teaching was more inspiring. So I gave up sciences to do arts. But when I came out of college, I got a lucky break. My wife got a job with a production company in London, she was my girlfriend at that time, and an opportunity came up for me then... and I have been in the business ever since.

What is it about this job that keeps you so invested?

There are two things. One is that I just love natural history and I love travelling. Travelling is part of me now, and I have been to over 70 countries. But the other thing is I love making television; it’s a very, very creative process.

Your job is about a world which doesn’t have boundaries, but we are at a time in history where we can’t travel as freely. How does that impact what you do?

It’s a good question. I am working on another series at the moment and Covid is having a massive impact on how we do things. There are some countries we can’t go to, other countries require long quarantining... 10 or 14 days, which not many people want to do and it also adds to the budget. So we have been using more local talent, including some fantastic Indian camera talent. Because these shows have a long filming period, we can push some of them, but we can’t do that all the time. In some cases, we have to compromise a little, which we don’t want to. But these are extraordinary times and one has to make the best of the situation we find ourselves in. It’s very challenging, and some of the changes may be long-term.