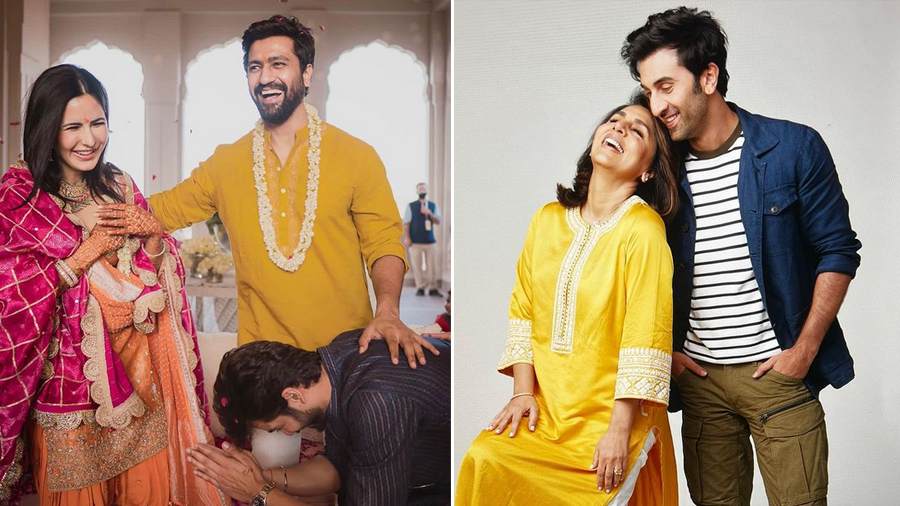 Ananya Panday is ‘iced out’ with Swarovski and we can’t take our eyes off her. The actress will be next seen opposite Ayushmann Khurrana in Dream Girl 2, releasing on June 29, 2023.

Karisma Kapoor wished cousin Ranbir Kapoor and aunt Rima Kapoor on their birthday with a throwback photo with Ranbir.

Ranveer Singh shared a picture of himself holding the Achiever of the Year award conferred upon him by the Federation of Indian Chambers of Commerce & Industry (FICCI).

Siddhant Chaturvedi’s recent travel shots have us in awe.

The Delhi Crime actress shared a collage of some of the popular characters she has played.

Check out Arjun Kapoor’s goofy photo and cheeky caption for his friend Ranbir Kapoor on the Brahmastra actor’s birthday.