Advertisement
Home / Entertainment / Hooked to the world of Korean drama?

Hooked to the world of Korean drama?

Picking some of its recent favourites for our readers 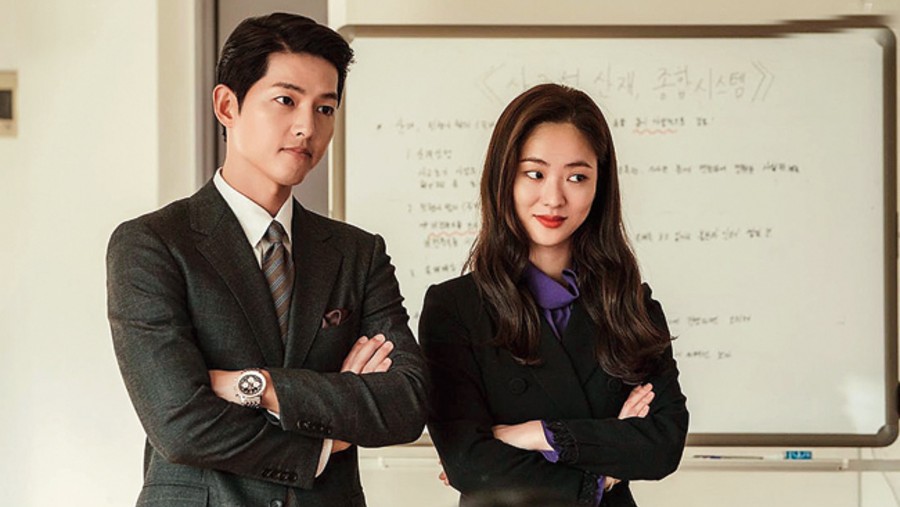 Plot: Vincenzo Cassano (played by Song Joong-ki) is the ruthless consigliere aka right-hand man of Don Fabio, the head of an Italian mafia group. Circumstances force Vincenzo to fly to South Korea to try and unearth the hidden stash (rather a very large pile, or a really small hill) of gold under Geumga Plaza that belonged to a now-deceased Chinese businessman. Vincenzo faces a roadblock in the form of Babel Group, a formidable company with contacts in all the important places, and Vincenzo soon finds that there is something much more sinister in the hill of gold.

What works: The K-Drama genre has overused the ‘corrupt-company-tries-to-kill-innocent-people’ trope, but this one’s worth paying attention to. Song Joong-ki has delivered what is considered to be his best performance, even better than his act in Descendants of the Sun. His convincing portrayal of the charming and suave consigliere is just one of the things that have made people sit up and take notice. A fast-paced thriller with a villain you’re going to hate to love, this drama takes you for a rollercoaster ride with no brakes, handles or belts.

Vincenzo makes you dive headlong into a world filled with corruption, betrayal, angst and romance. It’s an unpredictable story that has twists and turns galore with a cat-and-mouse chase to rival the best of its kind. This is K-Drama restitched, washed, pressed and donned by Song Joon-ki like an expensive Italian custom-made suit to rival the form-fitting ones he wears in the drama. The show’s finale has earned itself a place in the Top 10 highest-rated dramas in Korean cable TV history and is predicted to bag several nominations in upcoming Korean award shows.

It’s Okay To Not Be Okay

Plot: It’s Okay to Not Be Okay is a beautiful story of self-healing and growth. It follows the lives of three protagonists — played by the brilliant Kim Soo-hyun, Seo Yea-ji, and Oh Jung-se — who battle with their past and try their best to confront it when circumstances bring them all together. This is primarily a romance and focuses on Moon Gang-tae (Kim Soo-hyun) a caretaker at a psychiatric ward, Ko-moon Young (Seo Yea-ji), a fanatical children’s book writer with antisocial personality disorder, and Moon Gang-tae’s older brother Moon Sang-tae (Oh Jung-se) who has autism as well as PTSD from witnessing the harrowing murder of his mother.

What works: A must-watch alone for the stellar performance from Oh Jung-se as Moon Sang-tae, as well as the heartwarming camaraderie between him and Kim Soo-hyun’s Moon Gang-tae. The actors embody their characters with finesse and the drama delves into the not-often-explored in K-Drama territory of mental health, following a story filled with characters that are, well, human.

The chemistry between the actors is convincing and warms your heart. Part hilarious, part horror (watch out for those jump scares), and in parts a tearjerker, you will find yourself completely engrossed in this world. So what are you waiting for? Jump in! We’re passing around the tissues.

Plot: This one is for those who enjoy a good multiverse story. The King: Eternal Monarch travels between two alternate realities of Korea — the fictional kingdom of Corea and Korea in its present day. Emperor Lee Gon (Lee-Min ho) of the Kingdom of Corea crosses over to the other world and pairs up with detective Jeong Tae-eul (Kim Go-eun) from present-day South Korea to solve the mystery behind his father’s assassination.

What works: Marks the comeback of Lee Min-ho to the screen after his long hiatus on account of military service. And boy, does he make it worth it! With a massive production, stellar cast and a lead pair that just can’t go wrong (Lee Min-ho and Kim Go-eun are our OTP), The King: Eternal Monarch goes one step further to provide the viewer with a challenging plot that puts two recurrent tropes together to yield one very confused but massively entertained fanbase. Now you know that when you mix “there’s a plot to kill the king” with “multiverse” you get an odd K-Drama that stands apart from the rest, and does so with style. The King: Eternal Monarch is fresh and fun, and keeps things interesting for its audience with its unpredictable plot twists. The reviews for this drama have been mixed, but if you don’t mind keeping up with a series, this one’s definitely for you! 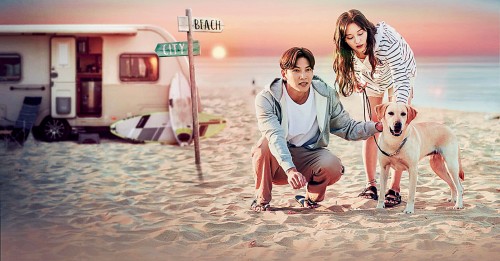 Lovestruck in the city

Plot: A slice-of-life romance (you don’t hear those words often to describe a K-Drama), this one follows the lives of six young people in a city who sit for an interview to talk about their dating lives. Park Jae-won (played by a charismatic Ji Chang-wook) is an architect who is passionate about photography and surfing, and even more so about the “camera thief” who stole his heart and, uh, his cameras and vanished into the night. Lee Eun-o (Kim Ji-won) is a freelance marketer and also the elusive “camera thief”, who is practical about love and life but has a secret she doesn’t want any of her friends to know. The others, played by Kim Min-seok, So Joo-yeon, Ryu Kyung-soo, and Han Ji-eun, also appear in the narrative to add their two cents about love, life and dating in the modern-day big city.

What works: A no-nonsense K-Drama with none of the done-to-death tropes where the guy and the girl are magically intertwined by fate, is invitation enough to roll out the red carpet and usher Lovestruck in the City into our hearts. The drama is free-spirited, relatable and practical in its treatment of romance, and you will find yourself weeping real tears of joy when you are done laughing at the excellent comic set pieces. Ji Chang-wook and Kim Ji-won make a pair we didn’t know we needed, with Ji Chang-wook pulling off another spectacular performance as the confused and betrayed star-crossed lover Park Jae-won. Our favourite from the show? The gorgeous Han Ji-eun as Oh Seon-yeong, a feisty gym teacher with many spunky and bold ideas about love that have not been in seen in a K-Drama in a very long time, if at all.

Plot: If you love medical dramas, this one’s a good pick. Hospital Playlist is a quirky story of five doctors who have known each other for the last 20 years. Oh, they’re also in a band together. The drama follows the lives of these doctors as they tackle patients, relationships, interns, and also which song to jam to after a long shift at the emergency room. Each conflict just as important as the rest, of course.

What works: Grey’s Anatomy, what’s that?! What makes Hospital Playlist a must-watch is its interesting plot, its likeable characters... and the insane chemistry between them. The show rests on a practical portrayal of hospital life and the simple equation between these five doctor friends even makes you believe that they could be making music together when not attending to patients. The drama is a feel-good, slice-of-life breath of fresh air, and if there’s a petition doing the rounds for Season Two, we will be the first ones to queue up! 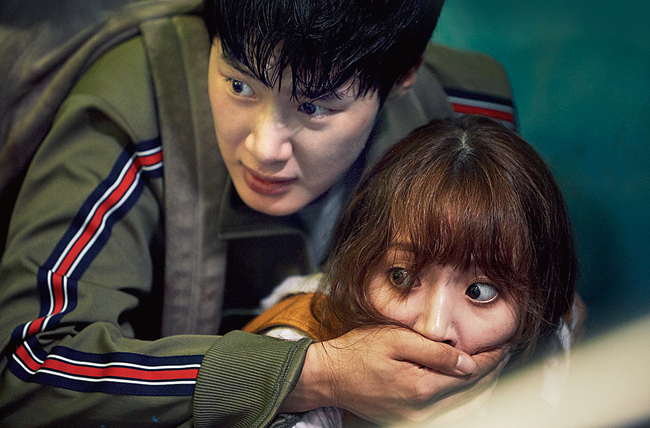 Plot: This one’s not for the faint-hearted. The plot follows Oh Ji-soo (Kim Dong-hee), a socially invisible school genius estranged from his father, who turns towards a secret life of illegal service to rack up cash for college. His life takes a tumble when Bae Gyu-ri (Park Ju-hyun), one of the popular girls in school, figures out his scheme and confronts him to unleash an edge-of-the-seat thriller that will leave you both horrified and intrigued, asking for more.

What works: Possibly one of the best crime-fiction thrillers released on South Korean television in 2020, Extracurricular is for those who enjoy a fast-paced plot that leaves you guessing at every turn. Ten episodes full of secrets and twists that give the term ‘extracurricular activities’ a whole new meaning, the best part about Extracurricular is its band of grey characters. The drama is dark in its dealing of class conflict, school bullying, money laundering, underground gangs and tough families and will have you hooked with its cliff-hanger twists and characters you can’t help but root for. Kim Dong-hee executes his role as the clumsy yet ruthless Oh Ji-soo with perfection. This is a number one recco for any K-Drama lover!