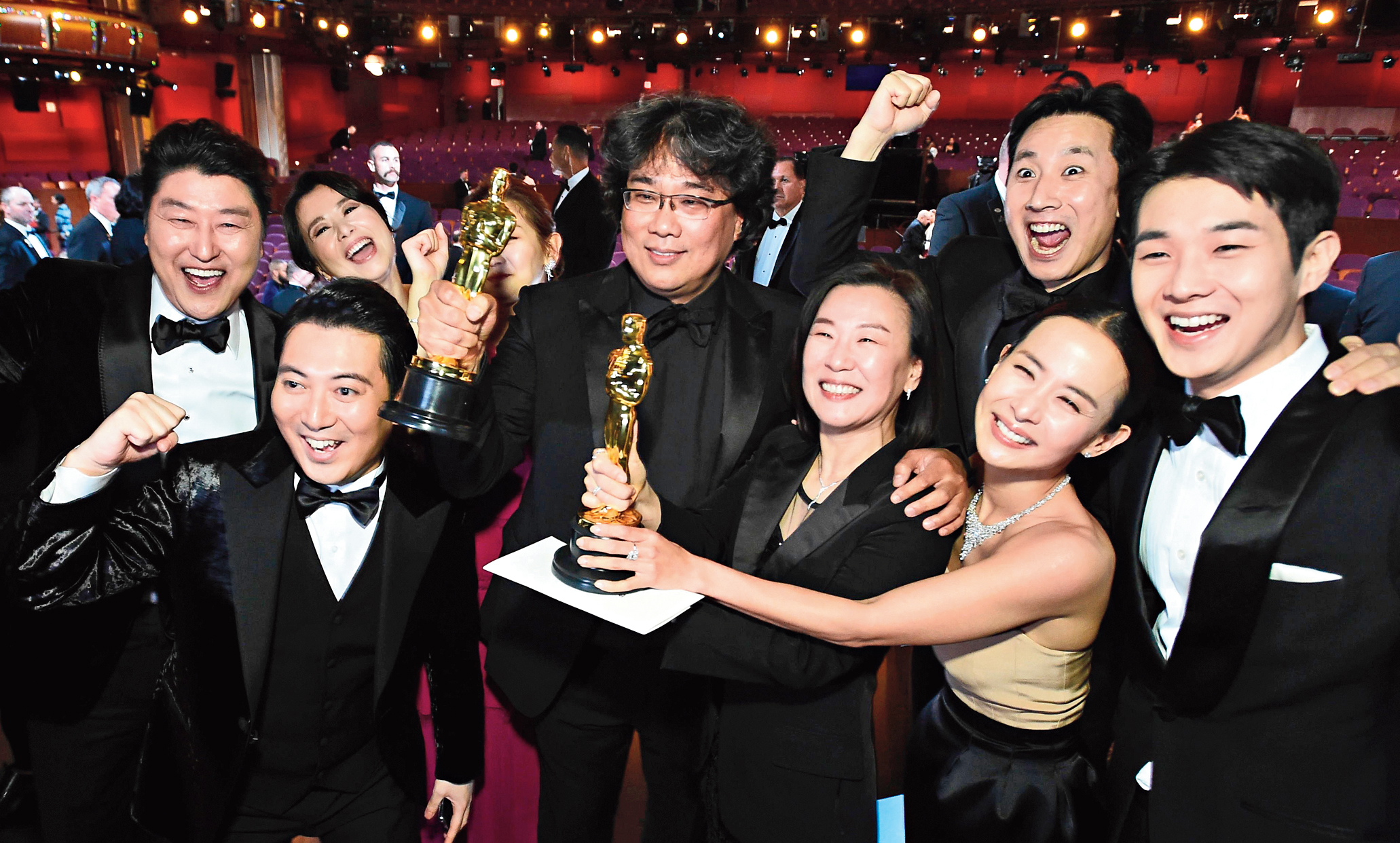 With the last of the after-parties and the after, after-parties winding up as the sun rises at Hollywood Boulevard on the dregs of yet another edition of the Academy Awards, let us begin by addressing the elephant in the room — or rather in Dolby Theatre — in the form of #OscarsSoWhite trending on social media, with almost everyone who went up on stage (presenters, performers, winners et al) acknowledging it. In fact, from the minute that the 92nd Academy Awards began, it felt like the award ceremony was walking a rather taut tightrope between standing by its nominations sans diversity and trying its best to overcompensate by throwing in performers and presenters of colour and diversity.

“Think of how much the Oscars have changed in the past 92 years. In 1929, there were no black acting nominees,” Steve Martin said. “And now in 2020, we have one,” Chris Rock added. In fact, I daresay, the mood of the entire award ceremony felt more like a protest anthem by the acting fraternity than just letting it be a mere celebration, while the Academy of Motion Pictures Arts and Sciences (Academy) seemed to be desperately making a go at their own version of Redemption Song.

Janelle Monae opened the ceremony with a rousing performance, proudly declared herself as a queer black woman and dressed as a character from Midsommar, gave a nod to films such as Dolemite Is My Name, Us and Queen & Slim, which were snubbed by the Academy. With this year’s edition being a follow-up of last year’s host-less version, we were treated to a buffet of offerings in the form of gems such as when Rock said, “Mahershala (Ali) has two Oscars! You know what that means when the cops pull him over? Nothing!” and when Maya Rudolph and Kristen Wiig flexed their acting skills to an amused expression on Billie Eilish’s face, which has now become fodder for memes.

Eminem taking to the stage was perhaps one of the best-kept secrets this year and was long overdue as he sang the 2003 Academy Award-winning Lose Yourself, and later Tweeted: “Look, if you had another shot, another opportunity... Thanks for having me @TheAcademy. Sorry it took me 18 years to get here”, acknowledging his absence from the ceremony back then. With the audience mouthing the lyrics to the song and Dolby Theatre having transformed into a concert arena for those few minutes, the rap artiste — notwithstanding the meme featuring Martin Scorsese seemingly falling asleep — left the stage to a standing ovation.

“When I was young and studying cinema, there was a saying that I carved deep into my heart, which is that, ‘The most personal is the most creative’.... That quote is from our great Martin Scorsese. When I was in school, I studied Martin Scorsese’s films. Just to be nominated was a huge honour. I never thought I would win.... When people in the US were not familiar with my films, Quentin (Tarantino) always put my films on his list. He’s here, thank you so much. Quentin, I love you.... And Todd (Phillips) and Sam (Mendes), great directors that I admire. If the Academy allows, I would like to get a Texas Chainsaw, split the award into five and share it with all of you.”
— Bong Joon-ho after winning the Academy Award for Best Director (Parasite)

Keeping with tradition, all the nominated songs were performed, with Idina Menzel and Aurora’s rendition of Into the Unknown (Frozen 2) along with nine others singing in other tongues; and Elton John’s performance of (I’m Gonna) Love Me Again (Rocketman) being the most noteworthy. Fresh from her Grammys honour roll, Eilish continued her dream run with a cover of The Beatles’s Yesterday for the In Memoriam section, though I am admittedly still in two minds about the suitability of her quavering vocal style for the timeless hit.

Coming to the awards, the usual suspects (proving the t2 predictions right!) featuring Joaquin Phoenix, Brad Pitt, Laura Dern and Renee Zellweger finished the award season by winning what they were tipped off to. While a clearly-overwhelmed Pitt gave cheekiness a miss for this acceptance speech, Phoenix finished an almost clean sweep of all the best actor awards this season “standing here on the shoulders of my favourite actor, Heath Ledger”, as he had aptly said at the SAG Awards. However, he continued with his norm of talking about pressing issues and referred to climate change and animal cruelty, while he ended with a poignant reference to his brother, River Phoenix, saying: “When he was 17, my brother (River) wrote this lyric. He said ‘run to the rescue with love and peace will follow’.” While Dern acknowledged her parents and referred to them as her “acting heroes”, Zellweger dedicated the award to Judy Garland, whom she played in the film Judy and also gave a nod to “heroes” from Selena (Quintanilla-Perez) to Serena (Williams) and (Martin) Scorsese to Bob Dylan as she said, “Our heroes unite us. When we celebrate our heroes, we’re reminded of who we are as one people. We agree. And that matters.”

A visibly overwhelmed Joaquin Phoenix finished an almost clean sweep of the Best Actor awards this season by expectedly winning the Academy Award for the Best Actor for Joker.

Renee Zellweger completed her dream comeback by winning the Academy Award for Best Actress for her portrayal of American actor, singer and dancer Judy Garland in Judy.

Laura Dern referred to the Best Actress in a Supporting Role (Marriage Story) as the “best birthday gift” and made her Oscar-nominee mother Diane Ladd cry in the audience.

Now two-time Oscar-winner Brad Pitt kept aside his self-deprecating jokes for this one (Best Supporting Actor for Once Upon A Time in Hollywood) and instead used his 45 seconds on stage, “which is 45 seconds more than the Senate gave John Bolton this week” and went on to suggest — “I’m thinking maybe Quentin (Tarantino) does a movie about it, and in the end the adults do the right thing.”

However, with the stark lack of diversity in the nominations, it was almost poetic when South Korean black comedy-thriller Parasite walked off with four wins and 50-year-old Bong Joon-ho delivered one endearing acceptance speech after another — at one point, he looked at his award in sheer disbelief and chuckled to himself while his fellow screenplay writer Han Jin Won wrapped up his speech. “When I was young and studying cinema, there was a saying that I carved deep into my heart, which is that, ‘The most personal is the most creative’. That quote is from our great Martin Scorsese. When I was in school, I studied Martin Scorsese’s films. Just to be nominated was a huge honour. I never thought I would win,” said Bong after winning the Best Director award, perhaps summing up best the aspirations of every filmmaker who hopes to make it big someday.

And history was writ therein when the entire cast of the film went up on stage to accept the biggest gong of them all — the Best Picture award, shattering 92 years of history with one deft stroke by becoming the first non-English language film to achieve this feat, as the front-row audience refused to let the Academy production unit dim the lights (as a times-up cue for the speeches) to hear them out.