The debutant pulls off a credible act in the Netflix film 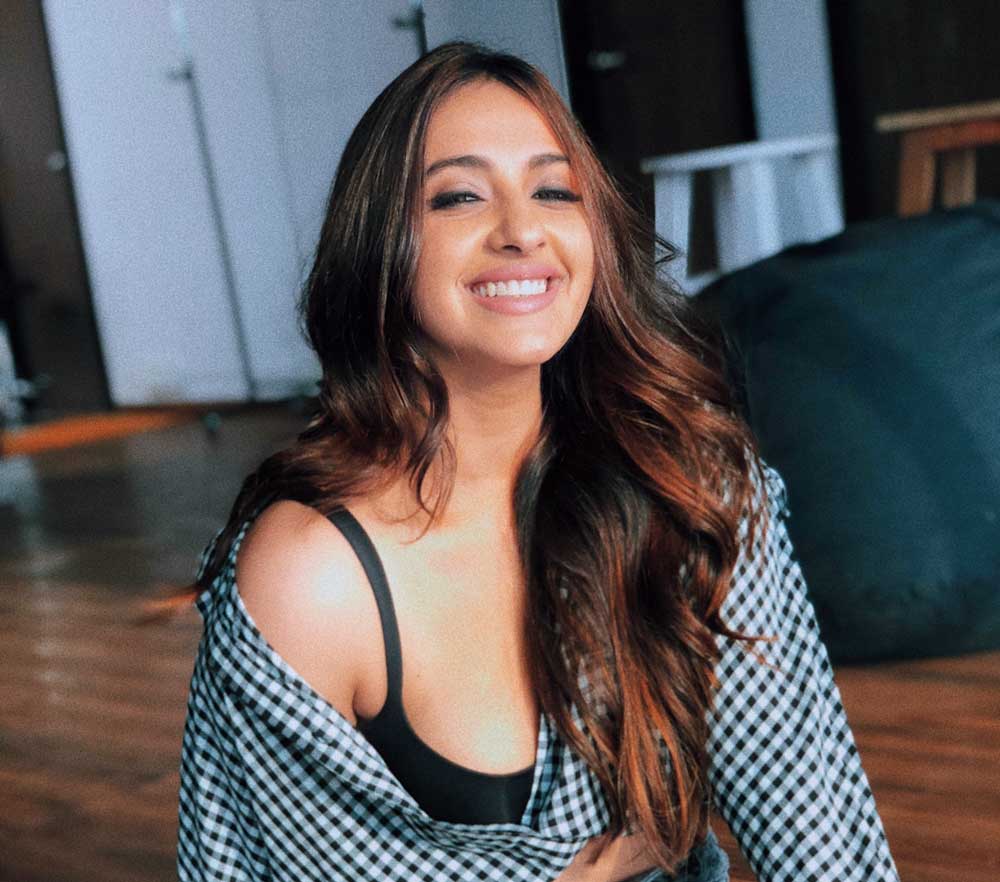 Guilty, the Netflix original produced by Karan Johar’s Dharmatic Entertainment, has not only come in for sizeable praise, but also sparked off conversations related to the #MeToo movement. The film, frontlined by Kiara Advani, has debutant Akansha Ranjan Kapoor pulling off a credible act as the small-town protagonist Tanu Kumar, who is at the front and centre of all the drama. A chat with Akansha on being Tanu, the relevance of Guilty and what bestie Alia Bhatt had to say about her performance.

You’ve been singled out for praise for Guilty. What have the last few weeks been like?

We started getting feedback a couple of months ago with screenings for some select people, which I thought was our most honest feedback because it gave us an idea of what was working and what wasn’t. The predominant feedback that I got from all screenings was, ‘The film is great and you are amazing!’ And I was like, ‘Hmmm, that can’t be right!’ (Laughs) But now, it’s the audience that’s spoken and that’s amazing. Girls are coming up to me and saying that Tanu (her character in the film) has taught them so many things, including confidence… they have shared their experiences with me. It’s been so overwhelming.

One compliment that I am taking really well is that people from Jharkhand and Bihar have reached out to say that my accent and behaviour was on point (Tanu hails from Dhanbad). That was a big relief for me because I am not from there and have never been there. The response to the film has been extraordinary. None of us can believe it… we are pinching ourselves all day and excitedly sharing reviews on our WhatsApp group.

What made you sign Guilty as your debut? Was it the messaging, the big banner set-up, the fact that it’s a relevant film…?

With no disrespect to anyone, how many dance and song films work any more, ya? I always wanted to do something like Guilty. I also want to do commercial cinema, but the interest has always been to do cinema that speaks to the audience. I wanted people to walk out of a film and say, ‘Man, this girl can act!’ And that’s exactly what’s happened. If I started out with a song and dance film, I would have got this kind of a role in perhaps my third or fifth film, or maybe not even that. I have done it in my first film and now people know that I can act.

What was the biggest challenge of playing a character who not only has the odds piled up against her but is also not really likeable?

First, her physicality is really different from mine. I did find that challenging. I had to gain weight and also look and dress a certain way. I had to do that in a way that I looked comfortable enough for the audience to feel that I am comfortable in the skin of the character. I also had to be thick-skinned — if you remember, even in the climax, people are abusing me and talking over me even though I am screaming my lungs out — and have a massive amount of confidence to play her. She is someone who requires zero validation from anyone else and I had to mentally prep a lot to reach that emotional state. And, of course, learning the accent and dialect was very challenging.

What is your understanding of Tanu and how much did you have to push yourself to have empathy for her?

That was literally the first thing I had to learn. On the top cover of my script, I had written the words, ‘Do not judge Tanu’ on Day One. I found myself doing that when I was reading the script and even during the readings. I kept going, ‘Oh my god, did she really do this?! Oh my god, is she for real?! Why is she wearing such a short dress?!’ So the first step was to understand what makes Tanu the way she is and to empathise with the character because if I didn’t empathise, how could I expect the audience to do so? I felt great when people came up to me and said, ‘We are angry with ourselves for judging Tanu’. I had to cover that entire graph of people resenting her at the beginning to making them feel guilty for resenting her at the end.

How relevant do you think this film is in today’s world?

We wanted the film to spark off a conversation, and that has happened. We are not deluded to think that this will bring about a change, as much as we hope it will. We all hope for a better tomorrow. The film has made people think twice… not just about #MeToo, but about judgment, about feminism, about safety of women…. It was relevant even 20 years ago, it’s just that people weren’t talking about it. People are talking about it now. Guilty has restarted the #MeToo conversation and that, honestly, was our one-point programme.

Your bestie Alia Bhatt was present at the premiere. What’s her verdict?

She’s very proud, like everyone else is (smiles). She was taken aback by how good the film is… no one expected it to incite such feelings in them. My performance made her very proud and that made me very, very happy (laughs).