The actor, who also doubles as an ad film-maker, can be seen in the comedy PariWar, streaming on Disney+Hotstar 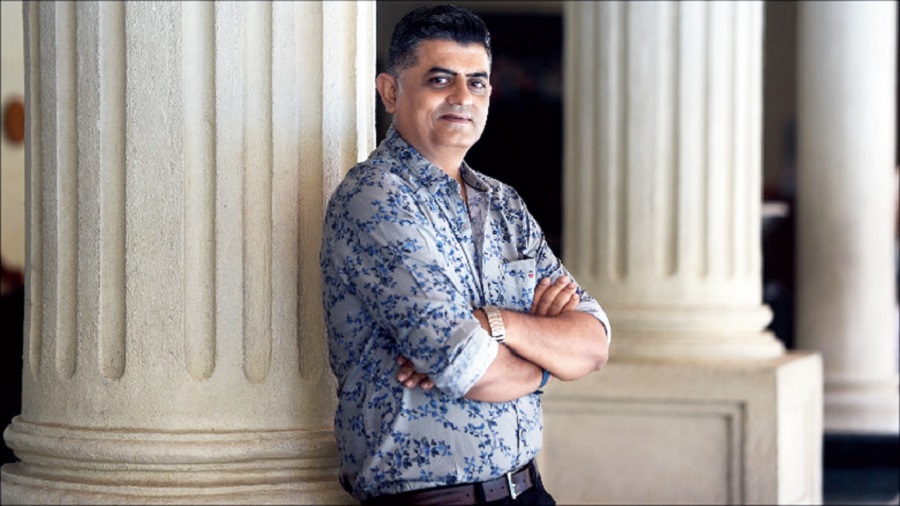 Gajraj Rao is a delight to speak to. The actor, who has been delivering stellar performances over the years, shot into the spotlight with his breakout role in the 2018 dramedy Badhaai Ho. Since then, Rao, 49, has aced a slew of parts, across mediums. Right now, the actor, who also doubles as an ad film-maker, can be seen in the comedy PariWar, streaming on Disney+Hotstar. The Telegraph caught up with Rao for a chat on this phase of his career and his love for Bangla.

Was the fact that PariWar gives you a chance to revisit comedy one of the primary reasons to sign on?

It’s a family entertainer. Everyone can sit and watch it together. I signed on for a couple of reasons. This has been made by Arre Studios who are known for quality content and I know one of its founders Sanjay Ray Chaudhuri since my Delhi days. He’s a friend, coach, mentor.... Plus, it’s directed by Sagar Ballary, who directed Bheja Fry. When I read the script, I really liked it.

I like working in the web space. It’s a democratic set-up, there is no fear of Fridays. The script is given the utmost importance, and very rightly so. On a web show, the names of the creator and the showrunner are shown prominently. This is an amazing time for writers, directors, actors, technicians, everybody.... That’s why big names from the film industry are now associating with web shows. Anushka (Sharma) has produced some really good content on the web.

You’ve been around for years, acting as far back as Bandit Queen in the ’90s, but you are being noticed and lauded now. What would you count as the turning point in your career?

Badhaai Ho, without a doubt. Meri life Badhaai Ho se change ho gayi. My life can actually be divided into ‘before Badhaai Ho’ and ‘after Badhaai Ho’. That film is a huge milestone in my life. Earlier, I would get important roles but they were smaller roles. Abhi mujhe central characters ke liye log approach karte hain. As an actor, bahut achha feel hota hain... that I am being considered for a variety of parts.

Your co-star of many films, Neena Gupta has been vocal about older actresses not getting enough roles in films. Is that something that even male actors of a certain age face?

Cinema has a lot of commercial considerations, to be honest. Very often, one needs to cater to the younger audience and for that, having a love story is imperative. People want to see an ‘appealing’ protagonist. The web isn’t limited by these considerations. But changes are happening in movies also. Meaty roles are now being written for actors above the age of 40 and 50. There is a big revolution happening in the web space. Neenaji herself has a very good show (Masaba Masaba) streaming right now. It’s a huge, huge success. The audience wants to see good content and competent actors, for them age doesn’t really matter. I am sure that as the fear of box office dissipates, more and more meaty parts will be written for actors above a certain age, at least on the web.

Has being typecast been a struggle for you?

As an actor, I don’t have much elbow room. I can’t complain ki mujhe stereotype kar diya. If I start complaining, ‘Please don’t come to me with roles which is that of a 55-year-old or 60-year-old father’, then 95 per cent of work will stop coming to me. So the best way is to navigate through what’s offered to me and pick the best role among the lot.

My father did the same job in railways for 35 years, and I never heard him complain that he felt frustrated and bored going to the same railway reservation office every day. I will get stereotyped if and when I do the same job for 50 years on the trot. I’ve only acted as a father in two or three films so far.

And you have an alternative career as an ad film-maker...

Absolutely. I can fulfil my desire to be a storyteller through my work in TV commercials.

Your social media bio lists you as a fan of Utpal Dutt. Which is your favourite performance of his?

I have seen Gol-Maal and other similar Hindi films featuring him. In the ’90s, he came to Delhi for a shoot. He was working in the Hindi adaptation of a Russian play, it was a teleplay. I would often visit the library of the culture house where he was rehearsing. I met him in those two-three days. The way he spoke, the ideas he had about theatre made a deep impression on me. At that time, I didn’t really know who he was... I had no idea that he was such a giant in Bangla cinema. There was no Google to help me back then! (Laughs) I later realised that he’s a genius, and that’s when I started watching more of his work. I remember watching him in Do Anjaane with Amitabh

Bachchan and Rekha. He was really in his elements in Bangla films.

I guess whatever he did in Hindi cinema was his jeb kharchi... his real jaw-dropping work was in Bengali films. Gol-Maal and all was his jeb kharchi. I am sure Basuda (Chatterjee) and Hrishida (Hrishikesh Mukherjee) would tell him, ‘Ei shon, akta film achhe, korbi?’ And he would probably go and wrap up those films in 10-12 days. Such a genius he was, that man.

Your Bangla is surprisingly flawless...

I have always been surrounded by Bongs! As a kid, I would stay in the railway colony and had many Bengali neighbours. Then I started doing theatre and for almost eight-10 years on the trot, I would be in Calcutta for the annual summer theatre festival. Pehli baar maine kisi sheher mein logon ko theatre ke liye line lagate hue dekha. In Delhi, we would have to give passes to people and say, ‘Yeh raha pass, please aake play dekh le’ (laughs).

In Calcutta, I was once at Arya Vidya Mandir or Nandan for a play as part of the Padatik festival, and I was shocked to see people queuing up. I went in and shouted, ‘Bahaar log line lagaake ticket khareed rahein hain!’ I thought our play was special, but later I was told that Bangali log play dekhne ke liye ticket khareed te hain! (Laughs) That was a revelation. Wonderful memories, and that’s how I know Bangla. My assistant Hindol is Bengali. My caller tune is Tomake chai... Sumaner gaan. Many people think I speak Bangla well but there are some purists who feel I shouldn’t speak the language at all! (Laughs)