In the film In Ritwick plays a primary school teacher, Milon, who is also a kabaddi coach, while Sohini plays his sister, Sheema 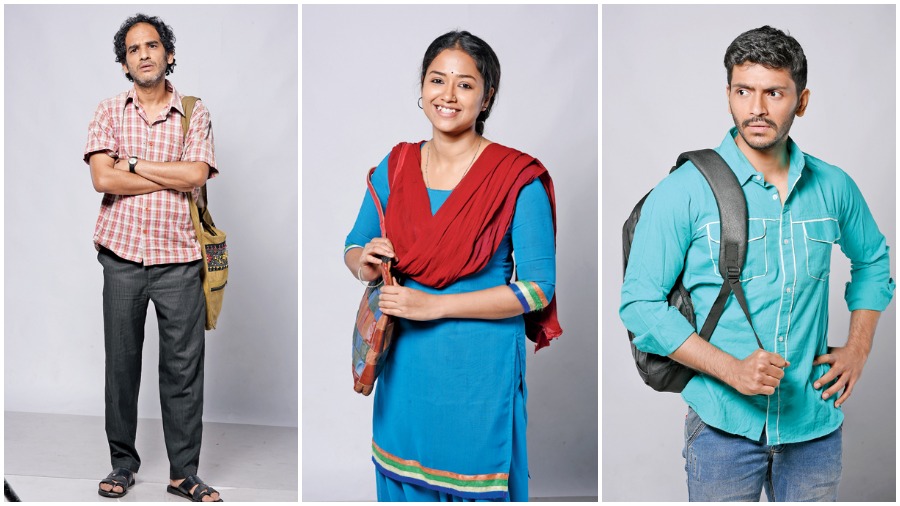 As Kaushik Ganguly gets ready to start the shoot of his new film Kabaddi Kabaddi, starring Sohini Sarkar, Ritwick Chakraborty and Arjun Chakrabarty, here’s the first look of some of the key characters. “The looks have been designed really well I think. They reflect the lifestyle and culture of this particular strata. I strongly feel once an actor/actress dons the make-up and costume, they are automatically more than halfway in character. It helps the mental set-up immensely and mouthing the dialogues the way they are designed in the script, sort of flows naturally,” says Arjun.

In Kabaddi Kabaddi, Ritwick plays a primary school teacher, Milon, who is also a kabaddi coach, while Sohini plays his sister, Sheema. Arjun plays Chanchal, a state-level kabaddi champ with national aspirations. Milon is his coach. Chanchal is a passionate individual who also happens to be in love with Milon’s sister Sheema. Kabaddi Kabaddi is produced by ABS INFOZON PVT. LTD.