FIFA World Cup: Watch these 5 documentaries for behind-the-scenes stories through the years

The World Cup documentaries are available on Netflix, Discovery+, YouTube and FIFA+ 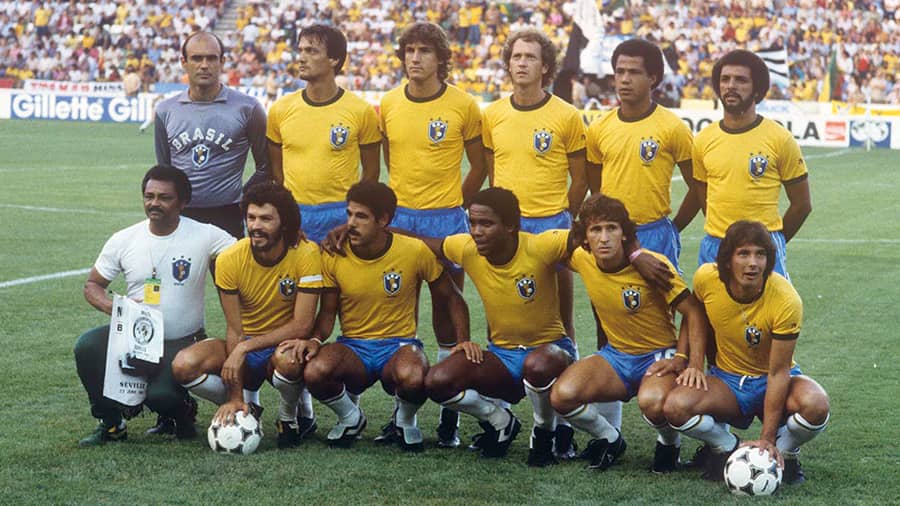 Football fever has gripped the globe ahead of the 22nd FIFA Men’s World Cup, which will begin with the match between Ecuador and host nation Qatar on November 20 and continue till December 18.

As 32 footballing nations get ready for glory on the biggest stage, we pick five documentaries that capture the history of FIFA World Cups, controversies surrounding the tournament and its massive impact on public life.

This eight-part documentary series follows the six captains of six national teams during the qualifiers for the 2022 FIFA World Cup as they all chase one dream. It captures some of the most poignant moments during the qualifiers, including the triumphs and heartbreaks of some star players who carry the burden of their nations on their shoulders.

In this docu-series, you can see how Gabon captain Pierre-Emerick Aubameyang prepared his team before coming up against Mo Salah’s Egypt. It also showcases how injury gave Croatia captain Luka Modric the chance to reflect on his entire footballing journey and Jamaica captain Andre Blake’s efforts to unite a team full of discordant players. Captains effectively captures the pressure, responsibilities and pride of the players who are chosen to lead their countries to the World Cup.

Watch it on: Netflix and FIFA+

Created by Fernando Kalife and Sandro Halphen, this 2018 documentary is about the colourful history of the FIFA World Cup. Becoming Champions explores the eight countries that have won the most coveted title in international football and uses footage from its earlier instalments.

This docu-series features interviews of former players, coaches and journalists from World Cup-winning countries for insights into the winning mentality. It also goes deep in examining the football culture in these countries, exploring why football resonates with the masses even in the most underprivileged of places.

This documentary traces the Brazil national team’s epic journey through the 1982 FIFA World Cup in Spain. Known as the team that arguably produced the most beautiful football ever on the pitch, the team eventually fell short of their ultimate goal by conceding a heartbreaking defeat to Italy in the last match of the second round of the tournament, thanks to a spectacular hat-trick scored by Italian striker Paolo Rossi. BBC famously described Brazil’s exit from the tournament as ‘the day football died’.

The 1982 Brazilian team included Zico, Falcao and Socrates —  some of the greatest names in the game’s history. Futebol Arte features exclusive interviews with these players as well as journalists and supporters to discover what made that team so spellbinding to watch. The documentary catches the joy, the excitement and the eventual heartbreak, a combination that makes football so tantalising.

This five-part documentary focuses on five footballers from footballing backwaters who not only became World Cup icons but also legends of the game. It unearths players like Japan’s Hidetoshi Nakata, Romania’s Gheorghe Hagi and Cameroon’s Roger Milla, whose talents first found expression on the greatest stage of world football and against some of the toughest opponents. These players went on to become icons not only in their own countries but all around the globe where the game is played.

Discovering takes a deep dive into the pivotal moments in these players’ lives and ruminates on their significance in the context of the World Cup. The series also expertly displays how the performances of these players rejuvenated their countries, gave them identities and set them in a more prominent position on the footballing map.

Watch it on: FIFA+

The Men Who Sold The World Cup

This two-part series explores the corruption, backroom deals and oil money that influenced the Persian Gulf kingdom’s selection as the host of the 2022 edition of the World Cup. It shows how Qatar successfully staked its claim despite its lack of proper infrastructure, alleged human rights abuse, persecution of LGBTQ+ people and mistreatment of migrant workers.

The Men Who Sold The World Cup follows the well-documented corruption at the core of FIFA and its officials. FIFA recently asked the footballing nations to concentrate on football rather than politics, but the outrage it caused will die down easily.

Watch it on: Discovery Plus