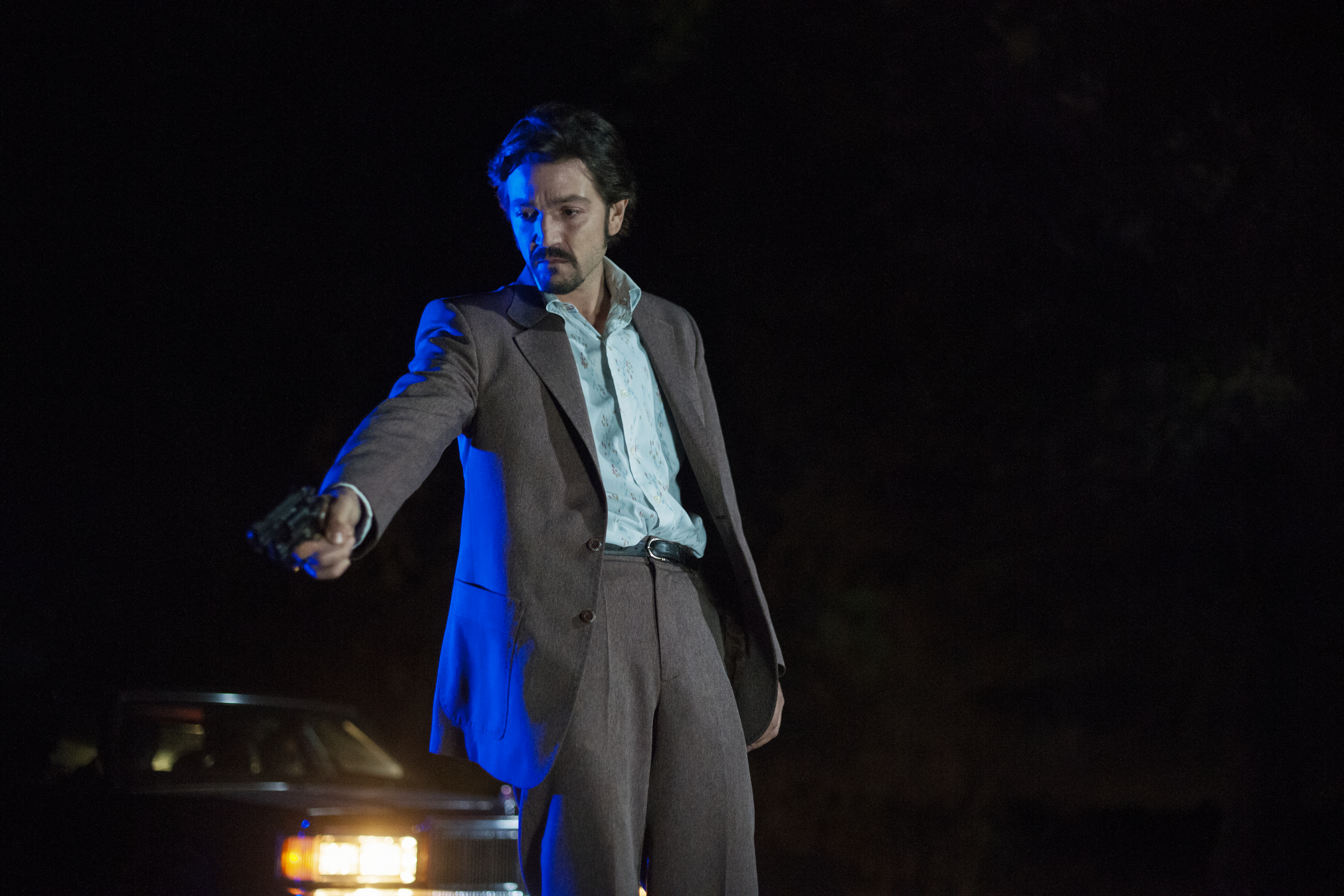 In Narcos: Mexico Diego Luna plays the 'Rockefeller of Cocaine' who was there when the ongoing Mexican drug war started
Karishma Upadhyay   |   Published 19.11.18, 09:01 PM

When we met the actor at Taj Land’s End in Mumbai, he was fighting a losing battle with a cold. When he wasn’t sneezing, he was blowing his nose. “All this travelling has finally got to me,” he said, referring to the promotion blitzkrieg leading up to the new season of that has taken him to Los Angeles, Italy, Singapore and, finally Mumbai. Though once we start chatting about the show all traces of ill health immediately disappear. A naturally generous and fast talker, Diego punctuates his sentences with big hand motions and bigger smiles as he talks about Mexico of the ’80s, inclusivity and why his character Felix Gallardo is nothing like the kind of ‘narco’ we’ve seen before.

Was it an automatic ‘yes’ when Narcos: Mexico was offered to you?

Not at all. It took me quite a while to accept doing this because of what it means to me. I live in that country, and what we’re talking about here is the beginning of the mess we’re living in today. For me, it was very important to find out if they were going to contribute to the discussion with this and if they were going to trigger the right reflections on audiences. I sat down with Eric (showrunner Eric Newman) and talked a lot about it and gradually I began to realise that this is something I wanted to do.

Had you seen the previous seasons of Narcos?

I saw the first one, and then I saw the third. I have trouble catching up with series because I have two kids, and I work too much. Every season is 10 hours — 30 hours is a long time. I did watch the first one out of interest, because I was interested to see what they were doing and I’m good friends with Wagner Moura (who played Pablo Escobar in Narcos) and many of the other actors in the first season. The third, I saw with different eyes because they offered me this role — I wanted to see what they just did, and whether I was willing to participate in this one.

You’ve described your character Felix Gallardo as a different kind of drug dealer. What do you mean by that?

What I meant was he wanted to be seen as a businessman. This is all me guessing because I don’t know the guy and have never talked to him, but I felt he was more of a politician. He spent a lot of time working for the governor of Sinaloa and he became really close to the family, and even would take care of his kid. He was very loyal to this man, and understood a lot of what politics meant back then.

Politics was seen as a business in my country. They were not there representing the people, they were there running a business. It would involve every level of power, and what Felix creates is quite unique. That’s why I say he’s not the stereotypical Narco of Mexico that we all think of — the rancher who brings a lot of wealth to a little poor town, who builds the most horrible house with tons of money and fixes the church and the plaza. He wasn’t that kind of man. He left Sinaloa and went to create his empire in Guadalajara, and was willing to sacrifice anything and leave whatever he had to leave behind in order to succeed. He had the kind of ambition that you see a lot of, in politicians; the kind of people who will tell you what you want to hear to get what they want.

He organised a system that was far more important than any man. He sat at a table where people were trying to kill each other, and convinced them to work together and protect each other. That is a different skill. It’s not just the creation of fear or threatening people with killing them or finishing their business; it’s manipulation of people to a point where you make them do what you want. That’s why he was a different kind of drug dealer and also why he was a step ahead of everyone.

When a character has as many flaws as Felix does, how do you get yourself to like him or have empathy to be able to play him?

I don’t like him at all, I just don’t judge him. As an actor, I think that every motivation he has, has to be a real motivation. You have to humanise the character, because these guys have an explanation for everything. The big mistake while considering the villain of a story is saying, ‘He did this because he’s bad’. No. He did this because of love, jealousy, regret, ambition and fear; the same things you and I feel. It’s just that he’s willing to cross a line, while you’re not. When you talk about this character killing someone else, he does it because he feels frustrated that the other guy is not understanding what he’s saying. I wouldn’t kill that guy over it, but I understand what got Felix to kill him. That’s the only way to approach it, otherwise you’re just doing a two-dimensional character that is boring to watch, because that’s not real.

There have been some rumblings in the Mexican press about this show glorifying drug traffickers. Was that a concern for you?

All of that came before the show was ready. It really is people talking about their preconceived notions from other shows, because there are telenovellas today that glorify drug dealers. If people have started talking before watching our series, I don’t care about those opinions. I’ve already spoken to reporters in Mexico, and nobody brought up this issue, because they watched the first four episodes. Personally, I don’t think the show glorifies them, but it humanises the journey of these people, and reminds you that they are also victims of the system.

It’s shot in Mexico. Did you discover anything new about your country during the shoot?

It was very nostalgic to represent the Mexico of the ’80s, and to see how much it has changed. How little freedom we have today compared to the Mexico we used to live in back then. My memories are the memories of a kid, and I can’t help thinking of my kids today and how little freedom they have compared to what I had. The world has changed, not necessarily in a great way. The violence in the last 12 years has got to a point that nobody can feel safe in Mexico, and that’s very sad.

The worldwide success of Narcos, and you being the first Latin lead in a Star Wars movie — these are all important steps towards inclusion in Hollywood. How do you see the significance of all this?

What I see is that audiences are finally shaping the content they’re seeing. Audiences are asking for what they want, and because of all these new platforms and all these new tools we have in the world of data, the industry is having to react. People want to see shows and films that talk about who they are, that talk about their context and their issues. And that’s just good news. Finally, it’s not just a few people sitting behind a desk thinking and deciding what people want to see.