Advertisement
Home / Entertainment / Father Dominic Savio on his experience of being an actor for the first time, in Mahananda

Father Dominic Savio on his experience of being an actor for the first time, in Mahananda

‘I meticulously looked at the way film shooting takes place’ 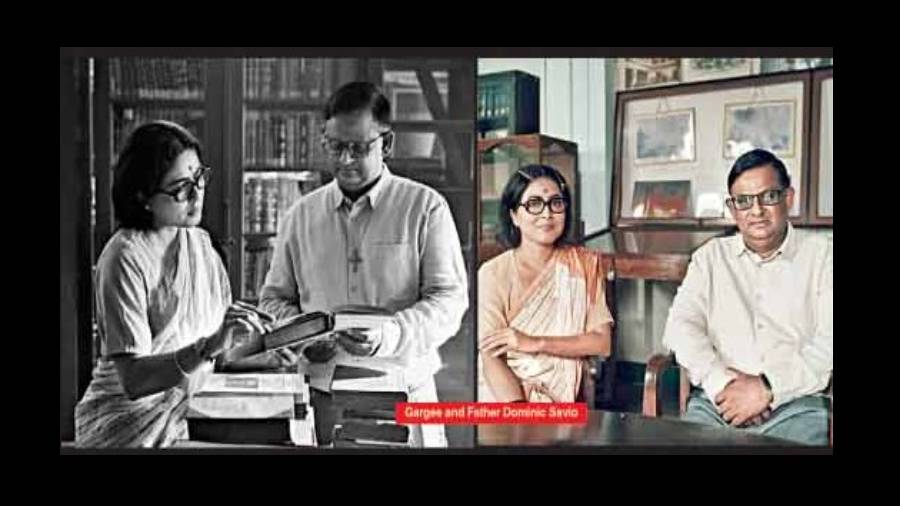 I am a Jesuit Priest. Primarily our field of work is the education apostolate. I come across many people in our churches and engage with them in giving advice for good life and to serve God by loving and helping  our brothers and sisters around us. I meet many students as the principal of St. Xavier’s College (Autonomous) Kolkata, who come to me with their academic as well as personal problems. I also meet our alumni/ae as the president of the Alumni Association of the College. I regularly interact with my companions, other Fathers in the St. Xavier’s Community and also with many others  from various establishments. I need to interact and express myself differently depending on the person I am engaging with. So, I have to be in different roles to interact, counsel, preach, sermonise, pray, teach and conduct administration as principal of a premier college in Calcutta.

Recently, I got an opportunity to act in a Bengali film, which was being shot in the portals of St. Xavier’s College, Kolkata. Initially I was in a dilemma. But when I got to know that the movie, Mahananda, is based on the life and work of the legendary personality Mahasweta Devi, the writer, social worker and activist who spent her life for the tribals, marginalised and downtrodden, I thought, by taking part in this film, I shall be able to pay my tribute to this warrior.

I really felt so while acting in a very short role and that too of a college professor, which is my actual occupation. So, I was not very nervous because I could do in the shooting what I normally do in the college as a professor. The other advantage was that the director Arindam Sil and producer Firdausul Hasan, both were Xaverians, whom I know very well, and this gave me a lot of comfort and confidence.

I meticulously looked at the way film shooting takes place. The details of the settings, make-up, dialogue, light, sound, camera and the effort of many in getting various things done to make one shot perfect and thus  contribute to the making of the full movie.

In that way I was amazed to see how much time was required to take a particular shot of a very short duration. I liked the creativity, commitment and seriousness of the cast and the crew, who were trying to reach perfection as a team. In fact, they actually proved that work is worship.

It was a great opportunity for me and I liked it, enjoyed it and at the same time learned so many things from it. We play different roles while interacting with different kinds of people and this was another role played by me. I will surely remember this experience, may be my lifetime experience, or who knows I might get more offers in the days to come!