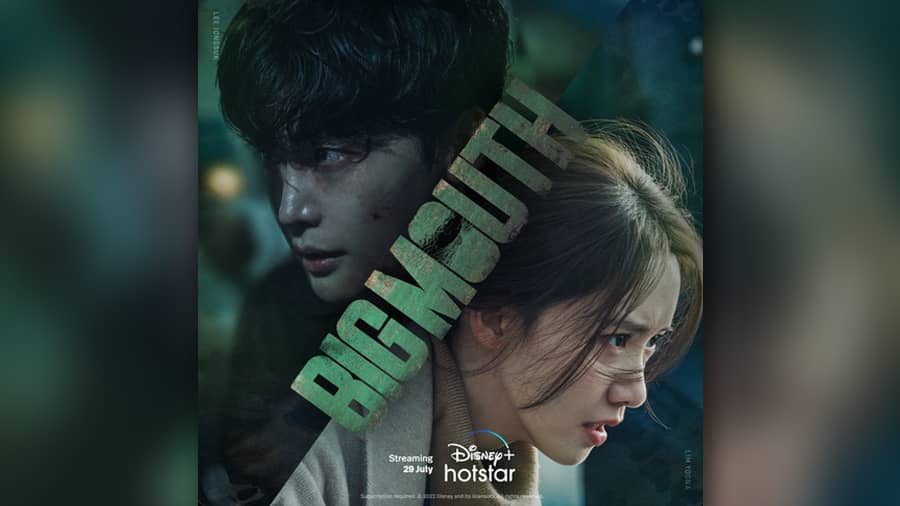 Lee Jong-suk and Lim Yoon-ah’s new Korean drama series, Big Mouth, will be available in India on the streaming platform Disney+ Hotstar from July 29. The streamer shared the release date of the new crime thriller on its official Twitter page on Thursday.

Big Mouth follows the story of a mediocre lawyer Park Chang-ho, played by Lee, who gets involved in a murder investigation, which is somehow connected to the swindler Big Mouth. This leads him to a grave situation that changes Park as a person. He is no longer the underperforming lawyer, as he sets on to uncover the real conspiracy. Lim plays a nurse who is married to Park.

By now, the show's trailer has already grabbed our attention, which opens with Park Chang-ho being pushed around by several clients, complaining about his lack of skill in the courtroom. Soon, we see his life taking a sharp turn after he gets into a car crash. Next, we see him in prison. The teaser ends with a declaration from Park, who has now taken on a tougher persona. “I follow the law of Big Mouth, my way. From now on, I am the real Big Mouth,” he says.

The show marks the small-screen comeback of Lee, known for K-dramas such as W and While You Were Sleeping, following his military service. He recently had a special appearance in the 2022 film, The Witch: Part 2. The Other One.

The series has been helmed by director Oh Choong-hwan, best known for his works like Hotel del Luna and My Love from the Star.