Dino Morea on his Bollywood comeback as an antagonist

‘I have got comments like ‘savagely sexy’ and ‘beautiful beast’ 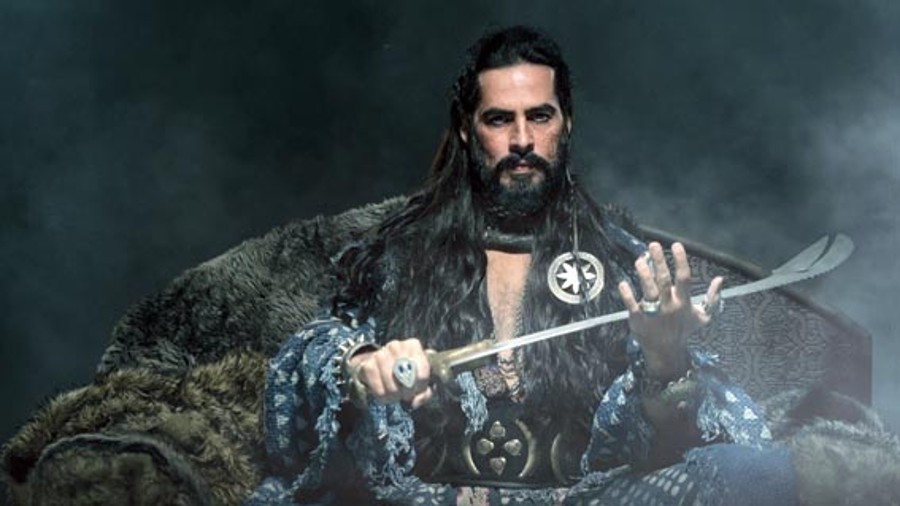 Dino Morea makes a comeback as an actor as the sneering and menacing antagonist Shaibani Khan in The Empire, now streaming on Disney+Hotstar. t2 chatted with the leading man of films like Raaz and Pyaar Mein Kabhi Kabhi on the transition from romantic to renegade and what we can expect from Dino 2.0.

What have you been hearing ever since The Empire dropped?

I have constantly been hearing things like ‘magnum opus’, ‘ultimate show’, ‘India’s biggest show so far’, and so on and so forth. I am thrilled beyond words and very grateful to be part of something like this. Right now, it’s coming so fast together that I am truly overwhelmed.

I am being presented in a way I have not been before, and people are saying, ‘We didn’t expect Dino to be this way.’ I have got comments like ‘savagely sexy’ and ‘beautiful beast’... all the alliterations are coming out now! (Laughs) And I am like, ‘Okay, this sounds great!’

The industry is also taking note and sitting up and saying, ‘Oh, shit!’ There is a director, who I won’t name, who said, ‘We didn’t know this romantic hero could also be this way.’ I am so grateful to Nikkhil (Advani, creator-producer) and Mitakshara (Kumar, director) for thinking out of the box. For casting me... this is what you call anti-casting. Someone who has been a romantic hero playing the antagonist is so interesting because you don’t expect it. Hats off to these guys for taking this risk with me. And it’s paying off because the industry is saying, ‘Now we know what Dino is capable of.’ I am excited because now I feel the interesting offers will start coming.

Do you feel this recognition has been long overdue?

It’s been a very long time coming. I have been waiting patiently for interesting opportunities. I did my last film in 2011 and I consciously started saying ‘No’ because I was only getting mediocre offers. It was a tough period in my life. I went through insecurity because I know that out of sight is out of mind. You keep thinking whether the good offers will ever happen again. But I kept psyching myself constantly that in the event of a good offer coming in suddenly, I should be in a position, mentally and physically, to be able to start shooting immediately. I just kept working on myself.

Finally someone took a chance on me, and from Hostages to Tandav... they were all a warm-up to this big show. I am happy that the red lights of all these years are now converting into green lights for me (smiles). I always believe that the universe has to conspire for something to happen to you... it takes time.

And this is, most definitely, the best time to try out new parts, given that the acceptance levels of the audience have well and truly peaked....

For sure. Creators are now looking at new talent, at interesting talent. There is no hero-heroine anymore. The script is now the true hero. One can sign on the biggest hero and heroine in the business, but if the film doesn’t work, they don’t work as well. Everyone has to play a character today, and the new generation is increasingly realising that. You may be the lead character, but the other characters make who you are. So that’s a major change that’s happening.

But then there are other things that have still remained the same. Perceptions like, ‘This actor will sell, that actor won’t sell.’ Granted, there are actors who can guarantee producers bums on seats, but they are only a handful. Besides them, it’s the story that works. And we are really telling good stories... look at Jamtara, Paatal Lok, The Family Man....

Coming back to The Empire, what kind of prep went into playing your ferocious Shaibani Khan? You had mentioned that you actually listened to music every day on set and modelled him on the walk of a panther....

I have this process of associating every character that I play with an animal. Any character — even if it’s that of a romantic hero — when you read the script, you realise that there are some animal-like traits that he will have. With Shaibani Khan, for me it was a toss-up between a lion and a panther. I discussed it with Mitakshara and she said, ‘It’s a great idea... I think the character is a black panther.’ I studied some National Geographic videos just to get an idea of how the animal is. The way it walks, how stealthy it is, how cunning it is, how it is before an attack. It’s a cold animal, but so beautiful to look at, and I imbibed some of those qualities in Shaibani Khan.

Even when he talks, there is a madness to him... a certain growl that makes him menacing. You may laugh at it, but you want to keep watching him. That’s exactly what a black panther is... enigmatic and very mysterious. With Shaibani Khan, you never know what his next move will be... whether he will hug you or stab you.

Before every scene, I also created a certain music which functioned as some sort of background music in my mind. I needed to create an energy and a feel for Shaibani Khan. It really helped in my head to get into that zone and that space. I also read the script 25-30 times just to understand the psyche of the character and the environment in which he operates.

What kind of dimension does playing Shaibani Khan add to you as an actor?

The audience has got to see a new version of me. I hope people recognise the versatility I have and what I can do. I am pretty capable. You give me something juicy and I think I could squeeze the hell out of it and make it beautiful! (Laughs)

You have also produced Helmet, which released last Friday. So it’s Dino 2.0 all over....

Do you revisit your work?

Oh ya, ya! I have my DVDs, I watch them. I keep going back to them to see what I was like and how I can do things differently. Even when I watched them after they had just released, I knew what I could do differently. What I did in my younger years were parts that were sweet and romantic... and some thrillers. Now I feel I have better capability to get into the skin of a character and make it far more convincing than what I did before.