The Netflix film directed by Russo brothers, starring Chris Evans and Ryan Gosling, released on the streaming platform on July 22 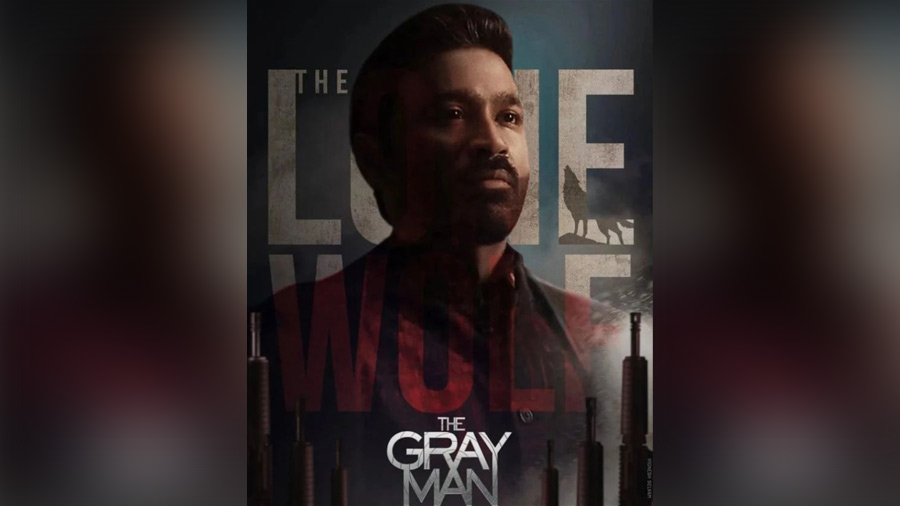 Superstar Dhanush on Saturday confirmed that he will be reprising his role of assassin Avik San aka The Lone Wolf in the follow-up project to Netflix blockbuster The Gray Man starring Ryan Gosling and Chris Evans.

The actor made his Hollywood debut with the Anthony and Joe Russo-directed action spectacle, which premiered on Netflix on July 22.

Dhanush posted an audio clip on Instagram, in which he delivers a stern warning to Hollywood star Ryan Gosling's CIA mercenary Court Gentry aka Sierra Six.

"Six, This is Lone Wolf. I hear we are both looking for the same man. I want to offer you some advice. Stop looking. You are wasting your time. Because if I find him first, there will be nothing for you to look for. And if you find him first, then I will find you. Nothing personal,” he says in the clip.

Alongside the audio clip, Dhanush wrote, “The Gray Man universe is expanding and the sequel is coming Lone Wolf is ready, are you?”

Netflix and The Russo Brothers have already announced the sequel as well as a spin-off movie which will explore different elements of the original film's universe.

The filmmaker duo, known for Marvel blockbusters like Captain America: Winter Soldier, Captain America: Civil War, Avengers: Infinity War and Avengers: Endgame, will return as directors for the sequel, which will be penned by Stephen McFeely.

The spin-off film will be written by acclaimed screenwriters Paul Wernick and Rhett Reese. Plot details are currently under wraps.