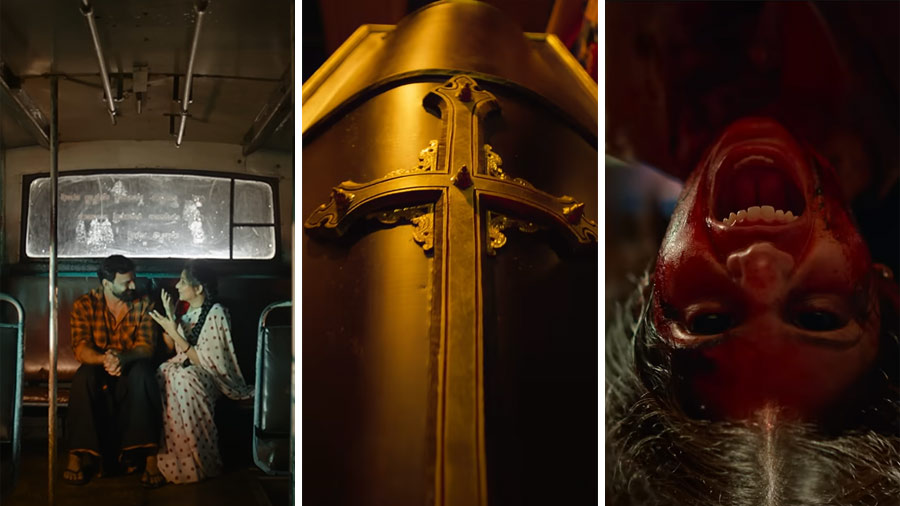 The makers of Anaswara Rajan’s coming-of-age film, Mike, dropped its official trailer on August 1, kickstarting the month on a high note for the Malayalam film industry.

Here’s a recap of all the important events that made waves down south and a list of upcoming projects.

In the two-minute trailer, rain plays an essential role in fight sequences and romantic scenes. Monsoon Raaga is directed by S. Ravindranath and produced by A.R. Vikhyath. J Anoop Seelin has composed the music for the film.

The one-minute-45-second trailer revolves around a drug business and the strange events that follow. The trailer gives us glimpses of different characters and a hint at the twisted plot.

Peace will arrive in theatres on August 19.

The short teaser gives us a glimpse of a young girl who starts to act strange and her family struggling to understand whether her actions are related to psychological or supernatural events. Strange murders and accidents keep happening as the story gets increasingly dark and spooky.

The makers have not yet announced the release date of Masooda.

Filmmaker Pa Ranjith unveiled a new poster of his upcoming film Natchathiram Nagargiradhu on Twitter. The film is said to be a contemporary take on the lives of modern theatre artistes.