Tennant, the Tenth Doctor actor, will reprise his role as a space travelling Time-Lord for the 60th anniversary of Doctor Who 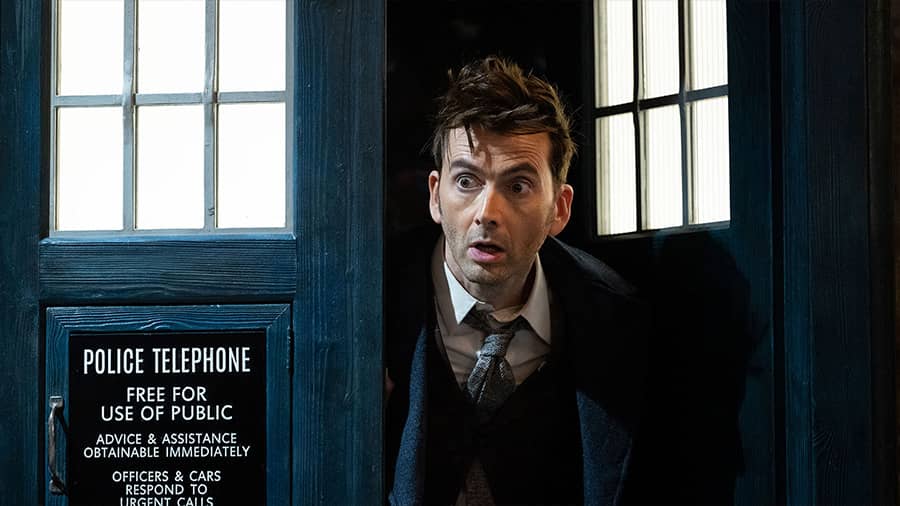 ‘I don’t want to go’. That was the last thing the Tenth Doctor, played by David Tennant, said before he regenerated. Ten years and three Doctors later he is back in the TARDIS and coupled with the fact that Russell T Davies is back at the helm, it is the best news ever for Doctor Who fans. And even better is the fact that a partnership between BBC and Disney+ means that we might just be able to watch him at the same time as the UK.

Doctor who? Tenth Doctor who? Regeneration what? Back how? TARDIS what? Why now? Well, Doctor Who Day (celebrated by Whovians on November 23) reminded us what is in store in a year’s time — the 60th anniversary special — and we wanted to share the joy that is the Time-Lord with those who haven’t met him yet.

If you’ve never watched the longest running science fiction show ever, you are in for a treat given the fact that Davies was the man behind the revival of the show in 2005, and Tennant the most popular Doctor since. But before we get ahead of ourselves, here’s why you should be excited about the show in general and the duo’s return in particular.

What is Doctor Who?

Doctor Who is a British science fiction show about a Time Lord, a time-travelling, humanoid extraterrestrial being, first aired in 1963. Since then there have been 13 Doctors (which is what the Time Lord is called) — the last of whom, played by Jodi Whittaker, regenerated on October 23 — and many showrunners.

What is a TARDIS?

Acronym for Time and Relative Dimension in Space, the TARDIS is the Doctor’s time machine in which he explores the universe along with companions, mostly humans, he picks up along the way. It has the appearance of a blue Police Box, once a popular sight in the UK, and is ‘bigger on the inside’. The interior of the TARDIS usually changes in appearance with each Doctor, especially since every regeneration ends up wrecking the spaceship. Only the Thirteenth Doctor, the only female Doctor, had the presence of mind to regenerate outside the box (atta girl!).

How does the regeneration work?

What is special about Russell T Davies and the Tenth Doctor?

Davies was the showrunner tasked with the job of relaunching Doctor Who after it went off air in 1989. In 2005, Davies started his run with Christopher Eccleston as the Ninth Doctor and Billie Piper as his companion Rose Tyler. Eccleston lasted just one season before he regenerated and we met David Tennant as the Tenth Doctor (fully) in the 2005 Christmas Special about an alien species that takes over the minds of Earth’s population.

What followed was three seasons and more than half a dozen specials of epic adventures that ranged from quirky to dark, laugh-out-loud to gut-wrenching. Davies won accolades after accolades during the time he was the showrunner of Doctor Who, which as a show broke all kinds of records in terms of viewership, and for many the Davies era remains the best time for the series.

Tennant’s portrayal remains the most iconic incarnation of the Doctor, compared in popularity only to Tom Baker’s Fourth Doctor. Over the years, the Tenth Doctor has been voted the best Doctor consistently, ‘the ultimate Doctor’, the greatest character in the 21st century and Tennant the greatest actor to play the Doctor. Writer Terry Pratchett also considered Tennant the best Doctor.

The other exciting news is the inclusion of Catherine Tate as Donna Noble, Tennant’s third companion as the Tenth Doctor. According to many fans, Donna is the best, if not the most popular, companion of the Tennant era because of the delightful chemistry and comic timing of the two.

How is David Tennant the Doctor again?

From what we have seen of the regeneration, Tennant is not wearing his Tenth Doctor ‘costume’ of brown suit and tennis shoes. Also, Jodie Whitaker’s costume changes when she regenerates into Tennant and that has never happened before. So, something is definitely not what it’s supposed to be. Davies later confirmed that Tennant will be playing the Fourteenth Doctor and will appear in three 60th anniversary special episodes in 2023. The next full-term Doctor, the Fifteenth, will be played by Ncuti Gatwa.

We wish the TARDIS would appear and take us a year in the future just so it would be Doctor Who Day 2023. But as we stand, the countdown to us seeing Tennant back in the TARDIS has begun.