In India, home grown digital platforms are reaping the benefits of the transition 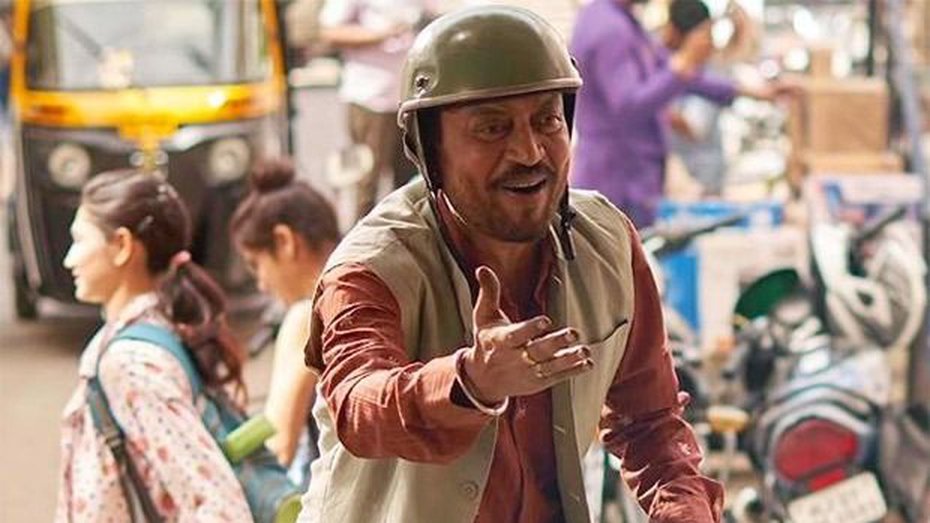 The transition from the magic of the big screen experience, complete with popcorn, candy and push back chairs, to the small screen has been rapid as audiences adapt to life under lockdown and filmmakers resize their offerings in keeping with the times.

With the coronavirus pandemic sweeping the globe, cinemas have downed their shutters and digital platforms are stepping up to meet the growing entertainment demands of millions of people across the world and in India spending their days confined to their homes.

The trend is clear. The fear of the pandemic, which has infected more than 8,000 people and claimed at least 273 lives in India, could stay for maybe months after it abates. And audiences are unlikely to get back to the theatre in a hurry.

Reading the writing on the screen, production houses and distributors have already moved their big screen releases to digital platforms.

Irrfan's much awaited Angrezi Medium released on March 13 but theatres were already closing everywhere by then and the film was in the theatres for just a day. The movie is now available on newly launched Disney+Hotstar.

Similarly Bamfaad , which marks the debut of Paresh Rawal's son Aditya is available on ZEE5.

In India, home grown digital platforms are reaping the benefits of the transition.

'Voot Select is seeing a definite surge in the uptake of subscribers. It is about 2.5 to 3 times higher than what we had estimated. But this growth cannot be attributed to increased consumption alone. The fact of the matter is Voot Select is a very new service - only three-week-old, said Ferzad Palia, head - Voot Select, Youth, Music & English Entertainment Viacom18.

Aparna Acharekar, programming head, ZEE5 India, said the platform is diversifying its content and even making it free.

Through our initiative of #BeCalmBeEntertained, we have made a host of content available free for viewers. We also launched our original State of Siege: 26/11 which garnered a fantastic response from the audience as well as critics.

Besides Bamfaad , which released on April 10, it also has a Short Film Festival coming up on April 15.

The world, added Nachiket Pantvaidya, group chief operating officer, Balaji Telefilms and CEO of ALTBalaji, is facing a humanitarian crisis with most countries under lockdown to ensure the safety of their citizens.

In the current scenario, we are encouraging our viewers to stay safe in self-isolation for which we shall continue to serve quality entertainment at the most optimized data usage, Nachiket told PTI.

Nachiket, who did not divulge data on the increase in subscriber count, added that they are urging subscribers to make the switch to SD (Standard Definition) from HD (High Definition).

While we have witnessed an increase in viewership and the time they spend consuming our content, our main objective is to ensure uninterrupted entertainment to their screens.

Will all this forever change the way people consume content?

That's the question uppermost in the minds of industry insiders as people settle into a lockdown routine and prepare for an extension. India has been under a lockdown after Prime Minister Narendra Modi's announcement on March 24.

'Cinema is a habit, if you break a habit for four-six months, you'll get a lot of people dissuaded to come to cinemas. Even if there is a reduction of 15-20 per cent of the footfall, which is anyway on a decline, cinema is going to be badly hit,' Bihar-based exhibitor Vishek Chauhan told PTI.

The shrinking gap between theatrical releases and their debut on streaming platform has left cinema hall owners and exhibitors worried about their future.

'With everyone quarantined, digital platforms are 'taking us by the throat and pushing down their content every week', Chauhan said.

According to him, the comfort of OTT platforms poses a threat to the theatrical viewing experience because it's an 'antithesis to appointment cinema'.

'Theatrical viewing is fixed at a particular time, a location, which isn't the case with OTT. You can watch unlimited content online using free data. This is a huge crisis we will face. It's not like the gates will open and people will throng our premises.'

'Imagine if I were Netflix or Amazon and made an offer to the makers of 'Sooryavanshi' to release it digitally, paying whatever amount they think they could've earned in theatrical, How long will Karan Johar, Rohit Shetty hold back?

'There has been a substantial investment in the film and it's costing the makers interest on a daily basis as we speak,' Chauhan said.

'Sooryavanshi' is the third film in Rohit's cop universe after Ajay Devgn's 'Singham' and Ranveer Singh-starrer 'Simmba'. The film was supposed to release on March 24 but has been postponed indefinitely due to the pandemic.

Raj Bansal, senior distributor and exhibitor, said China, where the pandemic began, recently opened theatres but not many turned up.

'That's such a clear indicator of where we stand today. No one is coming to cinema halls. At least that won't be on people's mind right now,' said Bansal, director of Entertainment Paradise, a three-screen multiplex in Jaipur.

Internationally, too, Disney, which recently launched its streaming service in India with Hotstar, has put some of its movies directly on Disney+. The titles include Frozen 2 and Onward which arrived for home viewing faster than they would have had the cinemas been open.

In an interview with Barron's, Disney's executive chairman Bob Iger said they were considering putting a few of their movies on the streaming platform.

There are some we've decided to put on Disney+. We already announced one, Artemis Fowl, that would have been released in theaters. Others we've simply delayed. In some cases we've moved things onto Disney+ faster than we would have. Frozen 2'was one of them, but Onward would be the biggest example. It was in theatres when this happened, Iger said when asked about films already in production.

Similarly, Universal put The Hunt on streaming while Focus Features' made Emma available for early streaming.

Dispelling the gloom, PVR Cinemas CEO Gautam Dutta said he is not worried about the future of theatres and considers the lockdown due to pandemic a challenging but short term problem.

In an interview to PTI recently, Dutta said, Out of home entertainment is not just about watching movies. It is about eating out, about socializing, holding hands and creating memories. Once the lockdown is over and the situation improves, people will return to cinemas, he said.