Comedian Varun Thakur on what he would do for love

‘I don’t think I have any material that will ruffle any feathers. Half my set is anyway jokes about myself!’ 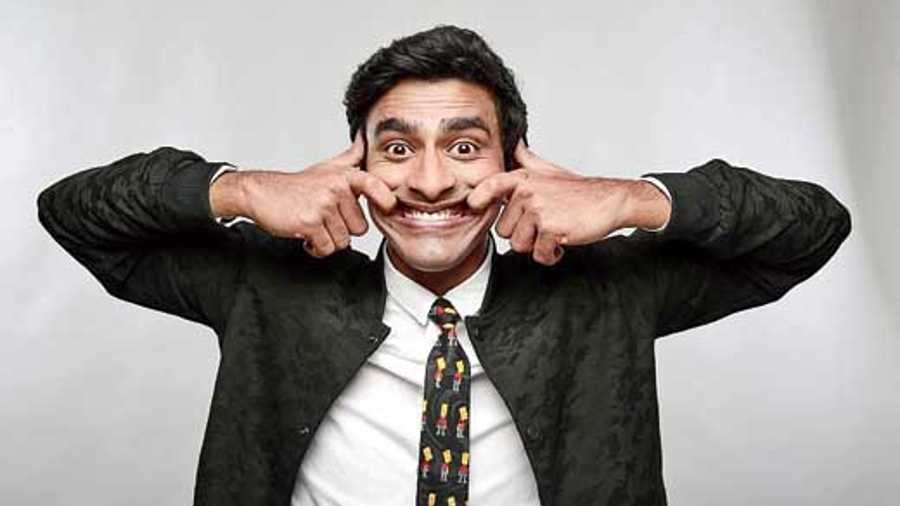 Popular actor-comedian Varun Thakur is the host of MTV’s Anything for Love, a show — as the name suggests — which tests millennial couples on how far they would go for the one they love. Over a video call, The Telegraph chatted with Varun on the show (that airs on MTV on Saturday and Sunday at 7pm), what he would do for love and his December wedding with longtime girlfriend Nikita Sahota.

Congratulations! The very cliched but inevitable question is that how does marriage feel?

Thank you so much! Honestly, it feels the same because it always felt like Nikita and I had been married for a long time... and now, the government knows about it! (Laughs) It’s the same, ya. What we are really happy about is that the wedding went off beautifully, the pictures looked nice and I don’t think we could have been happier. Every day, it hits us more and more that we are married. More so when I am taking a shower because this (gestures to his wedding ring) really hits my face! (Laughs) By the way, Nikita is around and she is monitoring my answer to this question!

What better time then to talk to you about a show called Anything for Love. What boxes did it tick for you?

The first major box that this ticked for me was that I have grown up watching MTV. That has been a staple on my watchlist for as long as I can remember. And now to be at a stage where I get to host a show on the channel I grew up watching. I was like, ‘Yes! MTV!’ Plus, these guys know what they are doing, especially when it comes to catering to millennial and Gen-Z couples. The concept of the show, in general, was very exciting for me... to test new-age couples on their intimacy, compatibility, how much they know about each other... and all of this within the very fun format of a game show. That’s what makes it very exciting.

It’s not one of those boring question-and-answer shows... there is a lot of stuff happening. On this show, I have met some couples who have really blown my mind. I am like, ‘Wow, you guys will definitely do anything for love!’ In fact, I started questioning whether I could go that far for love! (Laughs)

It’s also a show that’s so much fun to do. When we are shooting, none of us — whether it’s people behind the camera or the contestants and I — feel like we are doing work. It just feels like so much fun. We are always laughing on set, there’s always some crazy stuff happening.... I couldn’t have asked for a better show to start with.

What’s the craziest thing you have done for love?

I don’t think I have done anything really huge for love. I am the kind of guy who does the sweet surprises on and off, especially when it’s a birthday or an anniversary of when we first met, when we first kissed.... But I fail in comparison to Nikita because she does things for me for no reason or no occasion at all. I wait for special occasions, but she is the kind of person who will just do something nice on a Tuesday! (Laughs)

While hosting this show, I put myself in the shoes of these couples and wonder if I could do what they do, and in some instances, I feel I couldn’t! But in life, I try and do my bit.

You have already earned brownie points because most men don’t even remember special occasions...

(Laughs) I don’t do it because I have to do it. It happens organically. And whatever I don’t remember, Nikita anyway has them documented on the phone! (Laughs)

You just said that some instances on the show blew your mind. Can you talk about them?

There are at least two instances, but I don’t want to divulge them because I want the viewers to experience them on the show. I have watched other reality shows and on this show, there are some things that I have never seen before. I am sure when you watch them, you will think, ‘I think Varun was talking about this’. A lot of people say that couples in today’s times don’t care and that most relationships are flimsy. But it’s so lovely to see these couples come on national TV and go all out for each other. It’s both amazing and scary to watch. Some couples have a compatibility quotient that’s beyond belief... they know everything about each other.

Varun Thakur and Nikita Sahota at their December 2021 wedding.

Reality shows are often accused of being staged. Couples coming on national TV and professing their undying love for each other could just be for the camera, right?

It could be. But as someone who has had first-hand experience with these couples, talking to them even beyond the camera, I can say that none of them are faking it here. Even if one is faking it, it can only happen up to a certain extent, but the chemistry and the love for each other on this show was palpable. And if they are faking it, then I must say that they are really good actors!

What are the must-haves for a good host?

As a host, one needs to drive the energy of the show. The contestants are more focused on competing, so as a host, you need to be the main anchor and hold the show together and deliver in terms of what the director and the channel want. You also have to work towards making it interesting for the audience at home and make them feel a certain way when they watch the show. That’s a lot of responsibility.

The second thing is making the contestants feel comfortable. It must be really daunting to have five cameras in front of you and know that you will be on national TV. It’s scary for anybody. As a host, I needed to ensure that we all got along and things were happy on set because that’s eventually what the viewers will see.

How much does your vast experience as a stand-up comedian contribute towards your skills as a host?

Most of the guts that I get as a host come from my time on stage as a comedian (smiles). Day in and day out, we go and stand on stage in front of hundreds and thousands of people who we don’t even know. A lot of my friends and family come for my shows (laughs), but they are not the entire audience. So the ability to try and connect with people I have never met and will probably never meet again really helps me as a host.

I am also someone who doesn’t have too many inhibitions. I love being in front of the camera! I never look at it as a job and I look forward to going for shoots. You put the camera on, and I am on!

Given the heat that many stand-up comedians in the country are facing now, are you constantly wary about the jokes you write and what you say on stage?

Everybody does their own self-censorship. I also have my own little filters. For me, what’s primarily important is to make the audience laugh. I try to not think about anything else, otherwise my ability to write gets hampered. Honestly, I don’t think I have any material that will ruffle any feathers. Half my set is anyway jokes about myself! I don’t think anyone will have a problem with that... apart from my mother! (Laughs)

It must be irritating to be expected to be the funny guy in the room all the time!

Ya! (Laughs) Every comedian will tell you that most of the people they meet will say, ‘Arre you are a comedian? Say a joke, na!’ And I am like, ‘You are a cardiologist. Do an open-heart surgery, na!’