Advertisement
Home / Entertainment / Chris Hemsworth and Natalie Portman are in awe of Christian Bale's portrayal of Gorr in 'Thor: Love and Thunder'

Chris Hemsworth and Natalie Portman are in awe of Christian Bale's portrayal of Gorr in 'Thor: Love and Thunder'

The Oscar-winning actor features in the film as ‘Gorr the God Butcher’, a galactic killer who seeks the extinction of the gods 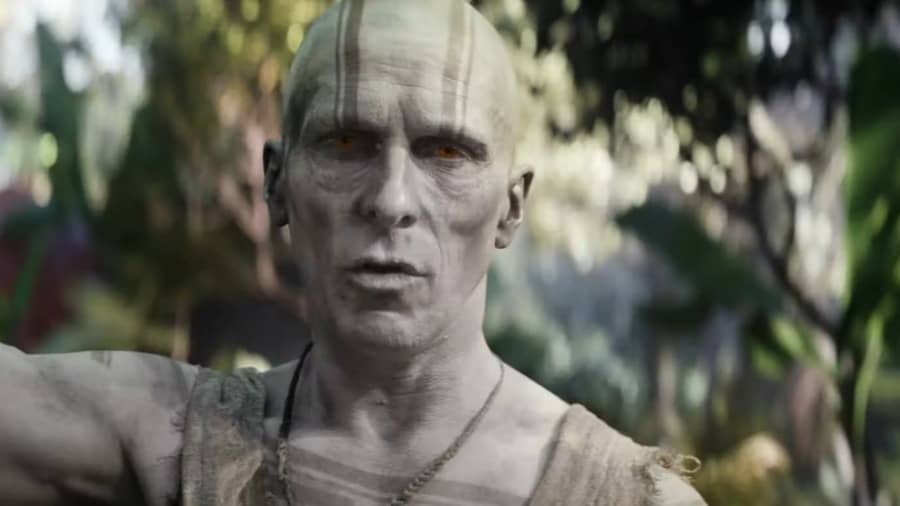 In the movie, Hemsworth returns as the titular superhero Thor, a role that he previously played in three solo and four Avengers films.

Bale, who earlier played Batman in Christopher Nolan's critically-acclaimed Dark Knight trilogy, features in the film as ‘Gorr the God Butcher’, a galactic killer who seeks the extinction of the gods.

Hemsworth said he liked how Bale brought different layers to the character with his performance.

“There's so much drama and insanity around Gorr, but Christian Bale managed to pull the focus right into each moment. You can't take your eyes off him. The character is fascinating, because like all good villains, Gorr has a point,” the Australian actor said.

"He may not be going about it the right way, but there's empathy in the script and Christian brought so many more layers and much more depth to Gorr,"added Hemsworth.

Portman, who is returning as Jane Foster from 2011's Thor and 2013's Thor: The Dark World , confessed that she was "scared" by Bale's presence as Gorr on the film's sets.

"All of us were actually a little scared in Gorr's presence," said the actor, who in the movie will be taking on the mantle of The Mighty Thor, the female incarnation of the superhero.

Actor Tessa Thompson, who reprises her MCU role of Valkyrie, found Bale “mesmerising” as Gorr. “He does that thing that Marvel villains do so well, which is that you see their villainy comes from pain, from some unprocessed trauma,” she added.

“We needed to step up from Hela and find a villain who was somehow even more formidable and we found that in Gorr, who is played by the remarkable Christian Bale," the director said.