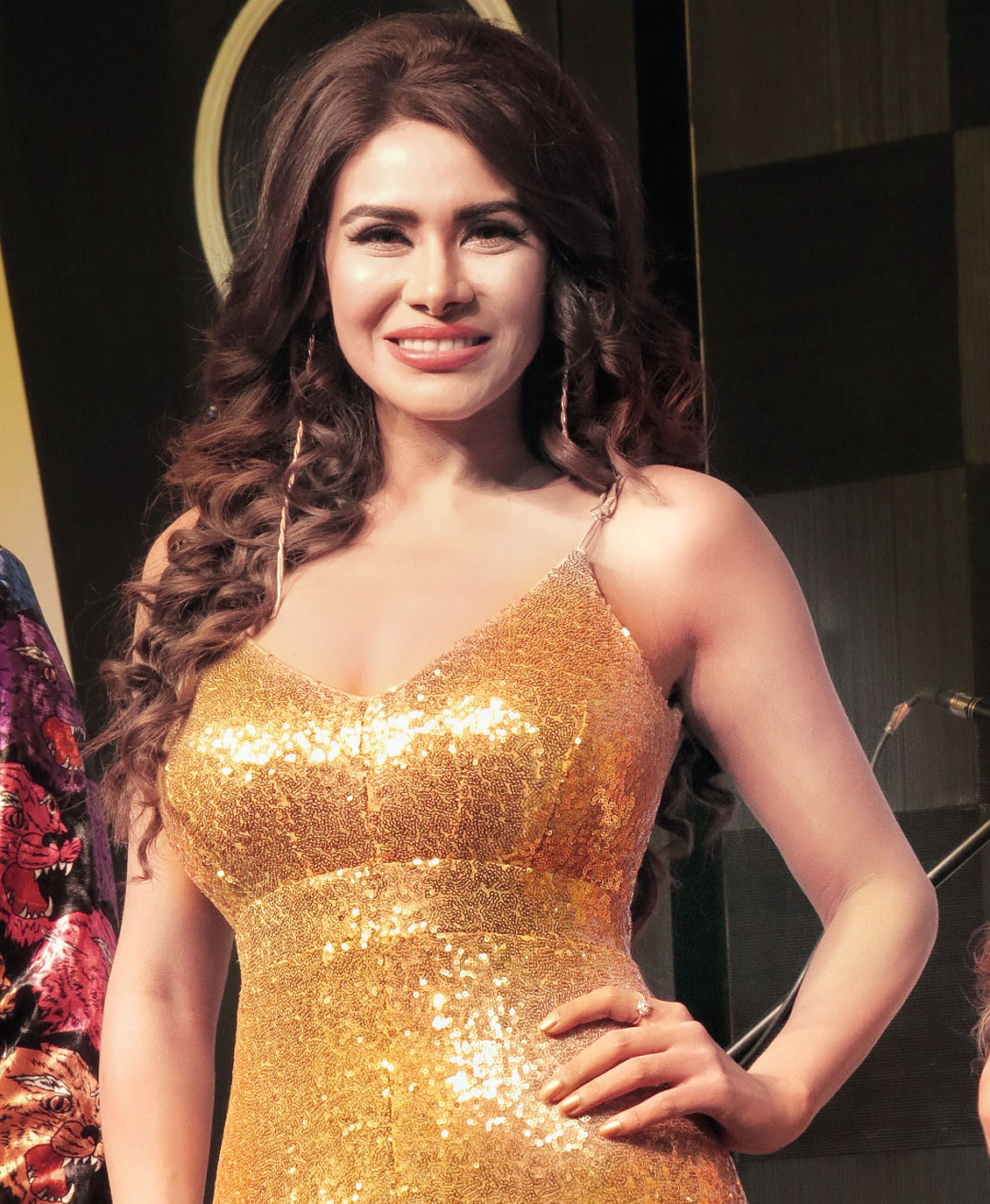 An actress with a voluptuous figure gets rejected for roles in sensuous films because of her grating voice. A well-educated daughter of a family finds it difficult to land a job till she realises her gift of mimicry qualifies her as a dubbing artiste and she starts titillating audiences as Natasha’s voice. “The germ of the idea is how one’s career choice makes society define the person’s character. Women are bound by social conventions and get judged. So they constantly worry about what people will think,” said Devyani Rale, Klay Picture, which earlier produced the successful show Jamai Raja for Zee TV. “Many actors who cannot make it big in films actually become dubbing artistes. It is a light-hearted slice-of-life show,” she added.

It is difficult to imagine that the search for the sexy starlet Natasha, who is bent on making a career out of titillating roles in sensuous films, could lead the makers of Zee TV’s new serial Hamari Bahu Silk (airs Monday to Friday at 10.30pm on Zee TV) to north Calcutta. Yet when t2 meets Reeva Chaudary at the show’s launch in Mumbai, one can see why. There is little of College Street apparent in her name, appearance and even speech. The chirpy girl who speaks Bengali with a Hindi overtone and has reinvented her name with a different spelling, is all set to embrace her debut role.

Where in Calcutta are you from?

Sri Gopal Mullick Lane in the College Street area. I used to swim in the green water of College Square as a child!

When did you land here?

Four years ago I shifted to Mumbai and was trying for films. It was my mother’s dream that I act in TV serials since she was hooked to TV all day. She passed away on

January 2. This is a painful year for me. In February, I decided since my mother was so keen on serials, let me try for TV serials. And suddenly I got this break. They were looking for a hot girl and I happened to be there. Can anyone be hotter than Bengali girls? In my childhood, my brother used to pull my leg as I pronounced Zee TV as ‘Jee’ TV. Now I am doing a plum role on the channel. This is my mother’s blessing.

How did you prepare to become Natasha?

My brother used to say that I should learn the techniques if I wanted to get into acting. So I attended acting workshops in Calcutta and again here in Mumbai. I used to speak Hindi with a Bengali accent. Like most Bengalis, even my delivery of speech was sing-song. My character in the show is Bengali —Natasha Mitra. So a little accent would not matter. But since it would be reaching a pan-Indian audience, I had to work hard on my Hindi. I stopped speaking in Bengali and am attending diction classes for two years now.

Was Hindi itself a problem?

No, I had taken second language Hindi in school (Arya Kanya Balika Vidyalaya) since I wanted to get into acting.

The show’s trailers are already on air. How are childhood friends reacting?

They are very happy but they got worried hearing my voice. I told them it is the demand of the story. Though Natasha has a body to die for, she can’t get a role because of her grating voice. So my voice is being mechanically twitched. I had to do a 10-15 day workshop.

Is the show inspired from Tumhari Sulu (the film on a housewife who turns RJ for a late night programme on relationship advice)?

Not at all. You have to see our show. It is very colourful.

How different is Natasha from Reeva?

Natasha is very ambitious and an attention-seeker. She has a fiery temper too. I want fame like her but the similarity ends there.

What are you missing from home?

Don’t you get phuchka here in Mumbai?

Why did you change your name?

I went to Sanjay Jumaani. When things don’t work out, one gets into astrology, numerology....

Your physical appearance is very important for this role. Are you on a diet?

I am used to steamed rice twice a day all my life. I can’t change that! But I do a lot of yoga. There is no scope to do much else as we spend 13 hours on the sets.