Cake is a bittersweet watch

The Pakistani film is about dsyfunctional family dynamics 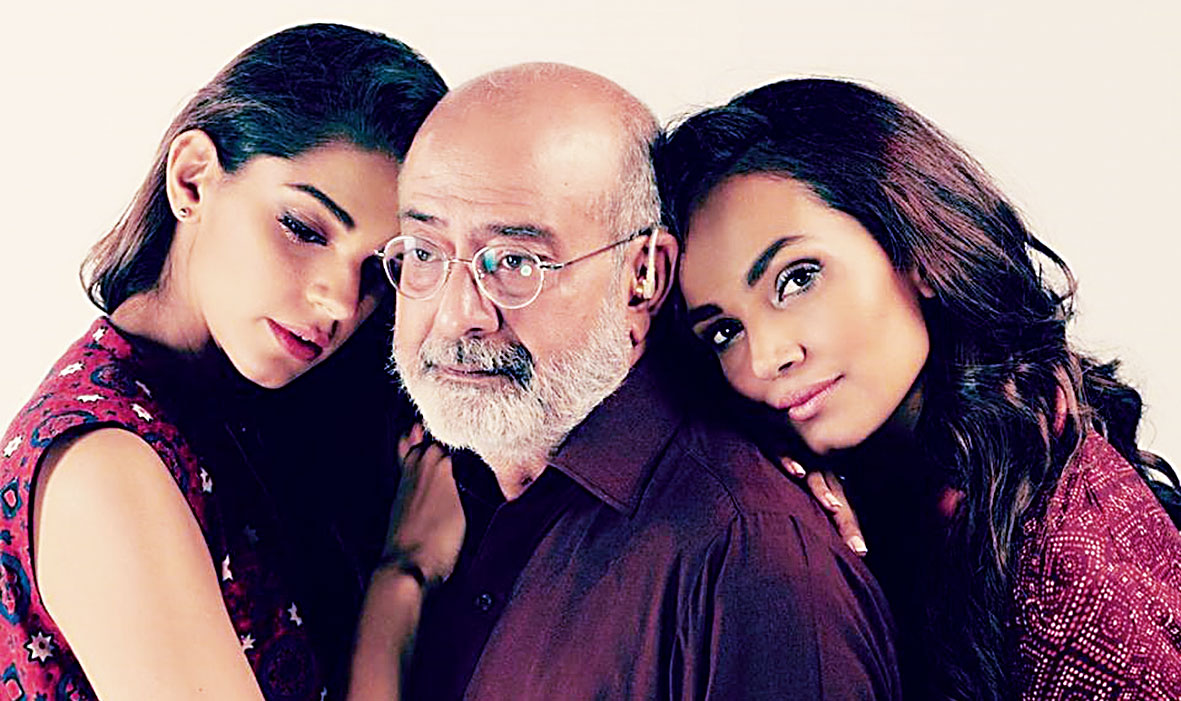 Intimately shot and with a distinctly indie touch to its narrative, Cake is a joy to watch because it allows its female characters to take centre stage with the men playing their emotional anchors
(Still from the movie)
Priyanka Roy   |     |   Published 29.05.19, 02:24 PM

Somewhere in the second hour of Cake, a family on the brink for days boils over and has a meltdown. The result is a dizzying 10-minute single-take in which the family bickers and blames, shouts and squabbles as the players move from one room to another, the camera following them like a predator. It’s a pre-climactic moment in the film but it characterises the dynamics of modern relationships and is a defining moment in Cake, just like the “plumber scene” — a family of four holding back their angst and then letting it rip over a seemingly small argument that assumes giant proportions — in Kapoor & Sons was.

With its themes of love and loss, children flying the nest, aged parents being resentful and helpless in turns and fractured relationships, Cake, a 2018 Pakistani film that’s currently streaming on Netflix, is an intimate look at what goes into building bonds in a family, and more importantly, the work that goes into retaining them. In tone, Cake may seem closer to Kapoor & Sons, but in theme and treatment it is a lot like Piku, the 2015 Shoojit Sircar film that focused on the fractious but ultimately loving dynamic between a father and daughter.

Written and directed by debutant Asim Abbasi, Cake takes a peek into the lives of a well-heeled Karachi family. Zareen (Aamina Sheikh) has long given up her dreams of enrolling at Le Cordon Bleu and becoming a pastry chef, looking after her ailing parents even as her siblings Zain (Faris Khalid) and Zara (Sanam Saeed) have flown the coop in search of greener pastures abroad. Zareen is predictably resentful towards her siblings and it doesn’t help that both her parents are quite a handful — the father (played by Syed Mohammad Ahmad) is a stubborn patriarch while the mother (Beo Raana Zafar) potters around the house sporting blonde wigs, often breaking into an impromptu jig to the R.D. Burman hit Piya tu ab toh aaja. Zareen, lonely and weighed down by responsibilities, finds moments of love and solace by exchanging romantic poems with Romeo (Adnan Malik), the family’s caretaker of sorts.

A medical emergency proves to be the catalyst for a family reunion and compels Zara to return home, with the film often dropping tantalising hints that she was packed off to London under mysterious circumstances. This is a family with a lot of secrets — Zara’s marriage has hit rock bottom but she has to put up a pretence in front of her family while Zareen harbours some dark secrets of her own — and Cake intriguingly peels off the layers one by one as this ticking time bomb of a family, coping with stressful circumstances, unravels and finally explodes.

Intimately shot and with a distinctly indie touch to its narrative, Cake is a joy to watch because it allows its female characters to take centre stage with the men playing their emotional anchors. The relationship between Zareen and Zara is fraught with tension — it hits tipping point when an unsent letter smugly makes its way into the plot — but the sisters also share an indelible bond that makes them reach out to each other. A particularly telling scene is when Zareen pops over to the supermarket and returns with cartons of eggs for Zara to pelt at their nosy neighbours’ doors. It’s a simple moment but the unspoken chemistry between the siblings makes it special. The film is effective with its underlying message — no matter how toxic your family atmosphere gets, at the end of the day, it’s only family that stands by you.

Cake, that clocks a little over two hours, moves at a brisk pace — thanks to Bolly editor Aarti Bajaj’s deft work with the scissors. The camerawork by Mo Azmi deserves a special mention, the tony interiors of the family’s palatial home being shot as effectively as the rustic countryside.

The performances — ranging from searing to heartfelt — make Cake the film it is. Aamina Sheikh and Sanam Saeed are consummate actors (Aamina played Aiman in the Pakistani TV series Maat while Sanam is the more popular face, having played Kashaf in Zindagi Gulzar Hai, opposite Fawad Khan). Both bring their A-game to Cake, making our hearts reach out to them and their relatable circumstances. A special word for Adnan Malik who plays the layered Romeo with restraint.

Even in the middle of all the chaos, humour is the bedrock of Cake and most of it comes courtesy a crackling Beo Raana Zafar. Sample this scene where she’s lounging in her armchair at home, a ghastly wig perched on her head and her daughter walks in after a long overseas flight. The two exchange pleasantries and mother asks daughter, “Speaking of haraami, apne baap se mili?’, referring to her husband recovering in hospital!

But why the name Cake? Well, it could refer to Zareen baking a cake that becomes an important plot point that drives the narrative. Or it could refer to the underlying sweetness of seemingly bitter relationships. Whatever it is, it’s an intriguing title. Just like the film.