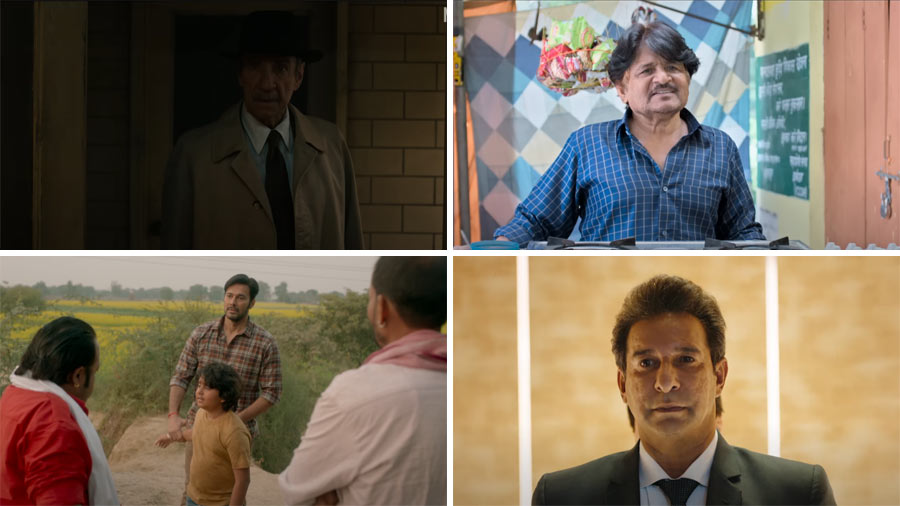 Guillermo Del Toro’s Cabinet of Curiosities will arrive on the streaming platform on October 25.

In the two-minute-33-second-long trailer, we see a poor tea shop owner getting an offer from a rich businessman to sell his family lantern for a handsome amount of money. However, he is not sure whether he should accept the offer and bring an end to his poverty or keep the ancestral lantern. The film also features Akriti Bharti, Saleem Zaidi, Rocky, Namrita Malla, Himshikha and Sachin Sharma.

Jaggu ki Lalten will release in cinemas on October 14.

The makers of Bal Naren, a film based on real events during the COVID-19 pandemic, have released its trailer.

The two-minute-30-second trailer shows a 14-year-old boy taking on the challenge of changing his environment amid COVID-19 panic and how he succeeds in doing so by treading the path of Prime Minister Narendra Modi.

Written and directed by Pawan K.K. Nagpal, Bal Naren will release in cinemas on October 14.

The teaser of Fawad Khan’s upcoming Pakistani thriller film Money Back Guarantee or MBG was unveiled by the makers. The film is directed by Faisal Qureshi and is touted as Pakistan’s biggest film till date.

The short teaser gives nothing away about the plot but gives us a glimpse of the important characters. The film also features Hina Dilpazir, Ali Safina, Shayan Khan, Mikaal Zulfiqar and Gohar Rasheed. Former Pakistan Cricket team skipper Wasim Akram also stars in the film.

Money Back Guarantee will arrive in theatres on April 21, 2023.