Bumblebee is cleverly plotted and springy

The film has oodles of robot-pummelling action, car chases and explosions 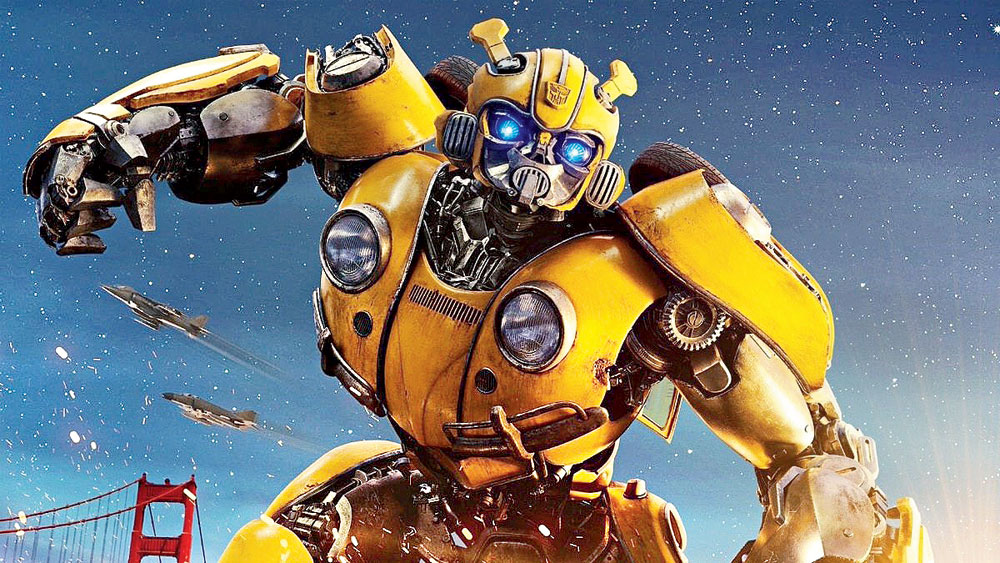 Can a Transformers movie be good? It turns out the answer is yes — if the right talent is given enough leeway.

The latest, Bumblebee, is the sixth in the franchise. As directed by Travis Knight, an animator who made his directorial debut with the striking 2016 animated film Kubo and the Two Strings, Bumblebee is cleverly plotted, neatly allusive and has dialogue you can envision real people and, um, real Transformers speaking. The screenplay is by Christina Hodson, whose most recent other writing credit is on the bonkers, rather forgettable thriller Unforgettable. Which just goes to prove you shouldn’t base all of your expectations on previous credits.

Bumblebee is an origin story, and it begins on Cybertron, the realm of the Transformers, where we witness a decisive battle between the car-morphing Autobots and their sworn enemies, the Decepticons. If I were to lay out the whole Transformers mythos here, I’d exhaust my word count, so: The Autobot B-127 gets shot off to the Northern California of 1987; the fireball in which he descends makes a bit of a latter-day Captain Ahab out of an Army dude played by John Cena; and a Decepticon pursuing B-127 rips out the good guy’s robot voice box and pounds him until he loses his memory, and his sense of purpose.

Which is adopted by a feisty teenager, Charlie (Hailee Steinfeld), who christens the car Bumblebee. The two form an affinity not unlike the one we saw between Elliott and the alien in E.T.: The Extraterrestrial. (That film’s director, Steven Spielberg, is an executive producer of this film and the whole franchise.)

With nods to The Thing From Another World and even Dr. Strangelove, along with a Smiths-heavy, I Love the ’80s soundtrack, this movie is playing on a different field than previous Transformers pictures, which have generally bludgeoned viewers with chaos-cinema cutting and CGI sound and fury.

But there’s a lot to like here, particularly Steinfeld’s performance. Charlie, a one-time high school diving champion who’s been emotionally sidelined by her father’s death, is the most appealing, maybe the only appealing, main human character this franchise has yet offered.

Of course the film also has oodles of robot-pummelling action, car chases and explosions and such. But the all-animated prologue on Cybertron sets the tone: it’s springy yet coherent, not, like previous films in the series, a digital-image blender set on high.

I attended a paid preview screening of Bumblebee, which meant I watched it with other paying filmgoers in my Brooklyn neighbourhood, and the crowd seemed to have a great time. On the way out, and I swear I am not making this up, one of my fellow civilians proclaimed, “That was definitely better than Michael Bay,” invoking, of course, the very energetic director of the five very frenetic Transformers movies that preceded this one.