The actors on the method, moments and madness of Once Upon a Time In Hollywood 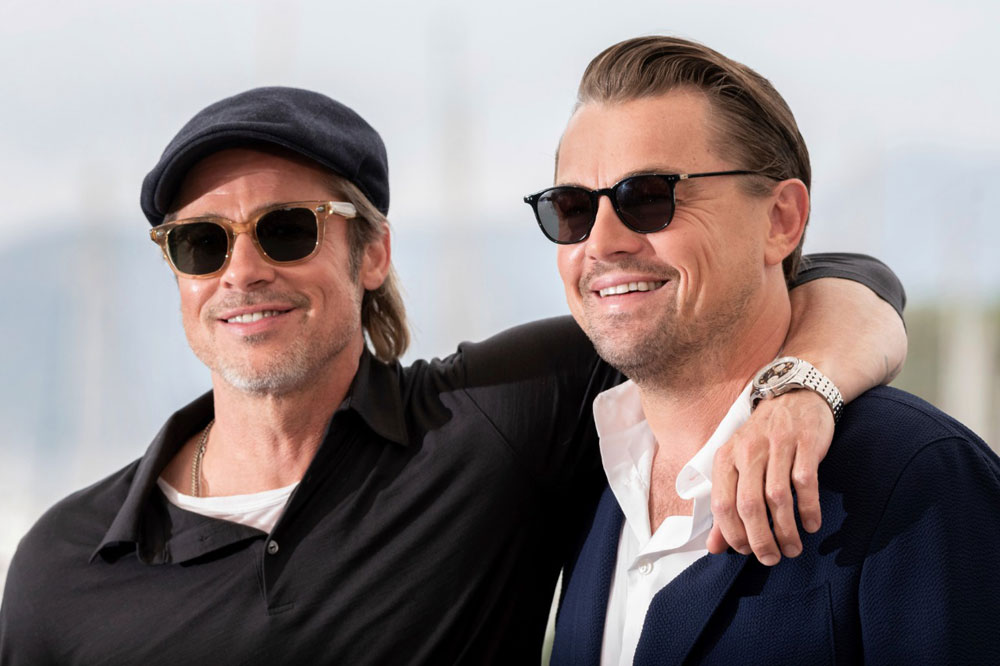 On Tuesday, Quentin Tarantino returned with a bang and much critical love to the Cannes Film Festival with Once Upon a Time ... in Hollywood,” his finest in years. A dream of a movie, it follows a handful of Hollywood types living in smoggy, starry Los Angeles in 1969, the year the Manson family went on a frenzied murder spree. Among the victims was the actress Sharon Tate, then married to Roman Polanski. In Tarantino’s Hollywoodland, Tate and Polanski live next door to Rick Dalton (Leonardo DiCaprio), a struggling, self-doubting TV actor. His best friend is Cliff Booth (Brad Pitt), a stuntman whose glory days are probably behind him. Rick could be another Clint Eastwood; Cliff should have been another Steve McQueen.

On Wednesday afternoon, I sat down for a brief chat with Pitt and DiCaprio in a suite at the Carlton Hotel, one of the grand hotels overlooking the Mediterranean. The two were in the midst of a massive publicity operation that day, giving interview after interview. Presenting a movie at Cannes can be big business and the army of Sony Pictures employees handling this offensive had the air of people worried about fumbling the most delicate of rarities.

Their famous charges, by contrast, seemed wholly relaxed. Each man was affable, direct and seemed happy to talk, but, then, they have been in the business a long time. They know how to do this. Here are excerpts from the conversation.

Did Tarantino show you movies to prepare for your roles?

Brad Pitt: [to Leonardo DiCaprio] More you than me.

Leonardo DiCaprio: We had a screening of a multitude of B-films that I had never heard of, a lot of 1960s television with actors like Ralph Meeker and Ty Hardin. These guys could have been McQueen-esque, but didn’t make the transition from black and white television, especially Westerns, to career-makers like The Great Escape. So it was almost like a love story to them. Did they get that one opportunity? No, that may have passed them by. So let’s start talking about your character, what he might have been, what he’s struggling with as a working-class guy in the industry who has been playing the heavy from television show to television show. What that does to his psyche and his confidence?

Pitt: I [remember] a lot of that television. In fact [Tarantino] reminded me of much of it that I had forgotten. We did watch Billy Jack, some Tom Laughlin, just for fun. We were pretty much weaned on the same television and film. We talked a lot about the stuntman-actor relationship. I got to meet Bud Ekins, who was Steve McQueen’s. This was a legendary relationship. He did the jump for The Great Escape, got Steve McQueen into motorcycles. And, then, Burt Reynolds and Hal Needham. We got to talk to Burt. Originally he was going to play George Spahn. We had rehearsals before he passed. I was surprised what a joy that was and how giving he was, and I was really moved by it. But then I realised that so much of my childhood was watching Burt Reynolds — he was the biggest thing around in the late 1970s.

Did you two hang out so you could develop your flow together?

DiCaprio: You come to Hollywood and you’re basically isolated and left to your own devices. [Rick and Cliff] rely on this friendship for everything. We immediately fell into those shoes. We understood that relationship [laughs] so quickly that on the first day, we were those guys.

Pitt: It was pretty automatic. We both came on the scene around the same time, we have crossed paths many times, we have the same reference points. I’ve always felt that you don’t understand the deal you’re making when suddenly you’re that lone gazelle on the plain and the herd’s gone, so to speak. And, you know, my friend here [he gestures toward DiCaprio] has been the same. So there’s automatic comfort in having experienced the same thing in that way. That’s not a complaint in any way, I say that merely as fact. We have mutual respect and I know when an actor elevates a scene, so we carry that respect.

Obviously Tarantino’s movies are very written and his voice is very strong. Does it take awhile to shake his voice out and fill in yours?

DiCaprio: And hear your own, is that what you’re saying? [Laughs] I suppose so. He is such an absolute powerhouse of a personality, of course, and an artiste as well. But, look, he gives you real ownership. [There are] beats that you need to hit. But there are plenty of opportunities where once you get into the groove, there can be a completely improvisational scene. And you’re almost making reference points from his dialogue and his voice and the multitude of talks that you’ve had with him about who this character is and what kind of movie he wants to make. They sort of bloom sometimes, and that’s happened quite a few times.

Pitt: You know when you have an altercation in public or you put your foot in your mouth, and you’re driving home and you think of that witty thing that you wished you would have said? His dialogue is that witty thing.

Rick Dalton is kind of like the Clint Eastwood who doesn’t happen.

DiCaprio: He is the guy who almost got that shot — and that’s what’s torturing my character. I grew up in this industry, I have a lot of friends who are actors, and there’s so much talent out there. But it really boils down to being at the right place at the right time.

Pitt: We talk about this with streaming. With streaming, we see so much talent that was always there. There are so many more opportunities. We’re seeing this wealth of actors, writers and directors. And it just reminds us how lucky we were to land where we landed.

I worry that so much seems disposable.

Pitt: It may be. I’ve been really interested in younger generations that cannot just sit in a chair for the length of a movie. They want their information quicker. That may just be the changing of the times. I don’t know.

DiCaprio: I see positives in the fact that things and ideas and story lines that normally studios might not take a chance on, through these new streaming services, will see the light of day. So cream may rise to the top. What were people saying about the transition from silent films to talkies and the advent of television? There were all these changes, but great art is going to be spoken about and, hopefully, we don’t get so inundated that we become confused.

I found Once Upon a Time surprisingly moving.

Pitt: Absolutely, you can see it in the script, you can feel it.

DiCaprio: The only thing I’ll say is that I know what the Manson murders sort of represented, being a native of Los Angeles and having parents who are still hippies to this day.

DiCaprio: They talked about this loss of innocence, this real turning point where they had these ideals about what the future could be. And then all of a sudden this one longhaired guy - and how he manipulated these kids to do what they did - it changed the world forever.

Pitt: I walk away [from the film] with a hopeful reminder of what it can be, what we can be.

What was the hopeful part?

Pitt: Taking care of each other, that’s what I feel at the end. It really endears me to Quentin. I could be projecting, but I see a kid who was home by himself a lot and found his...

Pitt: Solace... and direction in these heroes on the screen, big and small. I find that in his dialogue. I find that in the scenarios. I find this one really endearing. He’s exposing his own self-doubts. [DiCaprio starts mm-hmming] I just see this real innocent kid who wishes life could be this way. Maybe it’s because I know Quentin I find it hopeful and endearing. I was really, really moved at the end.

I find it’s interesting that he’s gone back to the past again.

Pitt: He’s going back to his childhood.

DiCaprio: Yeah, I agree. What Brad said is very pertinent because cinema and television and all this stuff, it’s in [Tarantino’s] DNA. He puts things in historical context but he also creates a fairy tale. This whole idea of him recreating history — like what he did in Inglourious Basterds with Hitler —much like Scorsese, too, where in their childhood, cinema became part of their DNA and their language and their ability to converse with others -

DiCaprio: Yeah, it’s embedded in who they are as human beings. You rarely find people like that. Like Brad was saying, this is his homage and his reminiscence of 1969 where everything changed culturally and cinematically. It’s incredibly imaginative.