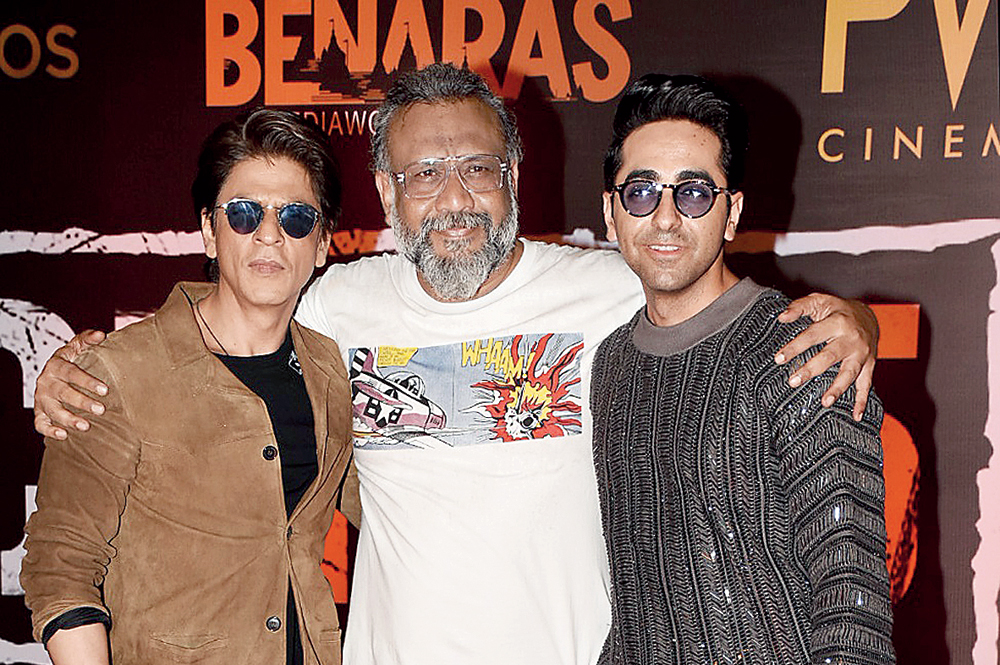 Many of this year's films shone for their taut script that rightly proved the adage 'content is king'. While even a few years ago, art cinema and mainstream cinema used to function as two separate entities, screenwriters are slowly merging these two worlds together. The Woods lists a few talented young writers who made a difference with their script in 2019.

Gaurav Solanki
(Sourced by The Telegraph)

The Sky Is Pink
(Sourced by The Telegraph)

Nilesh Maniyar
The Sky Is Pink

This Priyanka Chopra Jonas-starrer is inspired by the real-life story of young Indian author Aisha Chaudhary, who was born with an immune deficiency disorder and died at the age of 18 in 2015. Nilesh co-wrote the film with director Shonali Bose and created a gem. It's heartbreaking yet warm, with beautifully written layered characters that teach you how to embrace the death of a loved one. Showing death on screen can easily fall under the umbrella of too much melodrama but the script maintains that subtlety without making it preachy.

Kanika created a protagonist (Bobby, played Kangana Ranaut), a woman with a flair for the theatrics, whom you can love or hate but you surely can't ignore. The story highlights several important contemporary issues like mental health and gas-lighting - lending a breath of fresh air to commercial mainstream Hindi cinema. When Bobby is lost among the voices in her head and her vivid hallucinations, you can't but feel bad for the woman whose narrative is discredited by everyone owing to her mental health.

Jagdeep made his debut as director in 2018 with the Punjabi film Qismat. It turned out to be one of the highest-grossing movies of the year. His Bollywood debut as dialogue writer in Saand Ki Aankh was immediately noticed. Based on the lives of sharpshooters Chandro and Prakashi Tomar, the world's oldest, Saand Ki Aankh stands out for its celebration of the women and their achievements. Simple yet effective dialogues like, Tann buddha hove hai, mann buddha nahi hota and Sahi umar batane mein ke hai, par asal mein aurat us umar ka sahi hisaab na lage sake hai joh usne apne liye jee ho, makes the script praiseworthy.

Chhichhore
(Sourced by The Telegraph)

Set in the backdrop of an engineering college's boys hostel in 1992, this feel-good movie touches upon parental pressure, drawbacks of the modern education system and student suicides. It also stresses upon never giving up and continue trying, even if you don't win in the end. Co-written by Nikhil and Piyush, along with director Nitesh Tiwari, Chhichhore is a funny, heart-warming yet powerful story that strives to vindicate the lead characters of their 'losers' tag.

Bala
(Sourced by The Telegraph)

Despite comparisons with films such as Ujda Chaman and Gone Kesh with similar plot details, it was Bala that passed with flying colours at the box office. Writer Niren said in an interview that it was actually director Amar Kaushik's idea, since he himself started losing hair in his early 20s. Bala's writing is contemporary and intelligent and brings out the real essence of a small town like Kanpur. Its strongest point, in fact, is its writing that makes it rise above the competition.