Actress thanks KJo for launch, says she’s treated on par with star kids, reflects on ‘partner’ 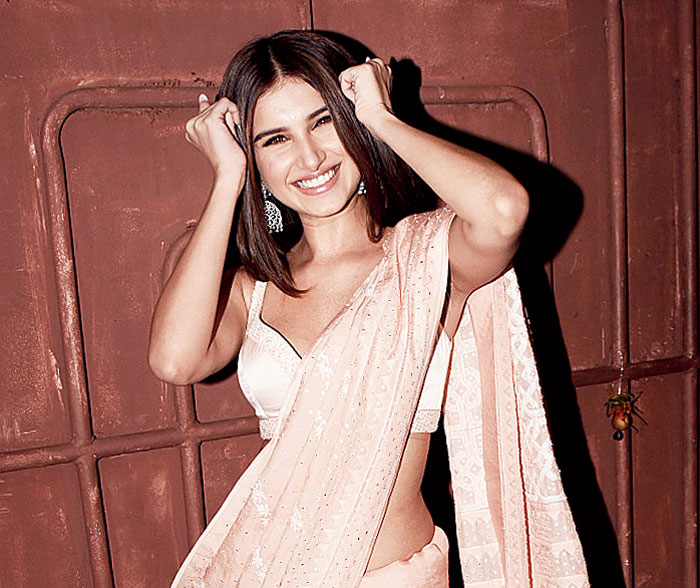 Tara Sutaria has been having a busy year. A debut at Dharma Productions, a second release and one in the works is just her professional trajectory. Personally, it’s “special” as well with a rumoured partner in Aadar Jain.

“Yes, life has definitely changed a lot. I am getting so much attention. I didn’t know that things would happen so quickly. I am enjoying this phase and it has exceeded my expectations too,” Student of the Year 2 debutante Tara, who had a TV career in the early 2010s, said. “I have completed my second film and have signed my third. I couldn’t have asked for more. Thanks to Karan Johar for having given me the opportunity. I could not have asked for a better launch. He has a lot of goodwill and he has created an empire. It helps all of us newcomers to be recognised with our debut film.”

Tara’s second release Marjaavaan released on Friday. Next she is looking forward to the remake of the Telugu film RX 100, co-starring Suniel Shetty’s son Ahaan Shetty.

She said: “It’s a different film and I am excited about it. It’s being directed by Milan Luthria. Ahaan is wonderful and shy and he is my age and it’s nice to work with someone my age. We have some mutual friends in the industry.”

The actress added that she has received a very warm welcome in the industry. “The people of the industry have accepted me with open arms. I come from a non-filmi background and I have been treated on par with other star kids. The last one year has been new and magical.”

“I don’t know what qualities stars possess as I am still not a star. Maybe someday I will know. As an actress one needs to possess certain qualities and a star needs to possess different qualities. You can’t mix the two together. An actor needs to work hard, be dedicated and have a consistent approach to his or her work,” the two-film actress added.

She is not afraid of comparisons with her contemporaries as well. “Comparisons will always be made in any industry. I have a twin sister at home, so I look at women very differently. I don’t think we should make comparisons in this era. We all have our own space and power — in fact we should empower each other. I don’t know why we are so obsessed with competition so much.”

“She has curly hair and is shorter than me. She is elder by a minute… and looks like a Brazilian. She is a ballet teacher and particularly teaches children. She travels a lot. She is happy for me and is in London.

“She didn’t even know my film is releasing. We are like best friends. We used to do everything together earlier but now we are busy with our own careers. We talk to each other every single day. If I am sad she realises and calls me immediately. I do the same too. We have a strong

telepathic connection. But she is more tough. She scolds me often.”

Prod her on her personal life, to be precise her rumoured relationship with Aadar Jain — another Kapoor cousin, who made his debut with Qaidi Band in 2017 —with whom she’s frequently spotted, Tara said she does spend a lot of time with him.

“We go to restaurants together and we visit a few places. He is special to me. We got to know each other since last Diwali (2018). We will be seen together as long as we are friends.”