Advertisement
Home / Entertainment / Bollywood / Surprise picks: What the stars who chose to walk a different path have lined up this year

Surprise picks: What the stars who chose to walk a different path have lined up this year 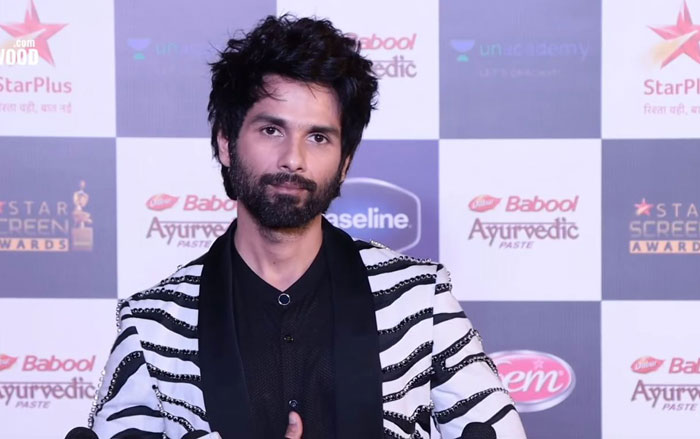 Ayushmann Khurrana picking up taboo subjects and turning them into hits has grown into something we expect of him. The actor had three releases last year with topics a regular Bolly hero won’t try out easily and one more diverse than the other — Article 15, Dream Girl and Bala. Next month, he has Shubh Mangal Zyada Saavdhan — on homosexuality — up for release. But to be a game-changer in the industry, every star had their own recipe last year and are ready to dish out more in the months ahead.

Seen as a chocolate-boy hero for most of his career, Shahid took on one of the most controversial films of last year — Kabir Singh, the remake of the Telugu film Arjun Reddy. The film was criticised for its portrayal of misogyny and toxic masculinity but was still watched in halls in huge numbers, changing Shahid’s box-office game. He was offered about half-a-dozen films post Kabir Singh, including ones from Nikkhil Advani and Karan Johar, but Shahid has again opted for a Telugu remake — Jersey, starring Mrunal Thakur and his father, Pankaj Kapur, which is set to release on August 28.

A star by her own might, Taapsee is good enough to pull off a film and stand her ground. She showed her mettle in Badla with megastar Amitabh Bachchan, following it up with Saand Ki Aankh, once again proving how bankable a star she is at the box office. This year the 32-year-old has Thappad (by Anubhav Sinha) and Haseen Dilruba coming up.

Taapsee’s sister (in-law)-in-arms is probably one of the finest actresses among Bollywood’s current crop. The actress — with just eight films under her belt — had one of her most successful years at the cinemas with all three of her 2019 releases. Not only did she transform herself into a 60-year-plus sharpshooter, she adopted a wheatish look in Bala, and played a modern wife in contrast to the original BR Chopra’s Pati Patni Aur Woh character in the new remake. This year she has two horror films in her kitty — Bhoot - Part One: The Haunted Ship with Vicky Kaushal and Durgavati, that’s squarely on her shoulders.

The boy from Gwalior is today one of the most sought-after actors in Mumbai. A successful year to his credit (Luka Chuppi and Pati Patni Aur Woh), the actor has Love Aaj Kal releasing on Valentine’s Day besides Dharma Productions’ Dostana 2, the sequel to Akshay Kumar’s 2007 Bhool Bhulaiyaa and big brands for endorsement in hand. Kartik, apparently getting Rs 15 crore a film, has found himself in the top bracket of young stars who are challenging the seniors.

Hrithik Roshan as Kabir in War
Still from the movie

No releases for two years and then back with a bang with two — that’s Duggu, a.k.a. Hrithik Roshan, the man much-loved for his Greek-god looks. Super 30 won the star accolade for his grounded portrayal of Anand Kumar and War was lapped up for the action and bromance with prodigy Tiger Shroff. Following now-failed talks for a Satte Pe Satta remake, Hrithik is back on home ground — preparing for the new chapter in the Krrish franchise.

The Bhai of Bollywood is always in the news and stayed one of the top newsmakers of last year. First, he had two big releases — Bharat and Dabangg 3 — and a hit TV show. Second, news came of a “Inshallah” reunion with filmmaker Sanjay Leela Bhansali primed for release on Id 2020. In August, the film, also starring Alia Bhatt, hit a roadblock and Akshay Kumar took up the Id date for Laxmmi Bomb. Now, not only does Salman have a Id 2020 release in Radhe: Your Most Wanted Bhai (no surprise), he has also announced his 2021 Id release — Kabhi Eid Kabhi Diwali.

Following a digital lease of life in 2018 with Sacred Games, Saif Ali Khan carried the momentum into 2019 with a second season of the Netflix show. He is on to a second web series, Tandav with Ali Abbas Zafar, as well now. This new year opened for him with a baddie’s role in Tanhaji: The Unsung Warrior (grossing over Rs 220 crore till now) and eyes are set on Friday when Jawaani Jaaneman releases. This looks to be a ride we are excited about. Ole Ole!

Gully Boy changed the grammar of story-telling, bringing out the tale of rap artistes and underground music from Dharavi into mainstream cinema. Zoya’s Amazon web series Made In Heaven also made the right noises and was appreciated for the treatment of gay relations in a manner that was in no way awkward on screen or for the audience. We can’t wait to see what’s next on her roll…