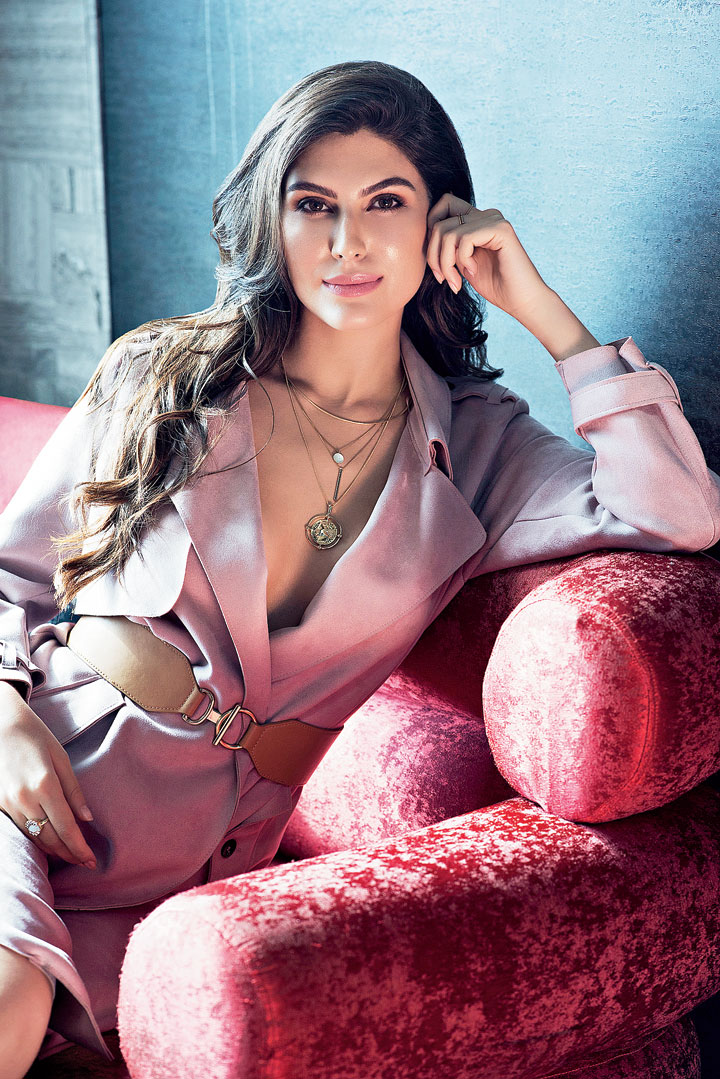 Iranian actress Elnaaz Norouzi, who starred in dual roles of Zoya Mirza and Jamila in two seasons of Sacred Games, thinks this is her big break in the industry. The Telegraph caught up with the actress. Excerpts from the interview:

How did you land the part of Zoya Mirza?

Elnaaz: I guess just like it’s supposed to be. I auditioned for the part at the time when they were almost done auditioning because they had already started shooting for the series. I got two different scenes and they liked me in both, so I got the part.

You’ve played both Jamila and Zoya in the series. How difficult was it to juggle between two characters?

Actually, it is difficult to juggle around vulnerable, manipulating and strong but I tried going back to my own emotions and thinking about how I used to feel when I was all new in the country and I needed help from people. Obviously, Jamila and Zoya’s lives are very different from mine. But since I too learned a lot over the years and became stronger and more confident in who I am, I understood the switch to Zoya a little better.

Do you get identified by Zoya Mirza now?

Well, people used to call me Zoya after season one. After season two, most people call me Jamila now! It’s funny and cool at the same time but yes, I feel like now everybody knows me no matter where I walk in. That’s an amazing feeling, especially when they come up to me and tell me how they loved my portrayal of the characters.

Were you intimidated shooting with big names like Nawazuddin Siddiqui and Saif Ali Khan?

Not at all! I was nervous but not intimidated. Both of them make everyone around them so comfortable that you feel like you are working with your friends and not such huge stars.

Sacred Games season one was a huge hit. Did you feel the pressure while shooting for the second season?

As an actor, you don’t feel the pressure. I guess, as a filmmaker, the pressure is bigger. We just make sure that we do a good job.

You moved to Mumbai in 2012. Would you say Sacred Games is your big break in the industry?

I travelled to Mumbai in 2012 but I moved here in 2014. It definitely is. In the film industry, this is my big break for sure and I wouldn’t have it any other way.

You are from Iran and apparently you’re fluent in seven languages — Farsi, German, English, French, Hindi, Urdu, and Punjabi. That must help you incredibly as an actor...

Oh, it does! Having a knack for languages has really helped me, especially in Bollywood. As it is, it is very hard to break into the industry; on top of it, if you can’t speak the language, well I guess, you won’t stand a chance.

You have worked on another web series, Abhay (starring Kunal Kemmu) on Zee5. What can you tell us about that role?

I played Natasha in Abhay. Natasha was very layered, even though she only had love for Abhay. She had become obsessive, so fighting that battle and playing someone who does bad things out of obsessiveness was pretty cool for me!

Are Hindi films the next step?

Yes, I am starting my Hindi film in October and I am super thrilled.