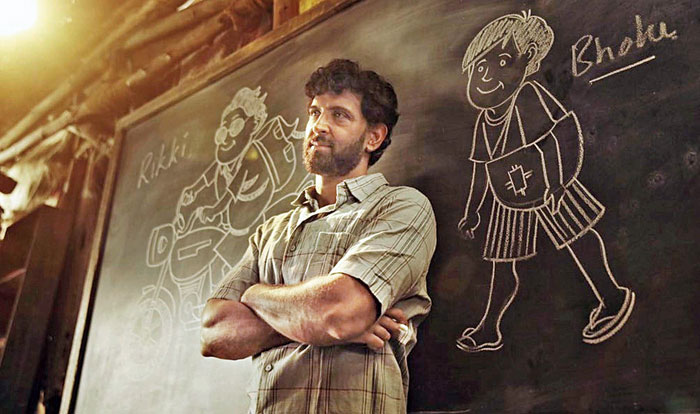 Hindi cinema has had a time-honoured charm for foreign locales. We were introduced to Europe by Bollywood’s showman Raj Kapoor, with his 1964 blockbuster Sangam, who took us to London, Paris, Rome, Venice, the Vatican and Switzerland.

In 1981, Yash Chopra shot Dekha ek khwab in the Netherlands and Faasle (1985) in Switzerland followed by Chandni (1989). But it was his son’s Dilwale Dulhania Le Jayenge in 1995 that made Europe a staple destination for Bollywood romances.

Wowed were we, but romance has found a new hotspot. Rural India!

An increasing number of Bollywood filmmakers are setting their films in India’s rural belt and boy, are they winning audience’s hearts worldwide.

Pick any movie from the last few months and chances are that the film was set in the heartland. Whether it’s the dacoit drama Sonchiriya or the issue-based Article 15, the fun Luka Chuppi or the horror-comedy Stree.

Super 30, Saand Ki Aankh and the upcoming Panga are also set in the grassroots.

Life experiences and reality of small towns are working well as the heartlands provide the roots and the narrative that strongly connects people to realism.

Screenwriter Kamlesh Pandey of Tezaab fame offers an explanation: “In the past 10-12 years, talent from small towns has been consistent, successful in infiltrating Hindi cinema, and has changed the narrative, bringing their own stories, new stories to Hindi cinema. The audience too has changed… they have been waiting for new stories, real stories in theatres because the old mainstream Hindi cinema has been consigned to the endless movie channels on satellite. Now they are finding their own stories being told on the big screen.”

He added: “In the past, mainstream Hindi cinema was more focussed on national identity rather than on regional aspirations. Like Hindi language, khadi boli, which is not a natural language, was created for communication. It was manufactured by including cultural elements common to the rest of India so that the film could appeal to the lowest common denominator anywhere in the country. So, it was quite often predictable and formulaic even when it addressed real issues.”

When Anurag Kashyap and Nidhi Parmar decided to produce Saand Ki Aankh on two elderly sharpshooters from a Uttar Pradesh village, not a single senior actress wanted to play the roles. One of the leads, Taapsee Pannu, in an earlier interview had said: “When the rest said no, we (she and Bhumi Pednekar) decided to take it up.”

Nidhi said: “It’s a glorious time to be a part of Indian cinema. Cinema always reflected the society we live in. The digital age where information is available at the click of a button has changed the Bollywood landscape as well. Heartland cinema is trending and it’s super encouraging. We have so many amazing and inspiring stories in our country which need to be told. The audience has grown so much in our country and it’s only fair that filmmakers keep up.”

Actresses Kangana Ranaut and Richa Chadha recently shot for the first schedule of Panga in Bhopal. The kabaddi film is directed by Nil Battey Sannata and Bareilly Ki Barfi director Ashwiny Iyer Tiwari, who has also written the film with husband Nitesh Tiwari.

The most recent Rs 200-crore club entrant Super 30 too is a story of a man from the heartland — a mathematician who did get a chance to go abroad but had to stay back and then tried to spread knowledge among his own.

Mukesh Chhabra, who has done the casting for most of the heartland cinema, including Super 30, said: “The audience is increasingly getting connected with real emotions and heartland cinema aims at that. We do watch and like dramatic and over-dramatic cinema, but that is just an experience that we enjoy, they don’t really connect with us.”

Most of these films have leading stars, something that wasn’t the case in the past. Producer Ajay Rai says the films connecting in a broader way is because big stars are working on them.

“It is a big change, but the reality is if we take out the big stars from these films, the numbers that we see would not have been possible. If Super 30 had Pankaj Tripathi in the lead, the film would’ve got appreciated, but no collections. Same with our film Saand Ki Aankh. Had we just taken some senior actors it would not have worked for us. It is the best time for stars who enjoy doing real cinema which is drawing big numbers,” he said.