So, what does Rohit fear? Nothing, except exam results apparently 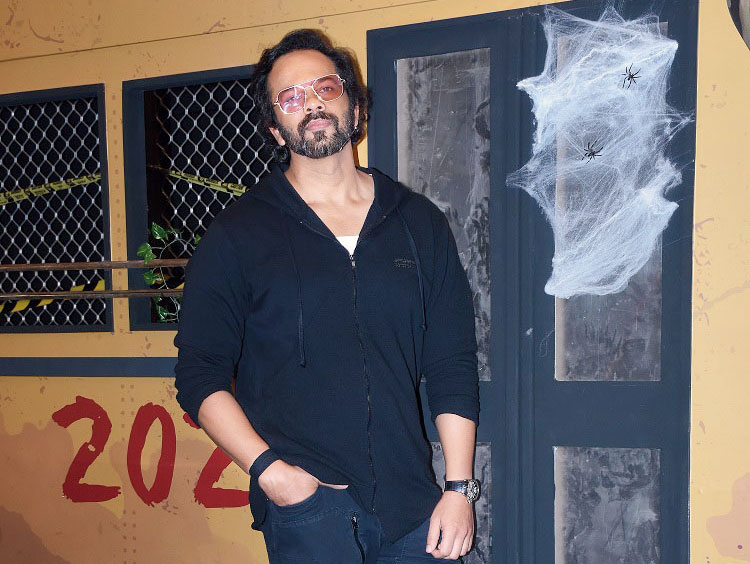 Rohit Shetty is set for a March release with Sooryavanshi starring Akshay Kumar and Katrina Kaif but before that he’s excited about the new season of Fear Factor: Khatron Ke Khiladi.

For the 10th season starting on Saturday, the Khatron… team shot in Bulgaria. The filmmaker-host said there were a lot of safety measures in place during the shoot.

“There is a medical team ready all the time and an ambulance in case of emergencies. Most of these artistes want to do their best in very less time. I brief them and tell them not to do it in a hurry as it can harm them. There are times I stop them from performing lest they fracture or dislocate their bones,” Rohit said adding that the participants need a calm demeanour while performing high-octane stunts.

“Breaking bones” since the age of six, Rohit — the son of iconic baddie and action choreographer Shetty — said he never dreamt of doing anything but action in films and real life.

“It’s been a family business. I used to tell my parents that ultimately I will be doing stunts as they were both stunt artistes. Now my son is planning to follow in my footsteps. He is 13 and says he would love to be an action director in the future,” the 46-year-old filmmaker said.

So, what does Rohit fear? Nothing, except exam results apparently.

“I don’t fear anything in life. My only fear in school used to be the marks I would get in exams. When actors like Akshay Kumar and Ajay Devgn are doing stunts I don’t get worried as they have always been doing stunts. However, in Fear Factor… we have actors who have never attempted such stunts before. There’s fear and more than that it’s responsibility,” he said.