Piku is a landmark in my career. People still appreciate how the music was woven into the film. 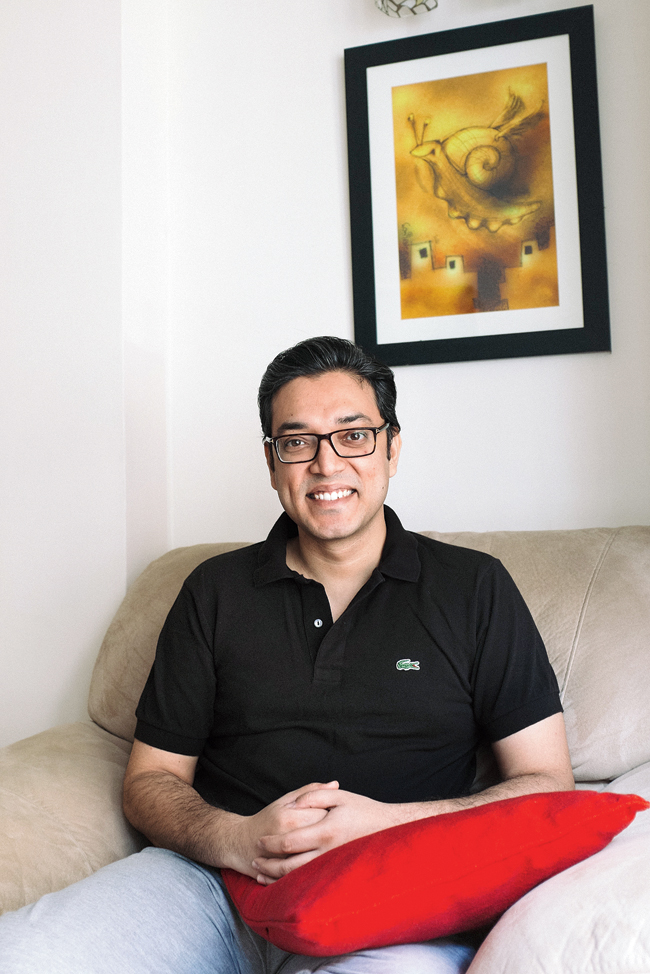 Why do you think the music of Piku still endures in people’s minds?

Piku is a landmark in my career. People keep referring to Piku when they speak to me. People still appreciate how the music was woven into the film.

What was Shoojit Sircar’s brief to you for the music? I believe you had initially gone to him with only one number…

He asked me to compose one song. I had no idea about the movie, the star cast or anything else. I came up with Bezubaan and he liked it and he asked me to do one more song. I then composed Journey Song and he liked that too. Then he told me that he would need more numbers and why don’t I do the full album. That was a big thing for me because these days, you know, how tough it is to get a full album. There are multiple composers working on one album. What was special was that he wanted me to do the background score as well.

By the time I was asked to compose Journey Song, I had some idea about the story… that Deepika and Amitabh Bachchan were travelling from Delhi to Calcutta in a car and Irrfan was driving. Shoojitda told me that the journey should be highlighted… the pace and the breezy nature of the song should capture the mood of the journey. The song fitted in well with the film.

Besides composing the music, you sang all the songs and scored the background music. Did you, at any point, feel that you were taking on too much?

At some point, definitely. And that was mostly for the lyrics part. We didn’t have a fixed lyricist for this film and I am not a good songwriter in Hindi. Whoever we were working with, we were not very happy with the lyrical content… and my Hindi vocabulary was drying out (laughs). I had a fixed dictionary and I was slowly running out of words. I went through a lot of stress then.

For the songs, we tried out different voices but Shoojitda insisted that we keep mine as the male voice in all the songs. He wanted it to be the character of the film and he thought my voice suited the film. We, of course, had Sunidhi Chauhan singing the title track and Shreya Ghoshal joining me in Journey Song.

The use of the sarod in some of the songs and at key points in the film was a refreshing change in Bollywood music. What’s the story behind that?

I am still a student of music… I go to Pratyush Bandopadhyay in Hazra who is a classical musician and a sarod expert. I go to him for my vocal lessons and we keep discussing music. When I composed the tune, I felt I could hear Pratyushda playing it on his sarod. So I took the tune to his place and asked him if he could play it on his sarod and if I could accompany him on the guitar. We went to the studio and recorded the tune and Shoojitda instantly liked it.

Then, while he was editing the film, Shoojitda had placed the sarod piece at different points of the narrative wherever he felt it fitted in. We also used the sarod part in Bezubaan so that there is a link throughout the film. The idea was to knit the pieces of the story together and the sarod piece helped that endeavour in a big way.

Did people react to any one number a little more than the rest?

Yes they did. Bezubaan and Journey Song stick out the most in people’s minds. Teri meri baatein helps to establish the growing chemistry between Irrfan and Deepika’s characters when they were entering Calcutta. The tabla starts playing when they cross Howrah Bridge and that creates another mood in the movie. That wasn’t the most popular song but it helped the story to move forward. Lamhe guzar gaye comes towards the end and also captures the transient mood of the film beautifully.

Is there a personal favourite?

After five years, I find there’s scope for improvement. And every song, I feel, has a glitch and could have been better (laughs). It’s tough to pick a favourite song… I won’t actually (laughs).

Piku is one of my favourite films because... Tell t2@abp.in