The Telegraph chatted with the debutante recently in Mumbai about the show, her journey from IT to filmmaking 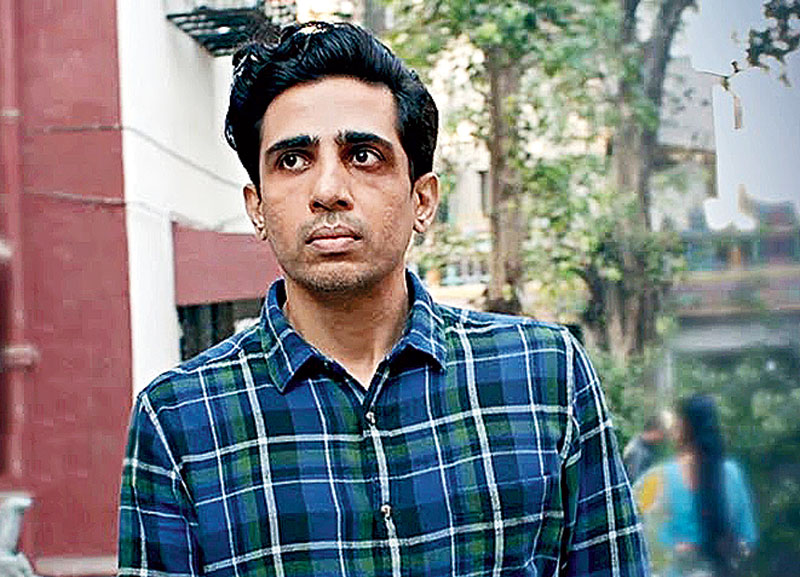 Amazon Prime Video’s latest web series Afsos, starring Gulshan Devaiah, Anjali Patil and Heeba Shah, is a black comedy about a suicidal man and a deadly assassin. First-time director Anubhuti Kashyap, who in the past has worked as an assistant director on elder brother Anurag Kashyap’s Dev. D and Gangs of Wasseypur, directs the show. The Telegraph chatted with the debutante recently in Mumbai about the show, her journey from IT to filmmaking and her famous brothers Anurag and Abhinav.

What was it about Afsos that caught your eye?

The uniqueness. It’s a black comedy, and not just that, it has an absurd nature to it. That was very attractive for me. I am a fan of black comedy anyway — I love the Coen brothers’ films and films by Martin McDonagh — and the story idea here had humour, a surreal aspect to it and was bizarre in its nature. It was something new that’s not been done and it would be challenging in all forms to take it up.

The only thing you had directed before this was a short film about a single mother called Moi Marjaani, which is a far cry from Afsos. Which of the two is a reflection of the kind of stuff you want to direct?

I think I want to make everything possible. I don’t want to be limited to one particular genre. The stories that come naturally to me, I think, are sweet, light-hearted comedies or drama. The fact that Afsos was none of that was what attracted me to it, because I want to be able to do completely new things all the time. I don’t want to get into a comfort zone even before I have started out. Next, I’d like to do a horror film or a thriller, or something entirely different.

Some filmmakers prefer to stick to what they’re good at. That’s clearly not the space you’re coming from...

Yes and no. I see every step as a step of growth and learning. So, if I don’t challenge myself, I won’t be growing any more. That’s one thing. The other is that I’m in this profession after a very long corporate career. I’m here in it purely for the excitement and that’s how I exist and how I am as a person. So in every film I do, if I’m not able to push myself to explore a completely new universe and genre, it might not stay exciting enough for me.

You worked in an IT company. How did you land up in filmmaking?

I had got a big promotion in my last job at Tata Interactive Systems, and suddenly there was this massive jump in salary and responsibility. But I always had one foot out of the door thinking I wanted to do something different. I just never felt I had a creative bone in me. It started out with the insecurity of having security in the form of a job and that I was getting too used to it. So I decided to take a sabbatical from work for about three months or so to explore what else is happening in the world.

When I gave up my job, my brother Anurag asked me to come and spend some time with his research team that was working on Bombay Velvet. Somehow, he always thought I’m a great writer and I don’t know why. I had written a play and acted in it while I was in college. So, I joined this bunch of very interesting writers, including Vasan Bala (who directed last year’s Mard Ko Dard Nahin Hota). We had a lot of fun over the course of a month while researching and I thought it was a nice space to be in. Raj Kumar Gupta asked me to assist him on Aamir. Ten days later, we were shooting. That opened my eyes to this world where one can actually tell stories. I decided to extend my break to another three months and here we are today.

When you started shooting Afsos, did you get any advice from your brothers Anurag and Abhinav?

We talk a lot about films. I don’t think there’s any advice. My brothers let me be the way I am. I’m the youngest and they’re protective of me but not in a way where they feel the need to show me the way. When I signed this show, they didn’t even know about it. I don’t think till the screening last week, they even knew what the show is about. We’re so completely non-interfering in each others’ careers and lives because there’s that immense faith that we’re all okay in our own spaces and we’ll do okay. But if I ever needed advice, I’d go to them first and they’d give me all the advice I needed.

I’ve assisted Anurag on Dev. D and Gangs of Wasseypur, so he knows how I am. I think he has immense faith in me, in that I’m very capable of making the right decisions. It’s to an extent where at times he thinks I would make better decisions than him.

I’ve never worked with Abhinav (who directed Dabangg) so much but we still interact a lot and give each other feedback on our scripts. We know what our opinions, tastes and voices are like. I do get tips once in a while from Abhinav on how to be more box-office inclined because he’s the more commercial entity in the family. But it’s almost always because I’m seeking them.

Your brothers bring in very different and distinct styles and there will be comparisons. Is that something you’re mentally prepared for?

I have seen Abhinav face those comparisons, which is why this was a deliberate attempt to make it very different. I know there will be comparisons but they don’t bother me. But because of it, my approach has turned out a little bit different, somewhere between the two of them. Strangely enough, that’s how I am as a person as well and that’s how the three of us are as siblings. I’m always the monkey in the middle.

They’re amazing brothers. We come from UP, that state where men are really men and there’s so much misogyny. They’ve never been like that with me though and have given me all the freedom and allowed me to do all sorts of strange things. It’s strange but we’ve never fought. If there was ever a fight growing up, it was between the two of them and I was the one calming it down. I never had to do much. The minute I would see them starting to fight, one tear would drip down and they’d stop. They’ve always been super protective, very nice and very loving towards me.