It only got more vicious with time, says Shruti Das 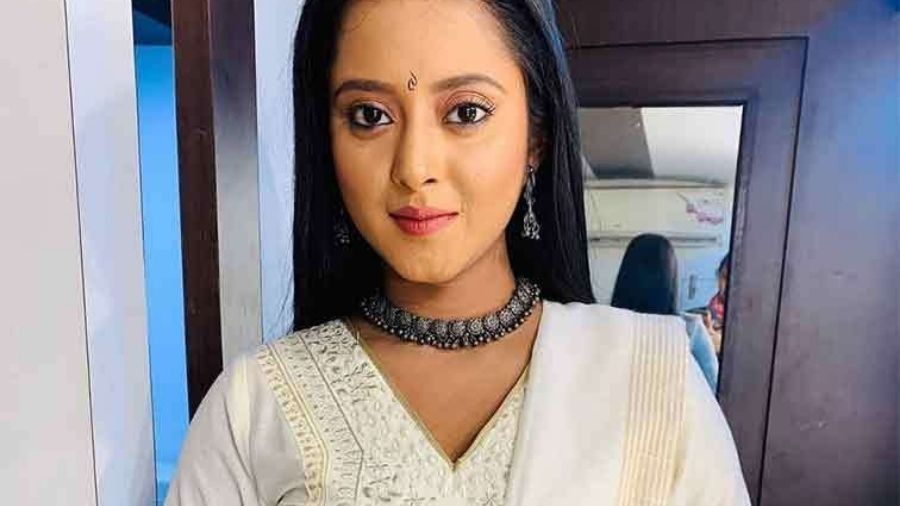 Actors have always been the prime target of online trolls for reasons ranging from weight, outfit, personal life to even complexion. While some respond on social media, others choose to ignore them.

Bengali TV actor Shruti Das, often targeted for her dusky skin tone, however, could not take it lying down anymore and filed a cyber complaint with the Calcutta Police on Thursday.

Das, who debuted in 2019 in Bengali soap 'Trinayani', said she had been shamed for her skin tone for the last two years but it reached a point where she could not take it anymore as the attacks were becoming more and more personal.

"Initially, everyone around asked me to ignore the trolls, and so did I. But it only got more vicious with time.

"I am in a steady relationship with the director of my first TV serial 'Trinayani', and the hate brigade, after getting to know that, has been making distasteful remarks, questioning my character and my talent.

"I thought if I take it lying down any further, it would only give them more reasons to continue with this hatred," the 25-year-old woman, who now plays the lead in 'Desher Maati', told PTI.

The actor, who tagged the Calcutta Police on Facebook to draw attention to the nasty comments targeted at her, was told to email the details to its cyber cell.

A senior police officer said the matter was being looked into.

"The cyber cell of the Calcutta Police has received an email from actor Shruti Das regarding the online abuse that she had been facing because of her dusky skin tone.

"The actor, in her complaint, has said she had been receiving such hatred since 2019. She has also attached screenshots of the social media comments," the officer said.

Das noted that many in the industry, too, had made her skin tone a topic of discussion, with some from the production units having said that she wouldn't have got her second gig, if she wasn't given the right kind of makeup and presentation in the first soap.

She further pointed out that she wasn't the first actor to have faced the brunt for her skin colour.

"Some of my seniors, who are now household names, have gone through similar predicaments for their complexion," Das maintained.

Film and TV actor Parno Mitra, when approached, said that it was a matter of shame that people get targeted for their skin tone in a country like India, where most of the people are brown.

"With the advertising world, media and film industries having glorified light skin colour for so long, it is but natural that this prejudice against skin colour still exists.

Often, we are told to put on makeup in a way that would make our skin tone a few shades lighter. I usually avoid too much makeup," Mitra said.

Das's beau and director Swarnendu Samaddar said he had tried to shut the trolls on social media from time to time, but that barely helped.

"Looks alone cannot ensure success in the industry. Talent matters more than anything else. Not just Shruti, there are several others who have made a name for themselves by sheer dint of talent. Trolls keep making offensive remarks with no regard for an individual's sentiments. Strong action should be initiated against them," he said.

Echoing him, Leena Gangopadhyay, scriptwriter and chairperson of the West Bengal Commission for Women, said trolls and memes are welcome as long as they don't get personal or spew hatred.

"Such vicious attacks should be stopped before things get out of control. Exemplary punishment should be meted out to people who make such offensive remarks. We will speak to cyber cell officers in this matter," Gangopadhyay told PTI.

"Almost 98 per cent of online crimes go unreported. I am glad Shruti Das spoke about it and filed a complaint. Action could be taken against her trolls if they have made obscene comments, the law provides for that," he added.