‘Batman and Superman: Battle of the Super Sons’ and ‘Ek Villain Returns’; new trailers and teasers 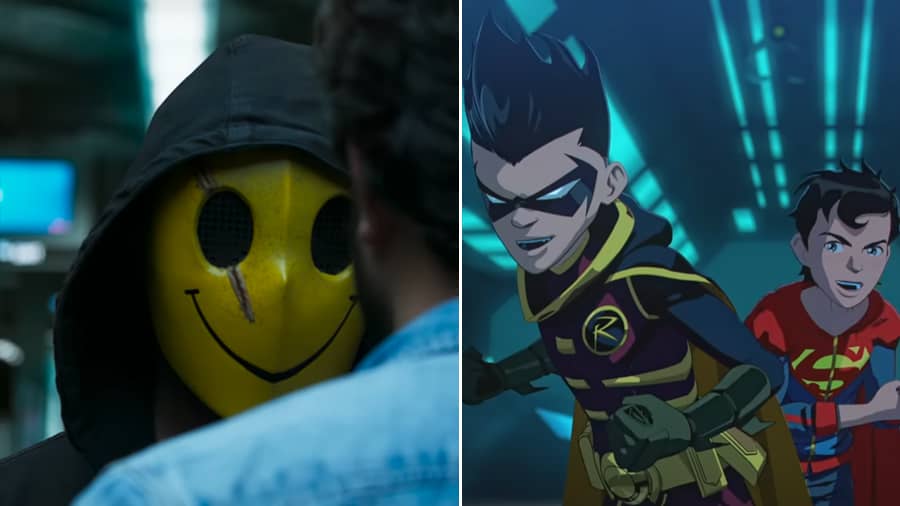 Director Mohit Suri is back with Ek Villain Returns, which is the second instalment of his 2014 thriller Ek Villain. The suspense thriller stars Arjun Kapoor, Tara Sutaria, John Abraham, and Disha Patani in pivotal roles and is slated to release on July 29.

The two-minute-forty-two-second gritty trailer opens with the narrator talking about a serial killer (John) who targets girls who have one-sided lovers. There are two parallel love stories - Disha-John and Tara-Arjun - and hints at a connection between the two. Thereafter, Arjun finds out that John is on a killing spree when the duo gets into a fight and later we see Arjun persuading Tara. Till the very end, it is difficult to make out who’s the villain among the four lead actors.

The highlight of the trailer is the exchange of words between Disha and Tara, and it hints at something interesting to the plot that the girls can play the antagonists. It ends on that very cliff-hanger, which will be unveiled when the film hits the screens.

Alia Bhatt, Katrina Kaif, and Varun Dhawan are among the actors who cheered the Ek Villain Returns squad on social media.

Batman and Superman: Battle of the Super Sons

On Friday, Warner Bros. released the first Batman and Superman: Battle of the Super Sons trailer. It looks like the super kids will have to deal with Starro, and that is never an easy thing to do. In this animated film, both DC superheroes are in their teens but their crime-fighting aspirations are the same. Jack Dylan Glazer (Shazam!, Luca, It) and Jack Griffo (The Thundermans) lead the voice cast as Jonathan Kent and Damian Wayne, respectively. The production house is yet to announce the release date.

Netflix released the trailer of their South African series Justice Served. The series follows a band of freedom fighters invading the trial of a white police officer who is accused of shooting a black man and a hostage situation unfolds. An enigmatic freedom fighter, and his followers, who have a secret agenda, hijack a courthouse to let the public decide if the murder accused should be executed, setting the world on fire, and throwing the lives of everyday people into chaos. Created by Tshepo ‘Ty’ Skosana and Meraki Studios. The series will be available to stream from June 29.