From trailers to teasers, here’s a quick recap of the week that was for the Telugu, Tamil and Malayalam film industries 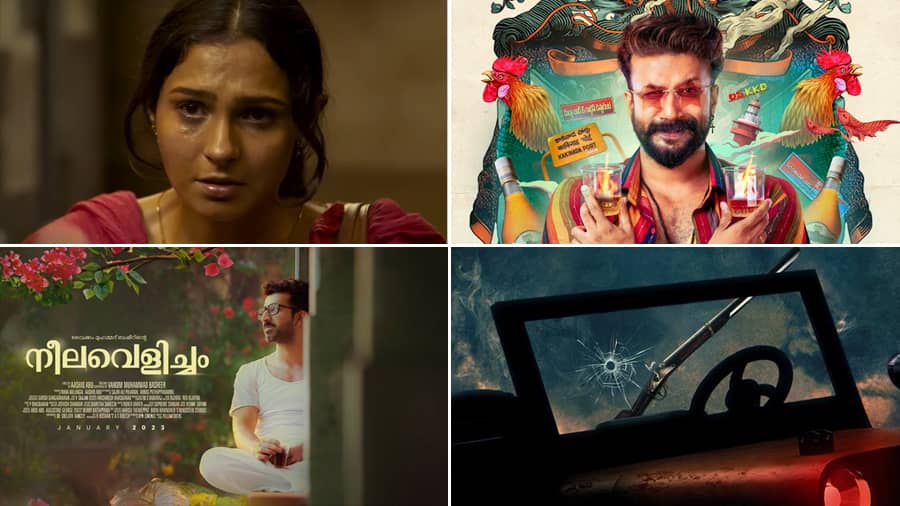 Hard on the heels of the trailer launch of Adivi Sesh’s Hit 2, Anjali Menon’s Wonder Women and Ranjith Sankar’s 4 Years, the trailers and teasers of several other movies from the Tamil, Telugu and Malayalam film industries came out last week. Here’s a look at some of them.

The almost two-minute-long trailer follows a rape survivor trying to seek justice. It also explores how society scrutinises the personal life of such survivors and how their relatives try to persuade them to drop the cases and move on in life. The music for the film has been composed by Santosh Narayanan.

Telugu star Satya Dev shared the poster of his upcoming black comedy film Full Bottle. Written and directed by Sharan Koppishetty, the movie will follow an alcoholic rickshaw driver (played by Satya Dev) who gets involved in a crime. The film also features Brahmaji, Subbaraju and Sai Kumar.

In the poster, Satya Dev is seen holding two glasses of liquor in his hands and spotting a funky look. The Ram Setu actor shared the poster with the caption “Here's your new, massiest, craziest ‘Mercury Soori’ from #Fullbottle”

The film is a remake of 1964’s romantic horror film Bhargavi Nilayam, helmed by A. Vincent. In the poster Roshan Mathew is shown sitting on a porch with a cup of tea in his hand. The Darlings actor shared the poster with the caption “Happy Keralapiravi from the team of #Neelavelicham.”

Kannada star Dhananjaya posted the poster of his upcoming film Uttarakaanda on Twitter to announce that the shooting has begun. Directed by Rohit Padaki, the gangster drama stars Dhananjay and Ramya in lead roles.

The film is produced by Karthik Gowda and Yogi G Raj under the KRG Studios banner. Uttarakaanda’s tagline reads, “THE MEGA TALE of the Gangsters from the land of the North.”

In the new poster, both Vishnu and Aishwarya are seen as a married couple. They look at each other intensely while engaged in a game of hand wrestling. The film will also be released in Telugu as Matti Kusthi. Kajal shared the posters with the caption “Can't wait to see @TheVishnuVishal and #AishwaryaLekshmi together in #GattaKusthi (Tamil) and #MattiKusthi (Telugu).”

Here are the second look posters of this grand family entertainer that's on the way to cinemas soon! @thanga18 pic.twitter.com/vWLptf9rPd