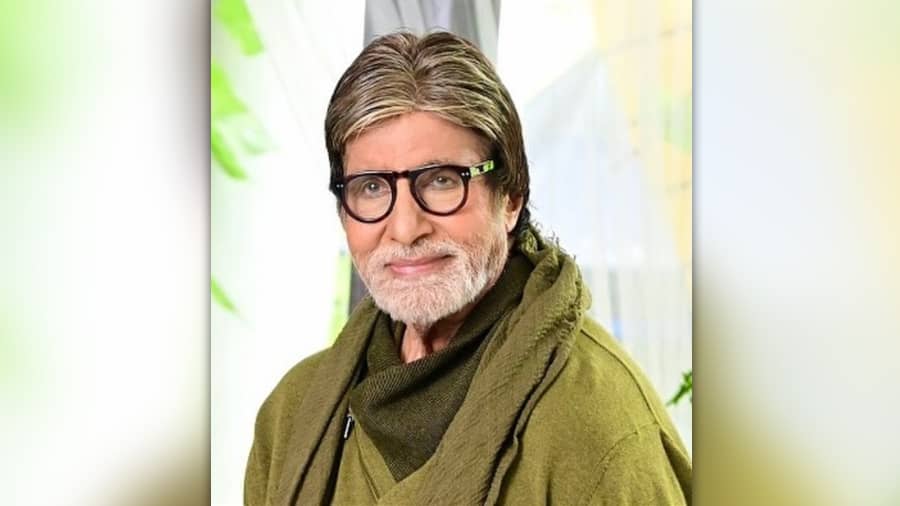 He’s 80 and going stronger than ever, spooling in celluloid ‘miles’ with the roles rolling in and directors still lining up to sign him on. Amitabh Bachchan, they say, was and is still an exciting actor, perhaps the best there ever has been.

From Ramesh Sippy who directed him in the 1975 cult film Sholay to Ayan Mukerji who helmed his latest Brahmastra 47 years later, Bachchan is the man for all seasons and all kinds of films.

"What a wonderful innings it has been and he just keeps getting better. He has played so many varied roles in comedy, drama, romance, dancing and songs. He can do anything and everything perfectly. Has there been anybody bigger or better? I doubt it,” Sippy said as the Bollywood icon celebrates his 80th birthday today.

“For me, to have Mr Bachchan walk in my film is a big deal. He is the father of Indian cinema. He is the most respected person in the film industry,” Mukerji said.

Making his debut with the relatively low profile Saat Hindustani in 1969, remembered all these years primarily for serving as his launchpad, Bachchan exploded on the silver screen with Zanjeer in 1973.

There was no looking back after that, and storytellers across five decades are still trying to decode the success of the man who keeps on reinventing himself - the ‘angry young man’ of Zanjeer, Don and Deewaar; the amiable, fun professor of Chupke Chupke; and the conflicted singing star of Abhimaan in the 1970s.

Then came the 1980s with films such as Shakti and Silsila. The 1990s saw a slump in Bachchan’s career and many of films, including Mrityudata and Lal Baadshah, tanked at the box office.

Bachchan was back in the reckoning the following decade as a television host in Kaun Banega Crorepati in 2000. Twenty-two years later, the show is still running. This is also the time Bachchan transitioned into age-appropriate characters in films. It started with Mohabbatein and continues with varied roles, be it Pink, Cheeni Kum or Jhund.

Sippy recalled the casting for Sholay, which saw Bachchan and Dharmendra as two friends “thick as thieves”.

“I had seen two of his earlier films — Anand in which he played a serious role, it was a difficult role and he stood out, and Bombay to Goa, where he played a lighter and a more boisterous role, which had impressed me a lot. We signed him. A few months later Zanjeer and Deewaar released. By the time Sholay came, he was a rising star,” the veteran filmmaker said.

Sippy, who also worked with Bachchan in Shakti, Shaan and Akayla, said it was exciting to see the megastar recreate magic on screen, both the big and small, even after all these years. “There have been a lot of fine actors and there is absolute respect for all but he definitely stands above everyone.”

They may be in awe of him, but all of Bachchan’s directors have experimented with the roles they offered him.

R. Balki, who first worked with Bachchan on an advertisement campaign, gave him Cheeni Kum, where Bachchan is a 60-something arrogant chef romancing a much younger Tabu, and Paa that sees the star playing a 12-year-old boy afflicted with progeria.

“Every filmmaker thinks of Mr Bachchan first; everybody would love to get a chance to work with him. We all came to the cinema being his fans. I was luckier than some people. I write my films for him. I have been searching for my next film for some years now,” said Balki.

For new-age directors like Ayan Mukerji and Ribhu Dasgupta, the opportunity to direct Bachchan is nothing short of a dream.

While Mukerji cast Bachchan as a guru in his astraverse, sci-fi film, Dasgupta directed Bachchan in the TV series Yudh (2014) and 2016 mystery-thriller Te3n.

Dasgupta has tried hard to keep his fan boy self out of the picture. “I come from Kolkata and we worship him there. There is an Amitabh Bachchan temple in Kolkata. But when I directed him, I had to keep the fan boy out. Also, sir knows everything — where the camera should be, what and where the light should be, etc. He sees what the person in front is doing,” he said.

His latest film Goodbye, directed by Vikas Bahl, opened on Friday. He is now awaiting the release of Uunchai, directed by Sooraj Barjatya.