‘Shoojit Sircar made me a part of Mirza. I am just happy to have got another job!’ 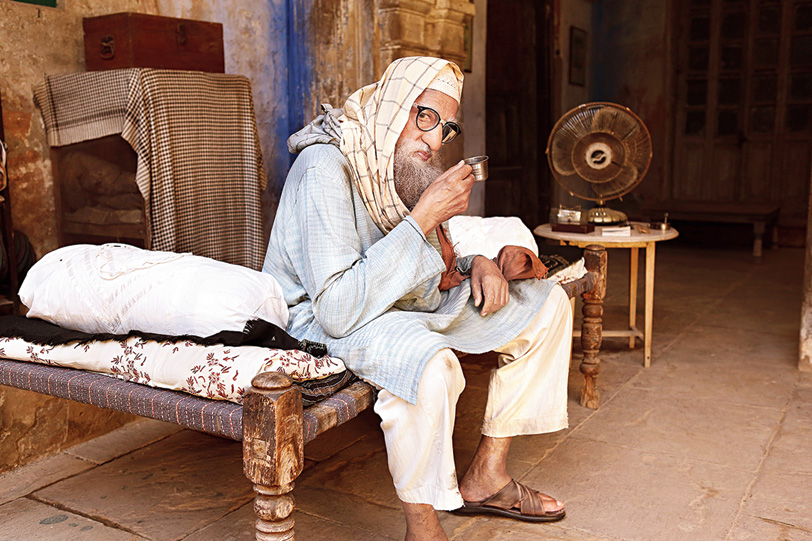 Amitabh Bachchan transforms — yet again — to play a grubby and grumpy landlord in Gulabo Sitabo. The Shoojit Sircar film that captures life in the hustle-bustle of Lucknow and particularly highlights the tenuous equation between landlord Mirza (played by Bachchan) and his tenant Baanke (played by Ayushmann Khurrana) will stream on Amazon Prime Video from June 12.

The 77-year-old superstar took some questions from The Telegraph about the film, his equation with Shoojit Sircar and how his look contributes to the world of Gulabo Sitabo.

The world of Gulabo Sitabo seems very interesting. What made you want to be a part of this world and play Mirza?

It was the ‘want’ of Shoojit Sircar, the director, that made me a part of Mirza and his world. I do not make these decisions, Shoojit does. I am just happy to have got another job!

You are virtually unrecognisable in the film. What was the most challenging bit about getting into the look and how much does it contribute to Mirza the character?

Prosthetics take time and a great deal of care and patience for it to be successfully executed. For #GiBoSiBo, it was no less… three-four hours each day on the make-up chair. Shoojit came with a reference picture of how he wanted Mirza to look, and the team simply followed … as did I !

The challenge with prosthetics is the factor that it retains its look for the duration of the timings of a shoot. With our work done during the summer months of Uttar Pradesh, it was a difficult task to maintain that protocol. But it was managed… and the look does contribute to the character in the film.

You are reuniting with Shoojit Sircar, while this is your first film with Ayushmann Khurrana. What’s the dynamic like with Shoojit on set and what did Ayushmann bring to the table?

I follow the director. He tells me how to walk, speak and perform. Shoojit often does all that for the actor — he being an alumni from the NSD (National School of Drama), or one that has been around them… it is common nature for him.

Ayushmann is a most accomplished talent and getting an opportunity to be in his surround was a learning for me.

To what extent does Lucknow contribute to the tone and texture of the film? What was it like shooting there and having the freedom (courtesy the prosthetics) to interact with the locals?

Lucknow, as a city, has its great history, aesthetics and distinct culture. Shoojit wanted to bring all of that out in his story and he has succeeded in displaying the essence of this remarkable city in the film. Be it the locations, the characters portrayed in the film, the language, the ambience… all of it. It’s a wonderful blend and I am so happy that Shoojit chose Lucknow. There could not have been a better location.

As far as production goes, the management of the city authorities was impeccable. The people were generous, kind and understanding, as were they ‘shooting friendly’. We never faced any issues at all. And we worked in some of the most identifiable locations in the heart of the city.

Which co-star does Amitabh Bachchan share the best chemistry with? Tell t2@abp.in

Badla
Still from the film

The primary drama in this Sujoy Ghosh thriller hinged on Bachchan’s Badal Gupta and Naina Sethi, played by Taapsee Pannu, engaging in a battle of wit and words, with a large part of the action taking place within a room. The two actors, who had shared screen space earlier in Pink, played off each other superbly, giving us an engaging edge-of-the-seat watch that kept us second-guessing their intentions every moment. Their constant thrust and parry — sometimes confrontational, sometimes quietly searing — is what made Badla the film it turned out to be.

The film may have come a cropper at the box office, but most of us lined up for this big-screen spectacle to get a fill of the chemistry between Bachchan and Aamir Khan, paired together for the first time. Well, we were, of course disappointed by the overall film, but there were some scenes — sword battles to the one in which the two carry a plough on their backs by turn and talk about life — that were lifted by the spark that only AB and AK could have brought in.

What can we say about the Amitabh Bachchan-Rishi Kapoor chemistry that hasn’t been said before? The two, who made some of the most memorable films of the ’70s and ’80s, came together two years ago in 102 Not Out, in which Bachchan played the 102-year-old jovial father to the late Kapoor’s 75-year-old grumpy son. From the playful nonk-jhonk to the fun moves in the song Badumbaaa, this was one paisa-vasool ride. If only the film was as good as the chemistry.