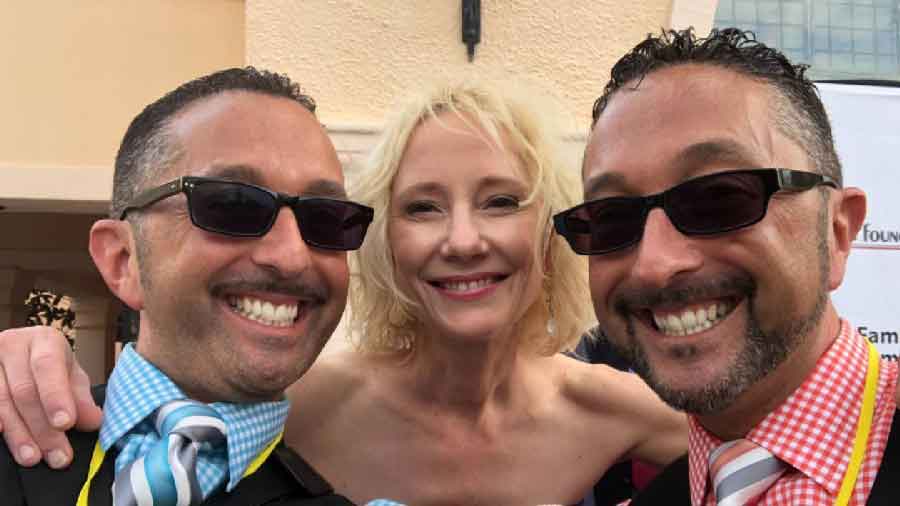 Hollywood actor Anne Heche has been hospitalised with severe burn injuries after she crashed her car into a residential building here.

The crash, which happened at the Walgrove Avenue of Los Angeles' Mar Vista neighbourhood, resulted in the building catching fire and Heche's vehicle was also engulfed in flames, the Los Angeles Times reported.

The Los Angeles Fire Department said in a statement on its website that a female adult found within the vehicle was transported to a nearby hospital by LAFD Paramedics in critical condition".

"Firefighters took 65 minutes to access, confine and fully extinguish the stubborn flames within the heavily damaged structure, and rescue one female adult found within the vehicle, who has been taken to an area hospital by LAFD Paramedics in critical condition. No other injuries reported," the statement read.

A source later told CNN that the driver of the car was 53-year-old Heche.

Entertainment news publication TMZ also reported that Heche was involved in an accident a few minutes before the Walgrove Avenue crash. The outlet posted a video that it claimed showed the actor speeding down a street in her car.

In Hollywood, Heche rose to fame after playing Vicky Hudson and Marley Love in the soap opera Another World. She also featured in hit movies such as Donnie Brasco, Volcano, I Know What You Did Last Summer, Six Days, Seven Nights and Return to Paradise.