Mirzapur Season 2 win in the category for 'Best Web Series’, Suriya Sivakumar and Vidya Balan have bagged the honours for Best Performances in leading roles for their stellar performances in Soorarai Pottru and Sherni respectively 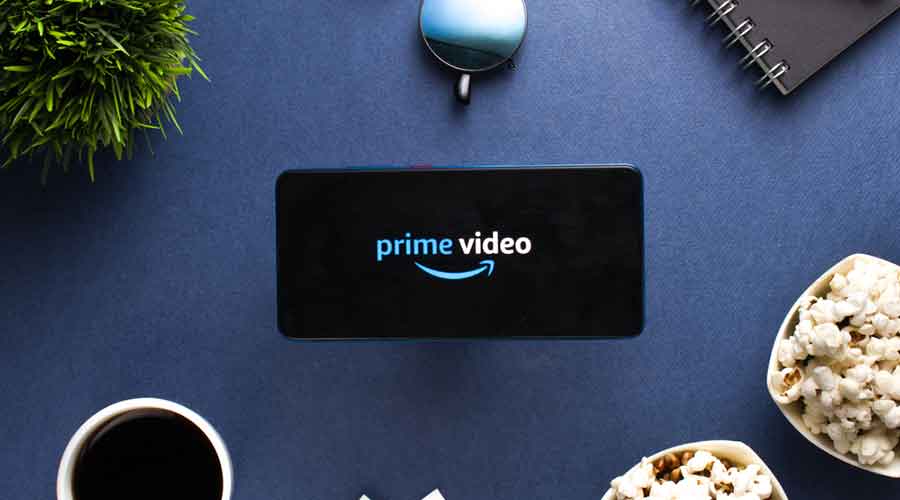 Amazon Prime Video scoops a massive win at the Indian Film Festival of Melbourne (IFFM) 2021 which has announced its winners for the year. From marquee Amazon Originals The Family Man to Mirzapur Season 2, Sherni and Soorarai Pottru, the streaming giant has earned accolades for its most coveted titles at the prestigious event.  Indian Film Festival of Melbourne is the largest of-its-kind festival in Australia celebrating the best of Indian cinema in all its forms. The festival showcases a wide range of Indian content and encapsulates the best of entertainment from Indian sub-continent.

The Family Man ‘Srikant Tewari’ has aced his TASC yet again with Manoj Bajpayee winning the award for ‘Best Actor (Male) in a web series’.
Wikipedia

While India’s most loved hinterland crime drama Mirzapur Season 2 has won in the category for ‘Best Web Series’, Suriya Sivakumar and Vidya Balan have bagged the honors for Best Performances in leading roles for their stellar performances in Soorarai Pottru and Sherni respectively. Post a stupendously successful second season, The Family Man ‘Srikant Tewari’ has aced his TASC yet again with Manoj Bajpayee winning the award for ‘Best Actor (Male) in a web series’. Marking her digital debut with this espionage thriller, Samantha Akkineni who enthralled the audiences with her dark and intense portrayal of the ultimate nemesis has also won the award for ‘Best Actor (Female) in a web series’. In addition to this, Malayalam family drama, The Great Kitchen has earned the recognition for in the category of ‘Equality in Cinema (Feature)’.

*Here’s the list of the awards won by Amazon Prime Video:*

Amazon Original Series, Mirzapur Season 2 has been recognized as the “Best Web series”

Vidya Balan has won the “Best Performance (Female)” for her role in Amazon Original Movie, Sherni

Manoj Bajpayee has won “Best Performance in a web series (Male)” for his phenomenal performance as Srikant Tiwari in Amazon Original Series, The Family Man

Samantha Akkineni has won “Best Performance in a web series (Female)” (Female) for her role as Raji in Amazon Original Series, The Family Man

Malayalam family drama, The Great Kitchen on Amazon Prime Video has won the recognition for ‘Equality in Cinema (Feature)’

Sharing their excitement on the awards, Amazon Prime Video spokesperson said “At Amazon Prime Video, it has been our goal to bring forth stories that connect, inspire, provoke thought and at the same time entertain our audiences across the world. Keeping our customers and their needs in mind; we work customer backward. The many wins at the prestigious Indian Film Festival of Melbourne are a reinforcement that our efforts to create and curate for our consumers is working. It’s also a recognition of the hard work of the team, the entire cast and crew of our titles. From Mirzapur S2 to The Family Man to Sherni and Soorarai Pottru, each of our Amazon Original titles have managed to captivate audiences by their riveting storylines and superlative performances. The last year wasn’t an easy year for any of us, at Prime Video we are happy to bring joy to the safety and comfort of consumers’ homes across the world.”

Sharing his excitement on the win, Puneet Krishna, Creator, Mirzapur Season 2 said “I am thrilled beyond words for Mirzapur’s win at Indian Film Festival of Melbourne. As a creator for Mirzapur, the series is extremely close to my heart. It has been an incredible experience to unfold the riveting universe of Mirzapur to audiences worldwide replete with the most distinct characters, each of whom have unique nuances to portray. In the second season, we widened the canvas, made it grittier and fiercer whilst upping the ante and weaving in more characters into the narrative. And it has surely worked in our favour. This recognition at a prestigious platform like Film Festival of Melbourne is reflective of the popularity of Mirzapur and its standing amongst the audience. I am thankful to Excel Entertainment and Amazon Prime Video for giving me this opportunity.”

On being awarded the Best Performance (Female), an elated Vidya Balan remarked, “I am thrilled at receiving this award at the Indian Film Festival of Melbourne. Sherni has been special for me not only for the character I got to play but because it delved into a space, lesser explored in cinema. It's a relevant subject that needed to be told. This award is for my team.I am also thankful to the audience for all the love and this award is the icing on the cake."

On Soorarai Pottru’s big win, lead actor and producer of the film Suriya said “It’s double the celebration for us with Soorarai Pottru winning the award for Best Film at the Indian Film Festival of Melbourne and the Best Actor award being bestowed on me. This film has been made with a lot of heart and to finally witness it getting recognized at a global platform is heartwarming and incredibly special. It’s a huge honour for us as a team and I am thankful to Amazon Prime Video for making the film reach audiences globally and my fans for showering so much love.”

Commenting on his win as the Best Actor in a Web Series (Male), Manoj Bajpayee said “I am superbly excited and humbled for the win at Indian Film Festival of Melbourne. As a character, Srikant Tiwari’s sense of conflict was his biggest highlight and it enabled me to explore the finer nuances of humour, drama, thrill, all rolled into one. I will always be short of words to describe the adulation The Family Man has garnered world over and this award just scales up the honour further. As an artist, I am inspired and motivated to do better with every role that comes my way hereon and stay true to my craft.”

As somebody who has seen several ups and downs in his close to a three-decade-long career in the entertainment industry, actor Manoj Bajpayee says he has learned to not let his professional achievements or failures define him as an artiste.

"It's been 26 years in the industry and I have been through so many emotions, excitement, success, and failures. All this has just become a part of my life. They don't define my craft or me as an actor or person. I'm a realist and don't get swayed by success or depressed by failures," Bajpayee told PTI.

"The Family Man" first premiered in 2019 and marked the critically-acclaimed actor's successful foray into digital space.

The show is an addition to Bajpayee's ever-growing list of memorable performances, which includes films like "Satya", "Shool", "Gangs of Wasseypur" franchise, "Special 26", "Aligarh" and "Bhonsle".

On being awarded Best Actor in a Web Series (Female), Samantha Akkineni said, “I am absolutely elated to receive this award. It was a dream come true for me to make a digital debut on Amazon Prime Video in The Family Man, which has captivated audiences worldwide with its gripping storyline and edge-of-the-seat thrill.  “Raji” was one of the most layered and intense roles of my career that called for a lot of preparation and forced me to dig deep. I am thankful to Raj & DK for conceiving such a powerful female character and for being able to see me beyond the 'cute girl’ image that many couldn’t look past. I am grateful to the jury at Indian Film Festival of Melbourne for this honour and I look forward to more of such groundbreaking roles as an actor.”