‘We still live in patriarchal world’, the mother-to-be wrote in her Instagram story 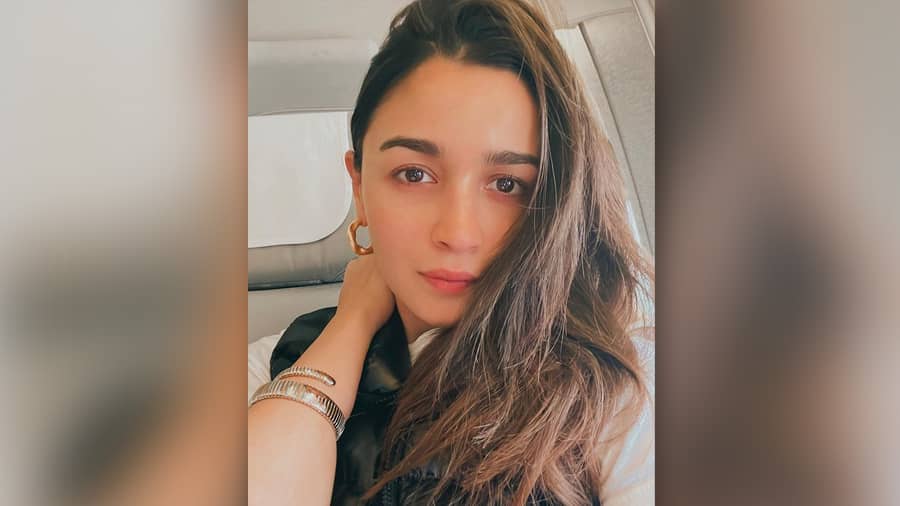 "I'm a woman not a parcel," actress Alia Bhatt said on Tuesday, slamming various media reports claiming that her husband Ranbir Kapoor will pick her up from the UK and that she will be taking rest after completing her work commitments to focus on her pregnancy.

In a note shared on her Instagram Stories, Alia criticised articles claiming that her husband Ranbir Kapoor will be travelling to the UK, where she is filming her Hollywood debut "Heart of Stone", to bring her back home.

"Nothing has gotten delayed! No one needs to PICK anyone up. I'm a woman not a parcel. I do not need to REST at all but good to know you'll have a doctor's certification as well," the actress, who recently broke the news of her pregnancy on social media, wrote.

Alia also posted a screenshot of a news portal’s Instagram page which reported that she had planned her pregnancy in a way that it doesn't affect her work.

Alia, who tied the knot with Ranbir, 39, in April, shared the pregnancy news on Monday on Instagram.

Soon after the announcement, the couple was showered with congratulatory messages from family, friends and fans.

In a separate post, Alia said she was overwhelmed with all the love coming her way.

"Overwhelmed with all the love! Have tried to read everyone's messages and good wishes and all I want to say is, it truly feels so special to celebrate such a big moment in our lives with all your love and blessings! Thank you to every single one of you," she said.

On the work front, Alia will next be seen in Brahmastra: Part One Shiva alongside Ranbir. She will also be seen in Karan Johar's directorial venture Rocky Aur Rani Ki Prem Kahani and Darlings, which marks her debut as a producer.