The film, titled Vedat Marathe Veer Daudle Saat, is set to be released in cinemas on Diwali 2023 in Marathi, Hindi, Tamil, and Telugu 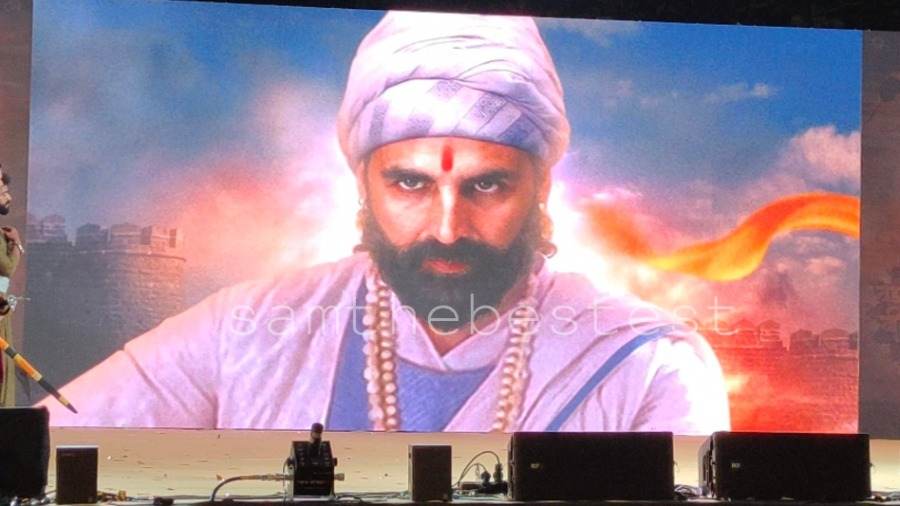 The actor said it was a huge task to play the role of the Maratha warrior king and he would give his best.

“I am playing the role of Chhatrapati Shivaji Maharaj. I got the role because of Raj Thackeray. It is a huge task, and I would like to say that I will give my best," Akshay told reporters at a press conference of the forthcoming film.

Mahesh said Kumar was the apt choice for the role. “It was my wish to work with Akshay. And for this role I couldn't see any other actor but him. We wanted a certain personality and look and Akshay had the apt image to play a Hindu raja.”

The makers shared the first glimpse of Kumar as Chhatrapati Shivaji Maharaj. The actor said the team will further work on the look. “To play the role of such a legendary personality is a huge responsibility . I am so happy about this. It is  a dream-come-true kind of role,” he added.

Vedat Marathe Veer Daudle Saat, produced by Vaseem Qureshi, is set to be released in cinemas on Diwali 2023 in Marathi, Hindi, Tamil, and Telugu.